Thousands of people drown trying to reach Europe — an estimated 1,250 did so in April alone. By denying desperate people the opportunity to cross borders legally, European governments are driving them to risk death.

What if Europe — or the United States — took a different approach: allow people to come and go freely?

Defenders of the “Fortress Europe” policy are adamant: If Europe abandoned immigration controls, it would be swamped with foreigners and our economies and societies would collapse. It’s a deep-rooted fear, as if immigrants were the barbarians at the gates.

But most people don’t want to leave home at all, much less forever, and many people can’t. Those who do move don’t all want to go to the same place. And far from being a burden on society, let alone an invading army, newcomers have much to contribute. 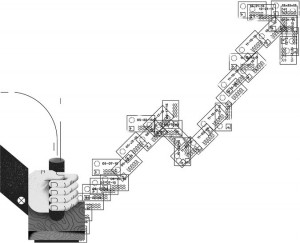 Consider the evidence. In 2004 and 2007, the European Union admitted 10 much poorer, ex-Communist countries. Since European Union citizens have the right to move freely across the union, all 100 million people in those Central and Eastern Europe states could have migrated to the richer countries.

One might have anticipated many people doing this, since average incomes in Sweden were more than eight times higher than those in Romania. (By comparison, gross domestic product per person in the United States is about five times that in Mexico.) Yet only about four million Eastern Europeans have migrated since 2004, while many come and go.

Open doors tend to be revolving ones. America’s historical experience confirms that.

Until the 1950s, when the United States scarcely controlled its border with Mexico, Mexicans crossed to do seasonal work, but few settled. Most people prefer not to uproot themselves. Moreover, wages that migrants earn in a rich country stretch further in a poor one. And someone who works abroad has higher status back home, whereas immigrants start at the bottom of the social heap in a rich country.

Perversely, American efforts to close the border led to a surge in permanent settlement: People rushed to move before controls tightened, then stayed for good. Europe’s experience is similar. Spain did not introduce immigration controls for North Africans until 1991. Before then, they may have come to pick the harvest, but they didn’t pile on fragile boats to move to Europe. Fears that Europe would be “swamped” if it opened up are misconceived.

But if there were a big increase in immigration, either through an open-door policy or because more foreign workers and refugees were admitted, what would its impact be?

The sudden arrival in Israel in the early ’90s of many Russian-speaking Jews after the collapse of the Soviet Union provides an extreme example. These migrants mostly didn’t speak Hebrew, had no experience of capitalism and moved for political reasons rather than because their labor was in demand.

The newcomers raised Israel’s working-age population by 8 percent over just two years, and by 15 percent over seven. This would be equivalent to 50 million foreigners of working age arriving in the European Union. Did unemployment soar and wages collapse?

No; after seven years, the unemployment rate was lower and wages were at their previous levels. This is because there isn’t a fixed number of jobs to go around, and new arrivals create additional demand for others’ work. The labor influx also stimulated an investment boom that soon restored wages.

A recent European Commission study likewise confirms that Eastern European migrants have not harmed local workers in Western Europe. To make the most of newcomers’ talents, it helps if the labor market is adaptable and temporary work easy to obtain.

Since Europe’s huge debts, weak investment and demographic decline are creating fears of “secular” — that is, long-term — stagnation, increased migration could be the tonic that an aging Continent needs in coming decades. Without immigration, the European Union’s working-age population is projected to fall from 336 million in 2010 to 300 million in 2030, while the number of people age 65 and over is set to soar from 87 million to 123 million over the same period. Newcomers could also help pay for the baby boomers reaching retirement. Providing care for the elderly is Europe’s fastest growing field of employment.

Studies by the Paris-based Organization for Economic Cooperation and Development show that migrants tend to be net contributors to public finances. Educated abroad, they are typically young and healthy, and unlikely to be eligible for a pension if they leave again. Far from being a threat to Europe’s welfare programs, increased migration could make them more sustainable. An influx of new taxpayers would also alleviate the debt burden of the existing population. Since public debt per person in the European Union is nearly 25,000 euros (or $27,700), a 10 percent increase in the population would reduce debt per person by some 2,300 euros ($2,550).

Better still, diverse and dynamic newcomers can help spark the new ideas and businesses that would lift Europeans’ living standards. In Britain, migrants are nearly twice as likely as locals to be entrepreneurs. Like starting a business, migration is a risky venture that takes hard work to make it pay off.

The biggest benefit of all, of course, is that the Mediterranean Sea would no longer be a watery grave. And people much poorer than ourselves could enjoy a bigger leap in living standards than any foreign aid would achieve. Europe should have the courage to open up.

Philippe Legrain, an economic adviser to the president of the European Commission from 2011 to 2014, is the author of European Spring: Why Our Economies and Politics Are in a Mess — and How to Put Them Right.