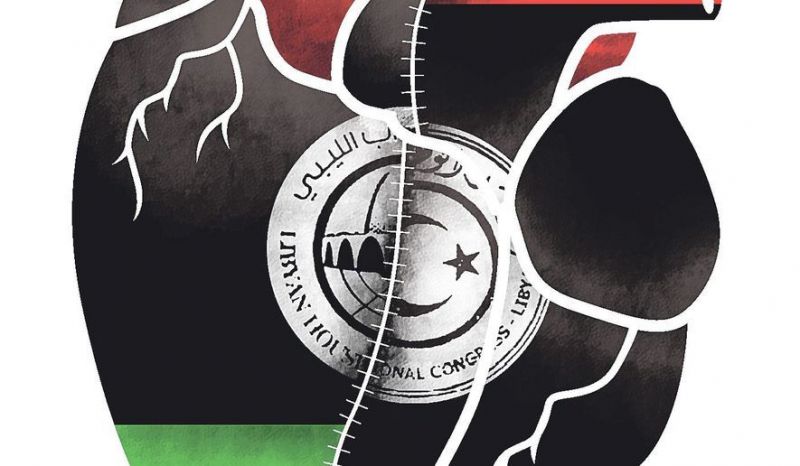 We all remember how in February 2011 the Arab Spring reached Libya, and Libyans came together to overthrow a 42-year-old dictatorship that crushed any semblance of democracy, freedom and free will. Timely assistance from NATO halted the Gadhafi regime from quashing the uprising, and with the West’s help, armed militias from across the nation overthrew the dictatorship.

Throughout its existence, the Gadhafi government blocked the development of a national identity by basing our identity on regional and tribal affiliations instead. This was done intentionally to preclude a strong national opposition. Once the regime collapsed, in the absence of any legal opposition parties, the country was left in a power vacuum and each militia that was instrumental in the revolution saw itself as its backbone and protector. But since the revolution ended quickly, the militias never developed the trust and bonds needed for future cooperation.

With no Libyan army or national security force available to rein in the heavily armed militias, the National Transitional Council put them on payroll, ostensibly under government command. Still, the militias were concerned that the revolution could be overturned, and they refused to cede their new power and influence.

Even after democratic elections in July 2012, the new General National Congress was unable to impose its writ on the entire country and control the militias, and the situation deteriorated as competing government factions were unable to form the cooperative trust needed for progress.

When the mandate of the General National Congress was set to expire in February 2014, the newly elected Constitutional Assembly had still not finished writing the new constitution. Extremist self-interested elements exploited the situation and moved forward on their own agendas. As a result, the prime minister was forced out of office, and an independent a rogue army general (who had originally served Gadhafi but later joined the revolution) campaigned in May 2014. Fearing another Gadhafi, most Libyans refused to support him.

Groups began fighting, and while some saw this as a clash between Islamists and secularists as to whose vision for Libya’s future would win out, no single group garnered enough power to rule the country. At that same time, the Constitutional Committee of the High Court of Libya ruled that the election by the General National Congress of new Prime Minister Ahmed Maetig was unconstitutional and ordered a replacement interim government in the form of a new House of Representatives in June.

That election saw small turnout, and the new House of Representatives members never came to Tripoli because of heavy fighting there by two rival militias. Tripoli was then taken over by a moderately Islamist group called Dawn while Tobruk was controlled by a moderately secular group called Dignity.

To break this impasse and end the fighting, both sides announced they would abide by the ruling of the High Court of Libya as to the legality of each government.

Recently, the Constitutional Committee of the High Court issued a decision nullifying the election of the House of Representatives, which sparked disagreements. Still, no one is disrespecting the decision; the court has ruled, and now Libyans must consider how to use this for Libya’s future.

This is why the international community that supported the 2011 revolution must press the two rival governing factions to create a united government.

Events in Syria, Iraq, Egypt and other neighboring nations show what can happen without a unified government. To avoid the kind of chaos that arose in those countries, the House of Representatives and the General National Congress should both play a role helping the Constitutional Assembly draft a new constitution that will replace both legislatures with a permanent legislature that will result in a unified government for all Libyans.

Instead of allowing Libya to become another Lebanon or Syria we should strive to follow the model of Malaysia or Indonesia. Despite their strong ethnic and regional differences, those countries also cherish their national identity. Malaysians identify themselves as of Malay, Chinese or Indian ancestry, but they are Malaysians first. We Libyans can continue to be Cyrenacians, Misuratans and Tripolitanians, but we must first think of ourselves as Libyans rather than regional identities.

To achieve a unified Libya, we must rein in the armed groups before violence destroys our fragile nation. If we put Libya first and foremost in our thoughts and prayers, we can end the violence and create a truly prosperous and successful Libya.

Dr. Esam Omeish is a Libyan-American surgeon and chairman of Libya First.