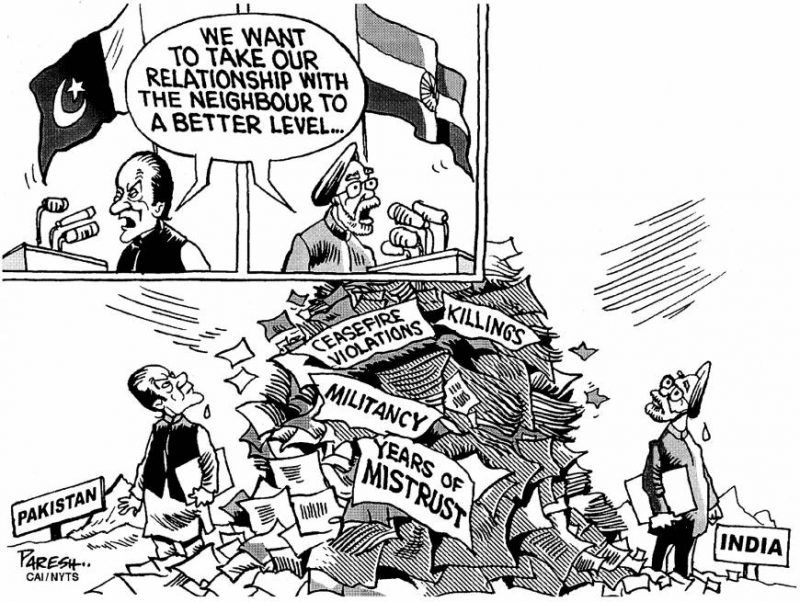 The savagery of the slaughter of 132 schoolchildren and nine teaching staff in Peshawar last month stunned even hard-bitten politicians and journalists used to senseless atrocities. The terrorist killers riddled students with bullets and forced schoolchildren to watch as they burned a teacher alive.

Such a horrific deed, leading commentators declared, should prove a turning point, if not a tipping point, finally to force Pakistan’s squabbling factions, the nominal political rulers, the army commanders, the insidious army intelligence, the judges who have given the shelter of the law to terrorists, to put their heads together and pull Pakistan back from becoming a failed state.

That is too much wishful thinking: It would need a quantum leap in imagination, creativity and cooperation between nasty antagonistic players who have their own petty empires to defend, and who are egged on throughout by bigger powers who, frankly, don’t give a damn about Pakistan or the health and safety of its schoolchildren.

From the start, Pakistan was a mess, born out of bloodshed, murder and mayhem. Founder Muhammad Ali Jinnah described it as “moth-eaten” because its west and east wings were cut off by India. An estimated million people were killed in 1947 as 10 million migrated from India to Pakistan and from Pakistan to India.

The Pakistan military’s senseless slaughter in overturning the election result in East Pakistan and the war of 1971 sucked in the global powers, especially the United States, China, the Soviet Union and India, for whom Pakistan was a pawn in their bigger games.

My first taste of Pakistan came on an October night in 1969 as 10 of us trundled in a Land Rover along the rutted road beside the banks of the Ravi River outside Lahore. It was almost 10 p.m., but we were welcomed with open arms by our host, whom none of us had ever met and to whom we had given no advance warning of our arrival. Our only connection was that one of us knew the daughter of the family and she had said that if we were ever in the vicinity, her parents would welcome us.

They did, and even excused themselves for not being properly prepared because they had just finished a dinner party. They cleared the table, prepared fresh food for dinner and beds for us all. It is hard to imagine such generosity being spontaneously offered in the United Kingdom or the U.S. or Japan — but it was the kind of hospitality that I also received a few days later in India.

They also gave free political lessons about the Indian subcontinent. He was a retired brigadier in the Pakistan Army, a fair-skinned and upright Pathan in every sense, married to a lively dark-skinned Bengali convert from Hinduism. She joked that her husband had been the key player in putting Ayub Khan into power in 1958 because he had a “stubborn and rather stupid sense of duty instilled at Sandhurst.”

The brigadier defended the Lahore front in 1965 brilliantly, but was sacked as a scapegoat for Pakistan’s defeat, but then invited back to give lectures at the army staff college when his achievements were belatedly recognized.

They warned that East Pakistan was unstable, and likely to succumb to Bengali nationalism unless the generals ruling Pakistan woke from their drunken stupor to understand how neglected the Bengalis felt.

Pakistan in those days was safe. (So too was Afghanistan. In the early 1970s I made several trips and climbed the hillside shanties of Kabul, taking pictures, with no worries for my safety other than that I might slip on the steep path or tangle with a goat.)

Peshawar and the frontier regions of the Khyber pass and Baluchistan were fine, provided you did not trespass on tribal customs. Pakistani women went out without veils in the cities. Draft beer brewed in Pakistan was on tap in major hotels, and privileged journalists regularly sipped superior Scotch in his hotel suite with the once and future leader of Pakistan, Zulfikar Ali Bhutto.

But 1971 brought the terrible beauty of Bangladesh and utter defeat for the Pakistan Army. Bhutto took power. He could — should — have accepted the defeat as evidence of a changed world to create a more manageable Pakistan, with enough challenges for his political genius. He made an uneasy peace with India as the price of bringing home 93,000 prisoners of war. But in Bhutto’s mind, India remained the enemy, which allowed Pakistan’s defeated army to grow its claws again, helped by weapons from China and the U.S.

Bhutto, sadly for Pakistan and for himself, played a devilishly corrupt game with everyone. He was unable to accept opposition rule in the frontier and Baluchistan, using violence to create continuing instability. He played politics with the judiciary and army.

Worst, he roused religion, renaming the country an Islamic state, betraying Jinnah’s promises that people of any religion could feel safe in Pakistan.

This involved more than his own drinking habits: It encouraged men with little education to set themselves up as mullahs and paved the way for General Zia-ul Haq, who overthrew Bhutto and had him hanged, to intensify the Islamic campaign.

Bhutto also became the father of the Islamic atomic bomb. He was famously reported as saying: “Pakistan will fight, fight for a thousand years. If … India builds the (atomic) bomb … (Pakistan) will eat grass or (leaves), even go hungry, but we (Pakistan) will get one of our own.” The legacy of Bhutto’s downfall and death was that the military back re-entered politics with a vengeance.

Moscow and the Americans made their major contribution to destabilizing Pakistan when the Soviet Union invaded Afghanistan, and the U.S. used Pakistan as a conduit and proving ground for rebel fighters to arm and train for the assault on the godless enemy in Afghanistan. Be careful what you wish for: The Americans got the Soviet Union out, but created new lawless badlands across whole swaths of Afghanistan and Pakistan, triggering the deployment of shadowy nonstate, quasi-state and secret state players, all in their own games.

Fast-forward to the expressions of horror at the Peshawar massacre. It was the largest and most outrageous of terrorist attacks on Pakistan’s educational establishments. Have we forgotten Malala Yousafzai so quickly?

Even though the commentators are almost certainly wrong that the Peshawar massacre will create a tipping point in Pakistan’s history, they are right that it is high time for the country and its leaders to come to their senses.

Professor Ramesh Thakur of Australian National University wrote recently in these pages that to rescue the state, Pakistan’s military must be brought under civilian control and all intelligence links to Islamist militants severed.

Wise words, but it is not easy to accomplish them. Pakistan has too many armed and dangerous players with lucrative empires to defend and foreign backers with deep pockets.

Too many Pakistanis still accept a distinction between “bad” terrorists or Taliban — who attack Pakistanis — and “good” ones — who attack India or other enemies. Former U.S. Secretary of State Hillary Clinton’s warning of 2011 that it is dangerous to breed poisonous states in your backyard to bite your neighbors has not been heeded. More than 50,000 Pakistanis have died in terrorist attacks since 2001.

Pakistan has to get over its fixation with India, and realize that it must work out its own salvation. It could do with some help from its friends who have directly or indirectly funded its path to a failing state. Sadly there is little sign that other players in the modern great game have understood that they have a responsibility if Pakistan is to be pulled back from the brink.

Kevin Rafferty, a professor at the Institute for Academic Initiatives, Osaka University, previously worked at the World Bank.