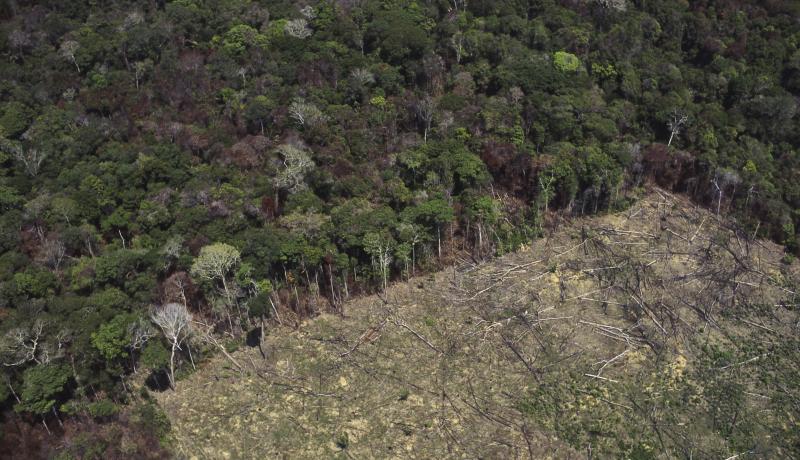 As countries and businesses seek to find ways to meet the emissions targets laid down in the Paris Agreement, it’s not only the energy sector that may find itself out on a limb, struggling with the prospect of stranded assets.

Usually associated with fossil fuels, stranded assets are investments made in a commodity that at some point down the line loses its economic value. This can occur through physical impacts, like the recent El Nino-fueled drought in southern Africa or rising sea levels, technological advancements, such as the hydrogen car, or regulatory changes, as countries implement low-carbon policies.

With global investment in agriculture and forestry increasing, new research from Chatham House finds that while there are significant regulatory and physical stranding risks due to climate impacts (and actions to mitigate climate change), such risks are not being considered in national low-carbon development plans − or by investors.

Mark Carney, governor of the Bank of England, has highlighted the ‘tragedy of the horizon’, referring to the shortsighted five- to 15-year timeframe most investors are unwilling to look beyond. As the United Nations meets in New York this week to discuss the progress on the Sustainable Development Goals (SDGs), to be achieved by 2030, the financial community also needs to consider the effects sustainable development policies might have on their investments further into the future.

Efforts to achieve the SDGs – particularly in relation to food security, halting deforestation and taking action to mitigate climate change – together with the Paris Agreement, will increase the regulatory risks of stranded assets in the forest and agriculture sectors.

In Brazil, where the expansion of ethanol production is part of its emission reduction strategy, land competition between biofuels and food is likely to be exacerbated by physical climate impacts. It is estimated Brazil could lose 11 million hectares of cropland over the next 15 years due to changes in rainfall patterns and soil moisture. Such land competition may lead to asset stranding for investments in biofuel production as demand for food increases. External policy initiatives like the EU’s action plan on deforestation could affect the value of other agricultural commodities in Brazil, such as soy.

In Malaysia, there are a number of policies to promote economic transformation as well as reduce greenhouse gas emissions.  However, these ambitious strategies include some potential contradictions, and so their implementation is likely to be a challenge for the government. In particular, a failure to recognize the regulatory changes that could affect the palm oil sector in the future increases the chances of stranded assets. This will have implications for investors as well as the government, which may ultimately face many of the costs of stranding.

However, the financial implications of stranding, estimated to effect $6.3 trillion to $11.2 trillion worth of agricultural investments, should not deter regulatory efforts to combat climate change. Turning back on climate commitments would only exacerbate the physical climate risks and mean more drastic losses for investors and the planet in the long run.

Even if governments stay on track to meet the two degrees target laid out in the climate agreement,  major physical climate impacts will be inevitable, including rising sea levels and increased frequency of extreme weather events. The Paris Agreement sets out a global goal to enhance adaptive capacity and highlights the importance of addressing loss and damage associated with climate change including through more comprehensive risk assessment, insurance and pooling solutions.

However, there is little evidence that these physical climate risks have yet been considered either by investors or governments. For example, in Malaysia, sea-level rise is expected to inundate low-lying oil palm plantations in the next 20 years. In Liberia, climate change is already affecting agricultural productivity. Given that future investments focus on perennial crops such as palm oil and rubber, physical climate risks should be high on the agenda of investors, but they aren’t.

With consensus on climate change now widespread, further research should be undertaken to look at how future climate impacts and mitigation strategies might create stranded assets in the forests and agriculture sectors.