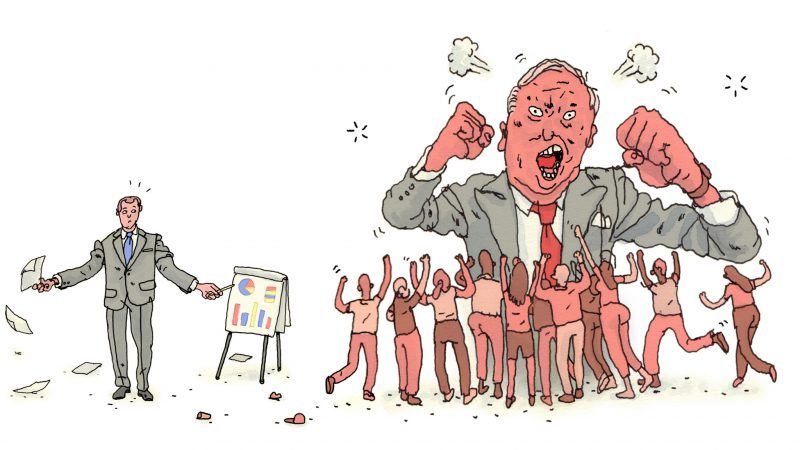 Dark clouds have been hovering over Europeans who believe in an integrated, tolerant and open Continent. First came Britain’s vote to leave the European Union in June, followed by Donald J. Trump’s election. Nationalists and right-wing populists seemed to be on the march. And Europhiles looked nervously ahead to a string of elections in 2017, any one of which could herald the moment when the European project began to unravel for good.

These people might be forgiven for savoring the feeling of respite recently.

The first round of France’s presidential election, on April 23, put the passionately pro-European Union independent candidate, Emmanuel Macron, ahead of Marine Le Pen of the far-right National Front. Polls now heavily favor Mr. Macron to beat Ms. Le Pen in the second round on Sunday. That election followed one in the Netherlands in March in which the openly Islamophobic and fervently Euroskeptic candidate, Geert Wilders, did worse than expected. And in Austria in December, the far right’s Norbert Hofer narrowly lost the presidential election to Alexander van der Bellen, a former Green Party leader.

In light of all this, many now claim that right-wing populism has peaked, and the European Union has walked back from the brink of self-destruction. But while there are many positive lessons to be drawn from the recent elections, triumphalism, which leads to complacency, would be dangerous and misplaced.

Something hasn’t peaked until it has started to decline — and to date the far right has only been ascendant. Ms. Le Pen’s National Front added around 1.2 million votes to its first-round result in 2012. Mr. Wilders’s Freedom Party now has 20 seats in the Dutch Parliament, a gain of five from 2012. The previous candidate from Mr. Hofer’s party received about 15 percent in the last presidential poll in 2010, while Mr. Hofer topped the vote in the first round and got 46 percent in the run off.

And the far right’s influence isn’t felt only at the voting booth. Derogatory language once unthinkable in a union shaped by its experiences during World War II are now commonplace. The second biggest party in the Netherlands is led by a man who has called people of Moroccan origin “scum.” Violent attacks by far-right extremists are on the rise. Germany reported nearly 10 hate crimes a day against migrants and refugees in 2016. Mayors across the Continent are under police protection because of threats from the extreme right. (And anyone under the illusion that the values of human rights, tolerance and dignity for all — enshrined in European Union treaties — can be taken for granted should visit the camps in Greece where around 62,000 refugees are trapped, many of them in dire conditions.)

But there is also plenty to celebrate for people who believe that Europe will be safer and more prosperous if countries work together and keep their doors open to the world, rather than retreat into nationalism and isolationism. And there are lessons to be learned. The biggest winners have been those leaders who embraced liberal, pro-European Union values with the same passion and emotion as the populists. Meanwhile, the traditional mainstream parties that have responded by shifting their own rhetoric toward the right have fared less well.

In the Netherlands, the Green Left party, led by the charismatic Jesse Klaver, openly embraced the Dutch tradition of tolerance and diversity with the same fervor that Mr. Wilders applied to his hatred of Muslims. Consequently, the party soared from four seats to 14. The party of the incumbent prime minister, Mark Rutte, on the other hand, lost eight seats after he made last-minute attempts to woo Wilders voters with an open letter saying that migrants who don’t integrate should leave the country.

In France, Mr. Macron matched Ms. Le Pen’s strident Euroskepticism and anti-refugee language with an unashamed passion for continental unity and multiculturalism. He praised Chancellor Angela Merkel of Germany, who he said “saved” Europeans’ “collective dignity” when she opened her country’s doors to those fleeing persecution. Speaking of the European Union, he declared that “we are Europe; we are Brussels.” It looks set to pay off when French voters return to the polls on Sunday.

But this kind of language was utterly absent from the Remain campaign before the Brexit referendum, where leaders were too embarrassed or fearful to show such emotional support for the European Union and instead tried to make their case using facts and figures.

Europe’s next crucial election will be held in Germany in September. The far-right Alternative for Germany is forecast to get its first seats in Parliament, riding on a wave of hostility to migrants. Ms. Merkel has responded by watering down some of her open-door policies, and has backed a partial ban on the facial veil. The good news is that Ms. Merkel’s biggest challenger is not from the right, but a Social Democrat: Martin Schulz, a former president of the European Parliament who is even more pro-European Union and pro-refugee than she is.

In all these elections, there are many domestic concerns affecting the outcome and they cannot be seen solely through the lens of support for the European Union or immigration policy. But there is one overarching message: You win by matching the emotions of the nationalists, not by pandering to them.

Charlotte McDonald-Gibson is the author of Cast Away: True Stories of Survival From Europe’s Refugee Crisis.