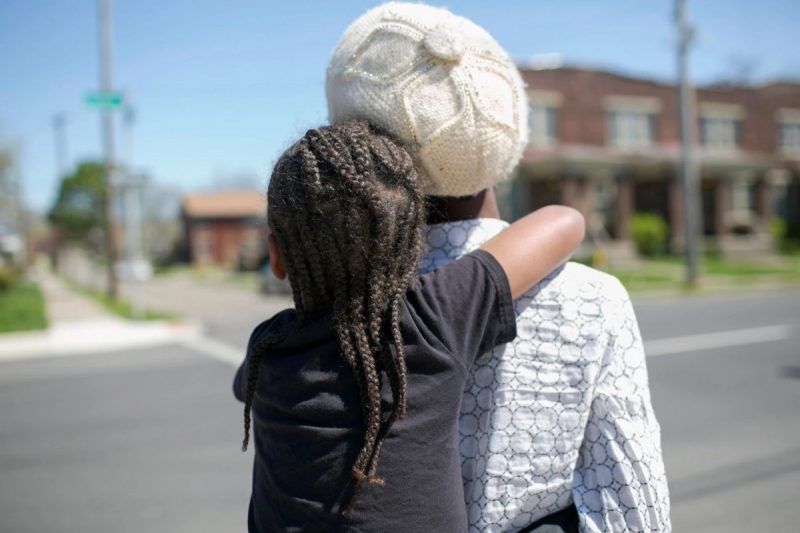 This interview on power for the Big Ideas was conducted by Mr. Yancy with Cornel West, a professor of the practice of public philosophy at Harvard University and professor emeritus at Princeton University. Mr. West is the author and editor of more than 30 books, including “Black Prophetic Fire” and “The Radical King.” The interview was recorded, transcribed and edited for publication.

George Yancy: When we talk about power, we often mean something negative. How do you see power as positive?

Cornel West: I think any time you talk about something as basic as power, you’re talking about something that can either be very positive and liberating, or something negative or dominating. When people talk about women’s power, or black power, or workers’ power, it has to do with people from below, there’s no doubt about that.

However, when you talk about monarchical power, or corporate power, or patriarchal power, or homophobic power, then that’s power from above being imposed on those below. That sort of power is to be understood as something as elemental as one can get. In that sense Friedrich Nietzsche was right: Power is always already operating.

G.Y.: Absolutely. In fact, when you were talking about women’s power, or black power, or, let’s say, indigenous power, it reminded me of a quote by Martin Buber: “Power abdicates only under the stress of counterpower.” And so it seems to me that what you are describing as “power from below” is a kind of fruitful counterpower.

C.W.: Absolutely. Yet you can imagine in the case of Martin Buber, the issue of Palestinian power from below vis-à-vis Israeli power, especially linked to occupation. Because you know the story of Martin Buber and Edward Said, [who claimed that] Buber ended up taking his parents’ house. It’s a controversial issue — the facts of that claim have been widely disputed — but it amounts to a fascinating conversation between Said and the Buber legacy, because while Buber represents the height of humanism at its best, even he could be entangled in certain negative kinds of power that reinforced domination, in this case the domination of the Palestinians.

G.Y.: Yes, it’s fascinating how there can be these contradictions.

C.W.: We know power is shot through us, and there’s a lot of negative in us, and there’s a lot of positive in us. So when Stokely Carmichael gets up and talks about black power, we applaud, but when it comes to patriarchal power, we don’t have a whole lot to say for a long time. The same would be true of trans power, or gay, lesbian and bisexual power, or workers’ power, and we can go on and on. These are inescapable issues.

This is why it’s so important that we read W.E.B. Du Bois, Max Weber, Karl Marx, Simone de Beauvoir, C.L.R. James. These are folk who are always talking about power, in a variety of different forms, be it imperial or personal.

Now, what a lot of people don’t like to talk about, but I think is very important, is moral power, spiritual power and intellectual power. And it’s because, of course, we live in an age in which military power is always viewed as the ultimate form or the highest form of power that can allow people to exert their will, as collectives, as nations, as peoples.

But intellectual power, moral power, spiritual power, those are the “weak” and “feeble” kinds of power, which in the end could be the most powerful.

G.Y.: How do you think power functions through sites of commodification and marketization, logics that create problematic neoliberal mentalities and values?

That’s why in a capitalist society I think Karl Marx’s analysis is still so seminal; he can keep track of the ways in which there’s unbelievable technological intervention, unprecedented novelties being produced, yet they are still tied to asymmetric relations of power at the workplace. It’s all still tied to a system driven not just by profit, but usually by greed at the top, so that the ruling class does reproduce hierarchy — even given all of the dispersions that have taken place, all of the various horizontal modes that make it look as if it’s leveling, it’s democratizing, it’s more egalitarian.

Yet we can’t even compare the 1890s with the 2019 economy in terms of levels of prosperity and technology. So the question becomes, How do you keep track of the various kinds of power without somehow just creating a zone of gray where it looks as if everything is really equal, as if you just have these different powers juxtaposed alongside each other, rather than real structures of domination that are being reproduced?

And we know we can’t compare the 18th century to today in terms of the situation of black folk because it’s very different. We can’t compare the early 20th century with where we are now because things have changed, in a certain sense, and yet white supremacy is still very persistent. It just takes new forms, and one of the reasons it takes new forms is because it has to give up concessions, owing to the counterpower, which you talked about before, the counterresistance, the countercritiques against white supremacy. And your book, “Backlash,” of course, is a very important part of this in terms of where we are today.

G.Y.: That’s a nice segue, actually. How would you characterize power within our contemporary moment under Donald Trump?

There’s hardly any talk about the American empire on TV. Every once in a while you might get a gesture. When historians write about our moment, that’s going to be their starting point. What forms does the empire take? Why is it decaying in this way? Why is it declining in this way? How do you end up with a gangster like Trump, who’s not just mediocre, but below mediocre — he’s mendacious, he’s narcissistic, he’s racist, he’s misogynist, and yet, he’s the head of the American empire.

So the whole issue of imperial power relates to the fact that his statistics look decent in terms of the economy; you’ve got low rates of inflation, low rates of unemployment. Using the mainstream criteria you would think that the American public was doing very well economically, but we know that’s a lie, too. So it becomes very, very difficult to keep track of, not just the various forms that power takes, but the relations between the forms of power.

C.W.: The important thing to keep in mind is this: Look back a hundred years and you will see that we have made very, very strong and discernible progress against forms of xenophobia. There’s been marvelous movements of struggle and militancy against white supremacy, and against forms of xenophobia, be it against Arabs, against Jews, against Muslims, or Dalit people struggling against Brahmin supremacy in India, and so on.

What is distinctive about our moment is the relative cowardliness of the liberal and neoliberal middle. The right wing in the last 10 to 15 years has simply become more visible, but they don’t constitute the vast majority of the people. What you do have is a neoliberal and liberal center that is so weak and feeble, so cowardly and milquetoast, that they don’t have the enthusiasm or the energy that the right wing has.

You know, when I was in Charlottesville, they looked at me in the eye and I looked at them in the eye. They got their guns, their ammunition, they got their gas masks on, and we sat up there singing “This Little Light of Mine.”

And I could see those neo-Nazi brothers were ready to die. Now that’s courage. But that’s the courage of a thug, the courage of a gangster, because the cause is still a thuggish cause, a gangster cause. But they’re willing to take action. You see, we don’t have too many people in the middle like that. We’ve got lukewarm, moderate, chattering, sophisticated, refined neoliberals who obsess over comfort and convenience.

Even with the folks who are being elected, there are large numbers of the electorate who just don’t vote at all. In America, for example, Trump can get roughly 25 percent of all the potential voters in America and become president. So even though the right-wing, xenophobic movements must be taken seriously, I think it’s crucial that we don’t view them somehow as becoming these majoritarian movements. Not at all.

G.Y.: Does your conception of love have a role to play in combating, or even functioning as a kind of counterforce to the hegemonic, xenophobic, toxic forms of power that we’re seeing in the 21st century?

C.W.: I’m pretty Augustinian about love, just as I am about power. Which means that you can have love of power, love of pleasure, love of honor, love of king, love of queen, love of nation, love of race, all of which can be deeply reactionary forces. So any time you talk about love, you’ve got to be very clear about what your objects are. If you love the truth, it is qualitatively different from all of those.

So the love that I’m talking about is usually a love that leads toward crucifixion. I mean, this is what Jesus understood — that if you’re really loving, in the deepest, broadest sense, one, your capacity is always inadequate, so you’re always needing growth, maturation and development.

But the other, narrow love, usually has the power to snuff you out. Augustine was fundamentally right — if you’re going to love, why not have the broadest, deepest, self-emptying kind of love that embraces everybody?

George Yancy is a professor of philosophy at Emory University and the editor of the Philosophy of Race series at Lexington Books.