Think of the brain’s sensitive periods as blown glass: The molten glass is very malleable, but you have a relatively brief time before it cools and becomes crystalline. Put it back into the furnace, and it can once again change shape.

That is more or less what researchers have been able to do with the capacity for absolute musical pitch. Absolute pitch — the ability to detect or reproduce an exact note without hearing another note as a reference — is rare; only about 0.01 percent of the population has it.

Early musical training appears to be very important in the acquisition of this skill, and it is usually seen in people who started their training before the age of 6. Musical training that begins after 9 rarely yields absolute pitch, and there are few instances of an adult learning it. 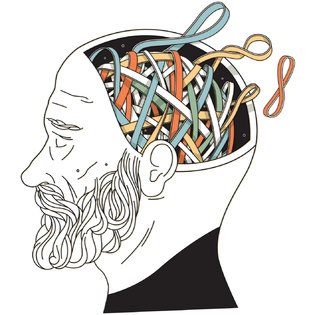 A 2013 study conducted at the University of British Columbia on musically “naïve” men explored whether it was possible to restore the ability to acquire absolute pitch. In the study, 24 men who had little or no musical training were randomly assigned to receive either a placebo or the mood stabilizer valproic acid, which is commonly used to treat bipolar disorder and is also known as Depakote. All subjects were then trained over two weeks to associate a common person’s name, like Sam or Sarah, with six different pitches from the Western 12-tone scale.

After a few weeks, subjects who received the placebo were switched to valproic acid and vice versa for a second training period. In this way, each subject served as his own control, getting both drug and placebo.

The scientists found that the subjects who received the drug were significantly better at identifying the correct pitch than those who received the placebo. This effect held even after controlling for the possible effects of valproic acid on mood and general cognition.

This experiment suggests that we can reopen a critical learning period that normally closes in childhood. How does this work?

Some of the brain’s plasticity is structural: In animals, and probably humans, too, the perineuronal net, a cartilagelike matrix, develops around neurons and blocks them from further physical changes. But some of it is molecular, and here drugs can make a difference.

It turns out that a few key molecules act to open and shut periods in brain development. One is called histone deacetylase, or HDAC; it makes DNA coil up tightly and stops the synthesis of proteins that promote plasticity — thereby closing off the learning period. Depakote happens to block the action of HDAC, releasing this brake and recapturing some of the brain’s plasticity.

No doubt you are wondering whether people who take this mood stabilizer for bipolar disorder are walking around in a constant state of enhanced neuroplasticity. And perhaps they are; we haven’t a clue.

Psychiatrists are also getting excited about this research, for a different reason. We spend much of our time trying to repair the psychic injury of our patients’ early life experiences. Three-quarters of all chronic psychiatric disorders in adults are already present by age 25, and half have their onset during adolescence. Adolescents are simultaneously at the peak of their brain plasticity and their vulnerability to mental illness. What happens in these early years can affect someone’s behavior, and even his DNA, long into adulthood.

For example, last year, scientists identified a gene that intensifies the pruning of synapses in the brain and increases the risk for schizophrenia. During adolescence, weak or redundant connections between neurons are normally pruned back, leaving the stronger ones to flourish. The disruption of this process is most likely relevant to the genesis of many mental disorders, including, perhaps, autism and Alzheimer’s.

We’ve learned about some of these possibilities from studies of rats. When it comes to basic phenomena like stress, anxiety and bonding, rats and humans are surprisingly similar. Studies of rat pups show enduring changes in DNA and behavior depending on whether they were raised by high or low nurturing mothers (largely measured by how much the mothers licked their pups).

As early as the first week of life, the offspring of less nurturing mothers were more fearful and reactive to stress, and their DNA contained more methyl groups, which tend to inhibit gene expression. In other words, parenting style permanently changed their DNA — a striking example of nurture over nature.

The researchers found they could reverse the effects of maternal deprivation by giving the rats an HDAC inhibitor called trichostatin — which removes some of the methyl tags on DNA — when they were adults. Almost magically, these anxious rats now looked and acted just like the pups of adoring mothers.

The implication is that the harmful effects of early life experiences on gene expression are potentially reversible much later in life. This is also very good news for humans, since early life stress is a strong risk factor for many psychiatric illnesses, like mood and anxiety disorders as well as certain personality disorders. For example, a 2014 study of 94 children who had been neglected or abused and 96 children who hadn’t been found a significant correlation between depressive symptoms and the tagging of three genes with methyl groups. (These genes are involved in mediating plasticity and the stress response.)

Obviously we cannot eliminate trauma from life, but these studies suggest that we might someday be able to mitigate or even reverse some of its long-lasting effects. The opportunity to positively change the brain and behavior is no longer going to be limited to the sensitive periods of childhood, but will extend far into adulthood.

There might, however, be a dark side to the story. There is a good reason we were designed to have finite sensitive periods. Takao Hensch, a Harvard neuroscientist, has written that plasticity takes a lot of energy: It’s exhausting to keep all your neural circuits in a dynamic state. Restricting it may protect the brain.

You also can’t be sure that opening a new sensitive period won’t leave you worse off than the first one did. You might find it easier to pick up Chinese, but you might also remember more acutely all the disappointments and traumas that you’d prefer to forget.

Finally, our very identity is enmeshed in these neural circuits. Do we really want to tamper with them at the risk of altering who we are?

But the allure of recapturing neuroplasticity, with its potential to treat diseases like Alzheimer’s and autism, as well as to repair early psychological trauma, will be very hard to resist.