With its wide, tree-lined boulevards and Belle Époque buildings, this city was once known as Little Paris. Today, Romania’s capital feels more reminiscent of the French Revolution as it is roiled by a legal reign of terror.

In November, the leader of the center-right National Liberal Party, Klaus Iohannis, was elected president on a populist, anti-corruption platform, succeeding Traian Basescu of the more conservative Democratic Liberal Party.

Only lately had Mr. Basescu thrown his weight behind a long-running anti-corruption drive that had seemed relatively toothless. For Mr. Basescu, it was a useful political tool to attack opponents, as well as a way to appease American and European critics of Romania’s governance. But his move was belated.

With Mr. Iohannis’s victory, the anti-corruption effort went into overdrive. While executive authority rests with the prime minister, Victor Ponta, who heads the Social Democratic Party, the presidency can be a powerful bully pulpit. 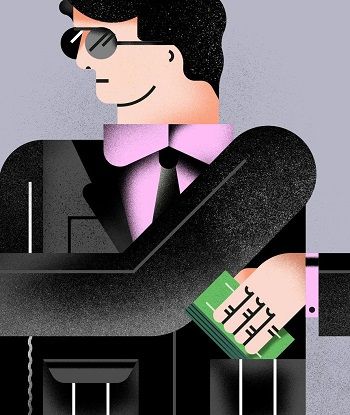 Denied justice for decades, first by dictators, then by ineffectual democrats, Romanians enthusiastically backed the anti-corruption cause. After a judicial sweep that started under Mr. Basescu netted more than a thousand convictions of politicians and businessmen last year, the campaign proved a key electoral issue.

Crude populism now carries the day. The television networks relentlessly cover every perp walk. With the courts convicting at a rate of more than 90 percent, scores of politicians from all the main parties have been disgraced.

The nation is running out of prison space. Condemned by the European Court of Human Rights, Bucharest’s jails are desperately overcrowded; the justice minister recently announced that he was seeking European funding for several new prisons. Little else looks as if it’s being built these days. Businesspeople I’ve spoken to have become wary of public-private partnerships since they view such arrangements as too easy to construe as graft.

Bribery is, in fact, endemic in Romanian life: Politics merely mirrors social norms. Everyone in politics and business is presumed guilty of something. Most Romanians admit that they care little about shortcomings of due process, whether it’s laughably thin evidence or prosecutors’ tutoring of judges in verdicts.

The rise of the prosecutorial state threatens even its own. In November, a former top prosecutor, Alina Bica, who was appointed by Mr. Ponta to head the government’s unit investigating organized crime, was herself arrested on a charge of receiving kickbacks while in office. She had previously participated in developing Romania’s criminal code on government standards. In Mr. Basescu’s words, “Nobody is above the law.”

It’s commonplace for suspects to be pressured to name names in exchange for possible leniency. It’s also routine for family members to be arrested as additional leverage for the prosecutors. One particularly Orwellian measure is the use of “preventive arrests” to imprison certain high-level suspects accused of white-collar crimes on grounds of stopping them from committing similar alleged offenses in future.

Despite official denials, everyone knows the courts are not as politically independent as they should be. A number of those arrested, I was told, have ties to Russian financial interests — which makes them easy to portray as serving the interests of a foreign power that many Romanians regard as a threat.

Before his election in 2012, Mr. Ponta had characterized the National Anti-corruption Directorate as a modern-day version of the Communist dictator Nicolae Ceausescu’s feared secret police. But as public opinion turned in the directorate’s favor, the prime minister changed his tune.

A pro-market politician, Mr. Ponta now acts as cheerleader for the anti-corruption drive — finding it a handy tool for targeting his enemies in the media, particularly the owners of critical newspapers. Soon after Mr. Ponta clashed with Adrian Sarbu, the owner of the Mediafax Group, which publishes Romania’s leading business paper, Mr. Sarbu was arrested on charges of tax evasion, money laundering and embezzlement. He has denied the allegations.

The apparent political motivation behind the Sarbu and Adamescu cases demonstrates how an effort to reduce the relationship between money and politics has served instead to ramp up score-settling and judicial overreach.

Another unintended consequence of the anti-corruption campaign is that it has fueled anti-American sentiment. Because the State Department had expressed the fear that a corrupt Romania could become the next Ukraine, with popular anger at a corrupt oligarchy leading to disorder, some Romanians now view the legion of hasty convictions as a misguided attempt to impress America.

The European Union has monitored corruption levels since Romania’s 2007 entry into the Union. While Brussels has never threatened to withhold funding, there was anxiety in Bucharest that a failure to push reform could lead to Romania’s voting rights’ being suspended.

As arbiters of good governance, neither the United States nor the European Union should remain silent over the Romanian government’s abuse of prosecutorial powers. Certainly, a less corrupt Romania would be a better European Union member and a more reliable NATO ally, but it would be a mistake to accept the sheer volume of justice, rather than its quality, as a reliable metric of success.

Romania’s anti-corruption campaign has rapidly metastasized into an illiberal crusade. The public’s insatiable appetite for justice only exacerbates the threat to the country’s democratic future.

American and European governments should congratulate Romanians on their newfound determination to eradicate graft, but now encourage a change in the government’s approach. Romania’s democratic development would be better served by a public process whereby past misdeeds were acknowledged, documented and then forgiven.

Only a comprehensive process that rewards disclosure with amnesty will allow Romanians to stop looking over their shoulders, figuratively and literally. With international media scrutiny, a truth commission would make a powerful statement that democratic Romania will vigorously punish future transgressions — but in a transparent, nonpartisan and judicious manner.

Patrick Basham is the director of the Democracy Institute, a public policy research organization based in Washington and London.