As Russia moves deeper into the Ukraine quagmire, the Kremlin is losing its military and diplomatic ability to mediate the long-running conflict between Armenia and Azerbaijan — and the Biden administration is moving to fill that void.

National security adviser Jake Sullivan this week hosted what he called “direct and constructive talks” with Armen Grigoryan and Hikmet Hajiyev, his counterparts from Armenia and Azerbaijan, respectively. The meeting followed on-the-ground mediation efforts by Philip Reeker, the State Department’s senior adviser for the Caucasus region.

The White House meeting produced a “road map” for further peace negotiations between the two countries, according to Lilit Makunts, Armenia’s ambassador to Washington. The next step, she told me, will be a meeting in early October in Geneva between the two countries’ foreign ministers, joined by Reeker and a European Union diplomat. The talks were “evidence of strong engagement with the U.S.”, Makunts said.

Armenia and Azerbaijan have fought a series of bitter battles over the disputed region of Nagorno-Karabakh. Azerbaijan lost the territory in a 1994 war, but it regained control of broad swaths after heavy fighting in 2020. Russia negotiated a cease-fire that November and subsequent peace talks. But Moscow has failed to contain the conflict since then. Azerbaijan invaded Armenia this month, opening another bloody round. 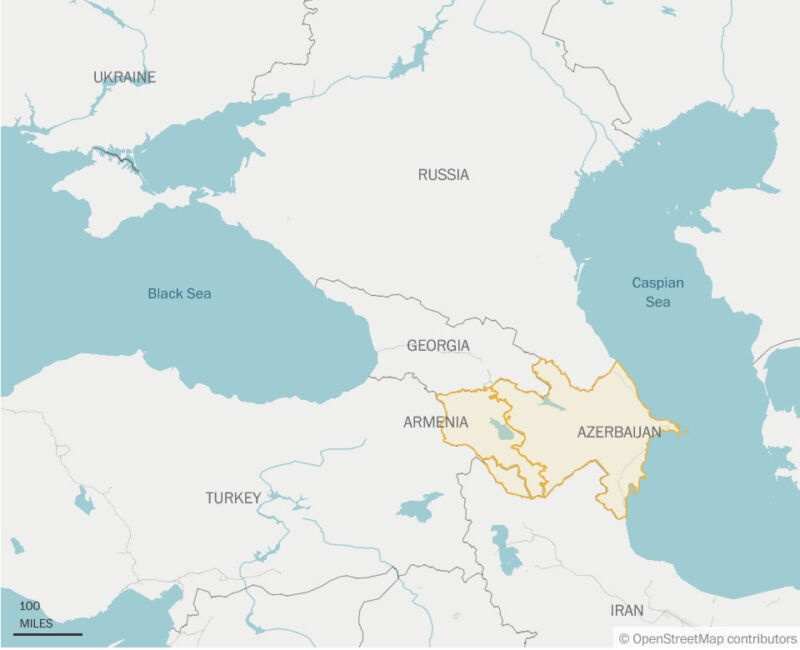 Russia’s failure to broker peace in the Caucasus might be the clearest sign yet of how the Ukraine war has enfeebled Moscow’s power to enforce solutions along its borders. The Russian military, badly stretched, hasn’t been able to play the peacekeeping role it promised between Armenia and Azerbaijan. And its diplomatic efforts are now mistrusted by both sides.

Moscow is having similar problems in other spots around its periphery. Sweden and Finland have abandoned neutrality and moved to join NATO. Kazakhstan’s president has denounced the Ukraine war as a “hopeless situation” and opened his border to Russians fleeing President Vladimir Putin’s military mobilization. Kyrgyzstan and Tajikistan welcomed visits by Gen. Michael Erik Kurilla, the head of U.S. Central Command, this summer despite Russian objections. The post-Soviet “empire” is visibly fraying at the seams.

Russia’s disarray appears to be pushing Armenia toward greater cooperation with the United States. The Armenians, surrounded by hostile neighbors, have long looked to Moscow for protection, despite their country’s democratic, pro-Western political orientation. When Azerbaijan attacked this month, Armenia requested urgent help from the Collective Security Treaty Organization, Moscow’s attempt to create a NATO-like regional alliance. But the CSTO did nothing.

Grigoryan, the secretary of the Armenian security council, explained in an interview the purpose of his visit to Washington this week: “I’m here to discuss how we can strengthen U.S.-Armenian relations”. Areas of potential cooperation included security, energy, diplomacy and economic relations, he said. The foundation of the relationship would be “democracy strengthening democracy”.

Whether the expanding U.S.-Armenian relationship will extend to military cooperation remains unclear. Armenia’s defense minister visited the Pentagon in September. Armenia needs better training and equipment for its military, which was badly outmatched in the last war with Azerbaijan. But there’s no visible sign of U.S. military assistance.

A catalyst for improved U.S.-Armenian relations was the visit to Yerevan on Sept. 17 by House Speaker Nancy Pelosi, which came soon after Azerbaijan’s attack. Grigoryan said Pelosi’s trip checked further escalation. “That visit gives hope that Armenia is not alone in its struggle”, he said.

On the visceral question of Armenia’s relationship with Turkey, there are also small glimmers of change. Ankara continues to deny the 1915 Ottoman genocide, the darkest event in Armenian history. But Grigoryan said discussion of “normalization” with Ankara has begun, and the leaders of the two countries have agreed in principle to open their borders to transit, initially by third-country nationals.

“We expect it to happen as soon as possible”, Grigoryan said of this border opening. But as always in such diplomatic gambits, the devil is in the details.

David Ignatius writes a twice-a-week foreign affairs column for The Washington Post. His latest novel is “The Paladin”.