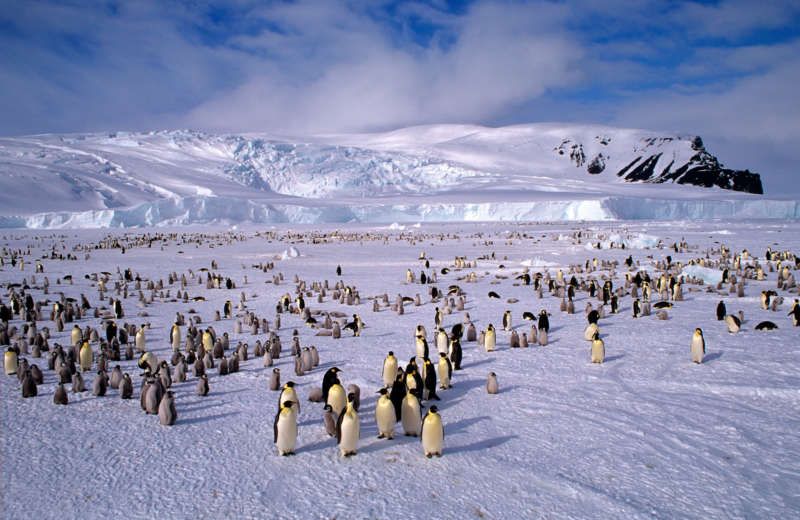 The key to protecting Antarctica’s Ross Sea may well lie with Russia. On Monday the Commission for the Conservation of Antarctic Marine Living Resources, comprising 24 nations and the European Union, will discuss, once again, the creation of a large, marine protected area in the Southern Ocean. All but one of the commission members has supported safeguarding this vital region and its threatened inhabitants. The holdout has been Russia, which has blocked similar efforts in recent years.

But there are reasons to hope that this year may be different.

The commission was created in 1982 to avert the overfishing and deterioration that is happening throughout the world’s oceans. Antarctica is particularly vulnerable because so much life there depends on one tiny creature, the krill. Penguins, whales, seabirds and seals all eat krill, as do many other marine animals. These shrimplike invertebrates are the linchpin of the entire ecosystem, and it was the increasing commercial exploitation of this creature that led to the international commission’s creation and the growing awareness of the vulnerability of Antarctica’s ocean.

It’s easy to take such resources for granted since 70 percent of the planet is covered by water. But human influence and interference has grown enormously as we’ve harnessed technology to plumb the marine depths and scoop up the bounty. For instance, while most of us don’t eat krill, we now use them to feed farm-raised salmon and incorporate them in cosmetics and nutritional supplements. The faster gathering and processing of these tiny creatures threatens to remove a key source of nutrition from the Southern Ocean’s food web.

Oceans are under stress across the globe. Climate change, overfishing, habitat destruction and pollution endanger not only marine animals but also food, jobs and communities. The oceans provide us with more than 80 million metric tons of fish each year. But the United Nations Food and Agriculture Organization estimates that about 89 percent of global wild fish stocks are either overfished or fully fished, a worrisome trend when fish remain a key source of animal protein for over half the world’s population. Ocean acidification, caused by atmospheric carbon dioxide’s being absorbed by the seas, could make as much as 10 percent of the Arctic Ocean corrosive enough to dissolve the shells of sea creatures by 2018, with much worse to come.

There is no single solution to all these problems. But research has demonstrated that the creation of large, fully protected marine reserves can play an important part in helping to regenerate ocean life and buy time in an age of climate change, if we can set aside key areas before they become overfished and degraded by warming waters.

President Obama knew this when he recently expanded the marine protected area in the northwest Hawaiian Islands and around the canyons and underwater mountains off the New England coast. He knew that these reserves would offer a place for rare and threatened species to shelter and breed, helping to repopulate surrounding regions and build resilience in the face of climate change and overfishing. The Ross Sea in the Southern Ocean of Antarctica is similarly important. With some 16,000 species, many of them unique to the cold environment, it’s still relatively pristine and can still be saved for a sustainable future.

And so it comes down to Russia. On the very day that Mr. Obama created the world’s largest marine reserve, Russia set aside a large protected area, too. Sergei Ivanov, the former chief of staff to President Vladimir V. Putin who has been named the special adviser to the president on environmental issues, announced expanded protection for a region known as Franz Josef Land, a remote Arctic region, according to National Geographic, of “rocky, glaciated islands” with “stunning biodiversity.”

Enric Sala, a marine ecologist who is an explorer in residence for National Geographic, said, “This historical national park designation has shown Russia’s commitment to the conservation of the Arctic environment, and sent a powerful signal to the other Arctic nations.”

Is this an isolated example? Perhaps, but Mr. Ivanov, appointed after Mr. Putin announced that 2017 would be the Year of Ecology, has also pledged to clean up waste in and around Lake Baikal, a Unesco World Heritage site that’s considered the deepest and oldest lake in the world. Mr. Ivanov’s list of future actions include protecting rare species and ecosystems, and ensuring the preservation of the Arctic and other regions.

By joining with the 25 other members of the Antarctic commission, Russia has the chance to usher in its Year of Ecology and make a bold demonstration of its commitment to global cooperation and conservation by protecting a region that a Russian discovered.

Doing so would not only save fish, penguins, whales and seabirds, it would confirm the environmental aspirations of Russia and make the ocean a healthier, more resilient place.

José María Figueres was the president of Costa Rica from 1994 to 1998 and is a former co-chairman of the Global Ocean Commission.