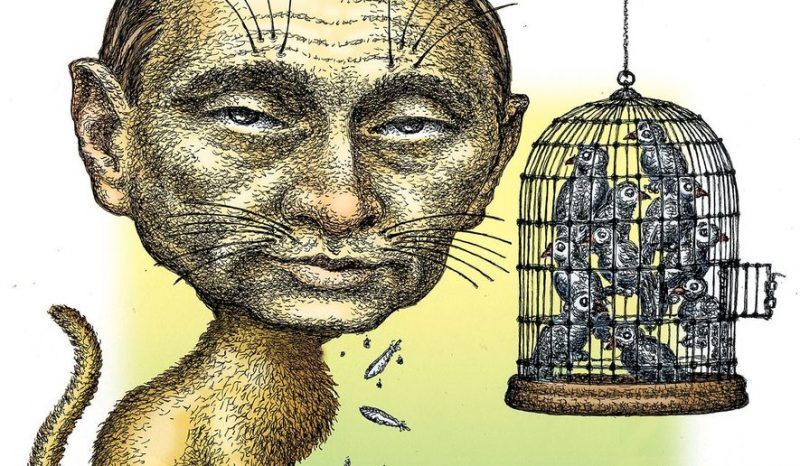 A bipartisan consensus is emerging that the United States should do more to address Russia’s continuing aggression against Ukraine. But Russian revanchism does not begin or end with Ukraine, nor are “little green men” its only foreign policy instrument. Moscow is actively engaged in subversive activities along Europe’s eastern flank, targeting the region’s economic and political stability. As Central European capitals grow increasingly concerned, Washington urgently needs to demonstrate its robust commitment not just to the region’s security but to its democratic future.

Moscow has long demanded that Western nations not encroach on its “sphere of influence,” defined by the borders of the old Iron Curtain. It is now seeking to regain its sway over its neighbors in order to, ultimately, control all aspects of their domestic, foreign and defense policies and separate them from the rest of Europe.

This message about Moscow’s intentions was delivered at the White House recently by President of the Council of Europe Donald Tusk. Though Mr. Tusk now officially represents the European Union, he spoke about the “brutal history returned to us,” with an urgency befitting his former role as Poland’s prime minister. Having had a front-row seat to Ukraine’s dismemberment, Mr. Tusk warned that Moscow is “trying to divide us, from inside of Europe, as well as [between] Europe and America.” Russia’s attempt to destabilize its periphery threatens to unravel the European integration project and trans-Atlantic alliance; it is not solely a Central European problem and should be vigorously opposed.

Russia’s strategy beyond Ukraine may not feature outright use of force, but that should be cause for greater alarm, not less. To exert control in its near abroad without resorting to aggression, Moscow has sought to first weaken the post-Cold War European order — political and economic stability and abiding commitment to political and civic freedoms. Those countries that undertook significant and often painful reforms to establish new, free institutions following the fall of the Berlin Wall — Poland and the Baltic states, for example — have been better off and more deeply anchored in Western international political and security institutions than those that struggled to changes their ways, like Ukraine. Now, Russia has launched a campaign of propaganda and subversion directed at the Central European nations that remained beyond its grasp for the last quarter-century. Its primary tactic is to exacerbate and exploit Europe’s internal tensions.

Unfortunately, it has already achieved some successes. Hungary’s prime minister, Viktor Orban, has embraced the “wind from the East.” Encouraged by what he sees as Europe’s failure to develop political solutions to major collective problems, such as the fiscal crisis, and citing Russian success as an inspiration, Mr. Orban has announced “that we have to abandon liberal methods and principles of organizing a society.”

In Mr. Tusk’s native Poland, Russia is vigorously attempting to foment a similar eastward turn. It created, even before its conflict with Ukraine, “astroturf” environmental groups to oppose Poland’s exploration of its shale gas reserves, which, if developed, would provide energy independence. It launched a Polish-language, Russian government-owned news agency, “Sputnik.” It has supported a pro-Kremlin political party, “Zmiana” (“Change”), ahead of parliamentary elections this fall. All these actions seek to reinforce existing doubts about Poland’s place in the West, and U.S. and other allies’ commitment to Polish security. Critics of the West will point to Washington’s 2009 decision to retract plans to base a missile defense system in Poland and the Czech Republic to please Moscow. Germans’ current opposition to providing military aid to Ukraine can be cited as further evidence that Poles, too, should appease, not confront, Russia.

Russia’s strategy for re-exerting its influence is thus to first sow divisions both within Europe and among the trans-Atlantic community. Unity is both the ends and means for defeating this challenge.

Only by working together with all of our European allies can we defeat Russia’s attempts to fray the fabric of the European community. And only through commitment to such a united front can we dispel the fears that Russia preys on. But unity cannot be allowed to be an excuse for foot-dragging.

The call for a “Europe whole and free” should be transformed from an aspirational slogan into real policy. The debate in Washington needs to expand beyond Ukraine and military assistance to include the whole range of foreign policy tools — diplomatic, informational and economic — that can be deployed to ensure the unfettered sovereignty of all Central and East European countries.

“United we stand,” Mr. Tusk urged, “divided we fall.” President Obama has emphasized allied unity as a key imperative of our foreign policy. It is time to deliver on that promise. A good way to start would be to hold a summit in Washington with all the Central and East European democracies so that the president can reaffirm, in the strongest possible terms, the unshakable U.S. commitment to their security.

Paula Dobriansky is former undersecretary of state for democracy and global affairs, and a senior adviser to the Bipartisan Policy Center’s National Security Program. Blaise Misztal is the program’s director.