On one of the last occasions an Egyptian president visited Addis Ababa, he got no further than the road from the airport: In 1995 the motorcade of President Hosni Mubarak came under fire from Egyptian jihadists. Mr. Mubarak was saved by his bulletproof car, his driver’s skill and Ethiopian sharpshooters.

After that, Ethiopian and Egyptian intelligence officers worked together to root out terrorists in the Horn of Africa, contributing, along with pressure from the United States government, to Osama bin Laden’s expulsion from Sudan in 1996. But that was the limit of their cooperation.

Egypt and Ethiopia have otherwise been locked in a low-intensity contest over which nation would dominate the region, undermining each other’s interests in Eritrea, Somalia and South Sudan. A quiet but long-sustained rivalry, it is one of those rarely noticed but important fault lines in international relations that allow other conflicts to rumble on. 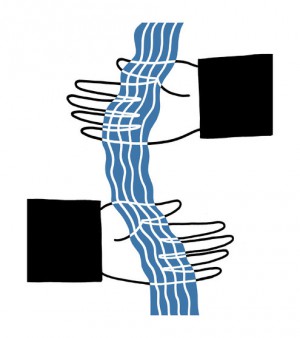 This week, however, President Abdel Fattah el-Sisi of Egypt is expected to fly to Addis Ababa, the capital of Ethiopia, to attend a summit of the African Union. He will also meet with Prime Minister Hailemariam Desalegn of Ethiopia, a rare chance to shift the political landscape in northeastern Africa.

The heart of the rivalry hinges on how to share the precious waters of the Nile River. Running low is Egypt’s nightmare, and more than 80 percent of the Nile’s water comes from rain that falls on the Ethiopian highlands and is then carried north by the fast-flowing Blue Nile. (Ethiopia is nicknamed “Africa’s water tower.”) Yet management of the Nile is formally governed by a 1929 treaty between Egypt and colonial Britain, and a 1959 treaty between Egypt and Sudan that awarded most water rights to Egypt, some to Sudan and none explicitly to Ethiopia or the other states upstream. This arrangement is widely considered unfair, especially to Ethiopia, which was never colonized, and on whose behalf Britain could not even claim to have spoken. This legal framework also limits the right of upper riparian states to build dams or irrigation systems even though they were sidelined from helping shape it.

Egypt has a history of blocking Ethiopia’s requests for international aid to build dams, at times even threatening military action if it attempted to go ahead. Following the 1978 Camp David accords with Israel, President Anwar Sadat declared, “The only matter that could take Egypt to war again is the Nile water.” To this day, Egyptian engineers are stationed as far as Lake Victoria, in Uganda, monitoring activities along the river.

Ethiopia has continued to reject Egypt’s approach, not least because it is one of the poorest countries in the world and considers economic development to be essential to its survival. In 1999 Ethiopia, along with eight other states, set up the Nile Basin Initiative to develop a cooperative and equitable partnership to manage the river’s resources. (Egypt and Sudan are nominal members but inactive; South Sudan joined in 2012.)

So far most concrete actions taken have been about combating erosion along the Nile’s watersheds and encouraging sustainable management of lakes and subsidiary bodies of water.

Prime Minister Meles Zenawi, who was in power from 1991 until his death in 2012, also commissioned several huge dam projects. The largest of these is the Grand Ethiopian Renaissance Dam on the Blue Nile, a point of national pride whose construction has been financed through the issuance of special bonds.

The plan has not gone down well with Egypt. During a meeting chaired by President Mohamed Morsi in June 2013 — captured on television cameras, apparently without the participants’ knowledge — Egyptian politicians proposed sabotaging the dam project. (Last April unidentified gunmen attacked a bus near the site of the dam, killing nine people.) But Mr. Sisi knows that Ethiopia will not change course.

He also realizes that the dam’s threat to Egypt is more symbolic than material. (His predecessors, including Mr. Morsi, knew that as well, but seemed more interested in entertaining anti-Ethiopian sentiment among Egyptians.) The Grand Ethiopian Renaissance Dam is being built a few miles from Ethiopia’s border with Sudan, in rocky terrain unsuitable for irrigation. The dam will generate electricity, meaning that Ethiopia, like Egypt, wants the water to flow through rather than be stopped. Moreover, the dam is set in a gorge at high altitude: It will store large amounts of water with less surface area in a cooler climate than, say, Lake Nasser in Egypt, reducing evaporation and saving water, which should also benefit Egypt.

Given these common interests, Egypt should cooperate with Ethiopia to manage the Nile’s waters. Mr. Sisi made a strong start on this front last year, when the two countries set up a bilateral commission to examine all aspects of the Grand Ethiopian Renaissance Dam. It is now time for Egypt to join the Nile Basin Initiative’s Cooperative Framework Agreement, which was signed in 2010 to “promote integrated management, sustainable development, and harmonious utilization” of the Nile and to protect it “for the benefit of present and future generations.”

Better relations with Ethiopia could also be Egypt’s ticket to mending its difficult relations with other governments in sub-Saharan Africa. Two days after the Egyptian military ousted Mr. Morsi in July 2013, while Gulf states rushed to assist the new government, the African Union suspended Egypt’s membership on grounds that the coup violated its principles. (Egypt has since been reinstated.) And there is little sympathy on the continent for Cairo’s position on the Nile issue, since it appears to be blocking Ethiopia’s development under colonial-era treaties widely seen as exploitative.

Mr. Sisi should take advantage of his coming visit to Addis Ababa to finally make progress on joint management of the Nile. That could open the way for Egypt and Ethiopia to find common ground on thornier issues, such as how to handle internal conflicts in Somalia and South Sudan. And that, in turn, could be a step toward greater stability in the region.

Alex de Waal is the executive director of the World Peace Foundation at Tufts University.