Even before today’s NATO summit, President Biden settled the most important question: He affirmed America’s commitment to defend the alliance’s 30 members by force. And despite divisions on many other foreign policy issues, his party stands in lock step behind him. To most Democrats, alliances symbolize international cooperation. Proof positive is that Donald Trump supposedly sought to tear them down.

Yet current progressive enthusiasm for NATO is anomalous. After the Soviet Union collapsed in 1991, depriving NATO of its original reason for being, skeptics of the alliance included liberals as much as conservatives. In 1998, 10 Democratic Senators joined nine Republicans in opposing the first, fateful round of NATO enlargement, which would soon extend the alliance to Russia’s border.

Among the dissenters was Senator Paul Wellstone of Minnesota. In between voting against the first Iraq war in 1991 and the second after Sept. 11, Mr. Wellstone warned that expanding NATO would jeopardize Europe’s hard-won gains. “There is peace between states in Europe, between nations in Europe, for the first time in centuries,” he said. “We do not have a divided Europe, and I worry about a NATO expansion which could redivide Europe and again poison relations with Russia.” 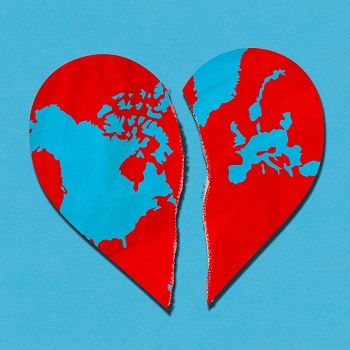 Events have proved him wiser than his party seems to think. The left has ceded criticism of NATO to the right, mistaking armed alliances for friendly partnerships and fixating on Mr. Trump’s rhetoric instead of his actions. (In the end, he reaffirmed every U.S. alliance commitment, embraced NATO’s expansion to Montenegro and North Macedonia, and beefed up U.S. forces in Eastern Europe.) It’s time for Americans to recover their critical faculties when they hear “NATO,” a military alliance that cements European division, bombs the Middle East, burdens the United States and risks great-power war — of which Americans should want no part.

At first, the United States figured it could enlarge its defense obligations under NATO because doing so seemed cost-free. Throughout the 1990s, post-Soviet Russia lay prostrate. The United States, by contrast, could trim its military spending only to enjoy greater pre-eminence than ever. If the Soviet collapse made NATO seem less necessary, it also made NATO seem less risky. Warnings like Mr. Wellstone’s, voiced by many analysts at the time, sounded hypothetical and distant.

But they have gained credence as Russia objected, first with words, eventually with arms, to the expansion of an alliance whose guns had always pointed at Moscow. By 2008, NATO declared its intention to admit Georgia and Ukraine. Each had been a founding republic of the Soviet Union and had territorial disputes with Russia. For each, Russia was willing to fight. It swiftly annexed parts of Georgia. Once Ukraine’s pro-Russian president was overthrown in 2014, Russia seized Crimea, home to its Black Sea naval base, and backed separatists in the Donbas region.

The conflict in Ukraine continues, with no resolution near. Rather than use diplomacy to back an internationally negotiated settlement, the United States has preferred to arm Ukraine with lethal weapons. After decades of overreach, the Biden administration now faces a stark choice: commit to fight for Ukraine, creating a serious risk of war with Russia, or admit that NATO expansion has come to an overdue end.

Lacking an adversary of Soviet proportions, NATO has also found new foes “out of area” — its euphemism for waging wars in the greater Middle East. The bombing of Libya in 2011 was a NATO operation, signaling to war-weary Americans that this time the United States had real partners and multilateral legitimacy. The war proved disastrous anyway.

NATO helped fight the forever war in Afghanistan, too. Seeking to support U.S. aims after Sept. 11, it undertook “our biggest military operation ever,” Secretary General Jens Stoltenberg boasted in March. Two decades later, European soldiers are leaving, having failed to remake Afghanistan but perversely succeeded in making NATO seem relevant. Absent the Soviet threat, as Secretary General Stoltenberg admitted, the alliance has had to go “out of area or out of business.”

At least the Middle East contains the real, if receding, threat of terrorism, against which minimal military action can be warranted. But Europe is stable and affluent, far removed from its warring past. America’s European allies provide their people with world-leading living standards. They can also perform the most basic task of government: self-defense. In any case, Russia, with an economy the size of Italy’s, lacks the capability to overrun Europe, supposing it had any reason to try. If American leaders cannot countenance pulling U.S. forces back from Europe, then from where would they be willing to pull back, ever?

The danger of permanent subordination to America has started to register in European capitals, long solicitous of American commitment. President Emmanuel Macron of France has accused NATO of experiencing “brain death” and proposed creating an independent European army, an idea rhetorically welcomed by Chancellor Angela Merkel of Germany. The watchword in Brussels these days is “strategic autonomy,” meaning autonomy from the United States. Europeans scarcely seek to disinvite American forces from their continent. Still, they are finding that cheap security from Washington carries mounting costs: dependence on an erratic superpower, pressure to restrict business with China and Russia, and division in Europe itself.

The real question is what Americans want. They could continue to fetishize military alliances as a “sacred obligation,” as President Biden characterized NATO on Wednesday. Or they could treat them as means to ends — and coercive means that often corrupt worthy ends.

For progressives who seek to end endless wars and prevent new ones, the matter of Europe can no longer be skirted. The United States can trust Europeans to defend Europe. Otherwise, it would seem that America truly intends to dominate the world in perpetuity, or until the day a war so great puts dreams of dominance to rest.

Stephen Wertheim (@stephenwertheim) is a historian of U.S. foreign policy, the director of grand strategy at the Quincy Institute for Responsible Statecraft, and a visiting faculty fellow at the Center for Global Legal Challenges at Yale Law School. He is the author of “Tomorrow, the World: The Birth of U.S. Global Supremacy.”