Half my life was spent outside South Korea, but I still cannot forget certain history lessons from childhood in Seoul. Dokdo, rocky islets claimed by both South Korea and Japan, is an inalienable Korean territory. Hangul, the writing system credited to a 15th-century king and used by the two Koreas, is the most scientific on Earth. Even after I wrote a doctoral dissertation on modern Korea and taught Korean studies courses at universities, such nationalistic claims of varying persuasiveness whisper to me.

The administration of President Park Geun-hye also knows that history is a powerful tool for molding young minds. That is why, after weeks of rancorous public debate, on Nov. 3 it made official its decision to replace current middle and high school history textbooks produced by private publishers with government-issued ones by 2017. The announcement was condemned by many scholars and the political opposition.

It’s often said that the teaching of history is inherently political, and using education to influence the population is nothing new in South Korea. The problem, however, is the kind of Korean history the current government wants to tell through textbooks of its own production — authored, reviewed and disseminated under strict official guidance. 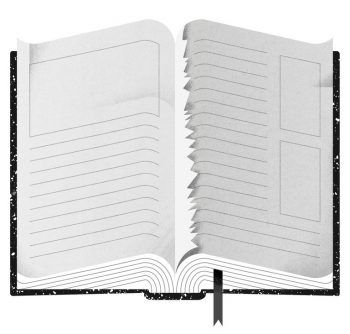 The books have yet to be written. But there is no question that Ms. Park and her Saenuri Party will whitewash the past to bolster the conservative cause at the expense of the education system and South Korea’s international reputation as a democracy, and harm Seoul’s attempt to hold Japan accountable for its wartime conduct.

The administration is troubled in particular by the availability of eight different Korean history textbooks for high school use, all approved by the Education Ministry. Conservatives applaud only one — compiled by their allies within the so-called New Right faction — as appropriately glorifying the nation. It is accused by critics of numerous flaws that contradict mainstream and scholarly assessment, such as downplaying or ignoring many episodes of state-sponsored violence in South Korea’s modern history, as well as portraying the coup on May 16, 1961, by Ms. Park’s father, Park Chung-hee, as legitimate.

Much to the chagrin of the right, this textbook, published since 2013, has been shunned by schools, which have latitude to choose from the eight options. After seeing the conservative textbook fail, the administration will impose mandatory use of government-issued history textbooks. It argues that new “correct” textbooks are necessary because leftist teachers and historians have infected history education with Communist sympathies and North Korea’s “jongbuk” ideology.

The administration and the ruling party are staging a concerted pushback against historical disclosures made possible by democratic gains. After the 1992 election of the first civilian president since the end of dictatorship in 1987, an official reassessment of history led to the relabeling of the May 16 military “revolution” as a “coup.” A Truth and Reconciliation Commission, established under the progressive president Roh Moo-hyun, further exposed atrocities committed by the forces of the two Koreas during the Korean War.

Once the conservative Lee Myung-bak won the presidential election in 2007, damage control began with vigor. Mr. Lee pulled political support for the Truth and Reconciliation Commission and his officials railed against textbook publishers, saying some passages were engineering a “masochistic” view of Korean history.

Now Ms. Park, who stated during a 1989 television interview that her father’s military coup was “a revolution for the nation’s salvation,” is having her turn at correcting history. Most historians anticipate that the coming textbooks will overlook complex details of modern South Korean history: colonial-era elite collaboration with Japan, repression under dictatorships and the human costs of rapid economic development, to mention a few.

In an indication of the history textbooks’ future shape, the National Institute of Korean History supervising the overhaul has signaled that the names of authors will be kept secret until the project ends, limiting transparency. The defense minister has vowed to cooperate “so that our military can also participate in the writing of the textbooks” and undoubtedly bury references to its disgraceful actions in the past.

Ms. Park defends the unwritten books, saying that it is necessary to “inculcate the students with historical convictions and pride.” Yet that remark itself betrays an outdated view of history education as being solely in service of chauvinism, far removed from how more than 200 Korean studies professors around the world define it in a public call for South Korea to abort the new textbook plan.

In geopolitical terms, the Park administration is undermining efforts to confront Japan over its crimes in the wartime era, especially the issue of comfort women. If South Korea can promote its own incomplete history among children, why should Japan not be able to do the same and obscure its dark past?

Short of abandoning her scheme entirely, Ms. Park may be able to make a case for government-issued history textbooks by including on the panel of authors not only scholars from within her ideological camp but also an equal number of those her officials deem to be “leftists.”

According to the progressive daily Kyunghyang Shinmun, the administration understands the pitfalls of issuing its own textbooks: The prime minister’s office reportedly wrote in an internal report that only “underdeveloped nations such as North Korea, Sri Lanka, Mongolia and Vietnam” utilize government-issued textbooks. In short, only governments that suffer from a tenuous hold on legitimacy overtly rely on education to manipulate the masses.

And that is precisely what more and more South Koreans see the plan as: A Gallup Korea poll published on Nov. 6 showed that 53 percent opposed the change, an increase of 11 percent from a month ago. It is as good a sign as any that Ms. Park, or any leader of a democratic nation, can try to rewrite history but only at the risk of being judged by the nation — and history itself.

Se-Woong Koo is the editor in chief of Korea Exposé, an online magazine specializing in the Korean Peninsula. He is writing a book on contemporary South Korean society and politics.