For the past 25 years we have watched helplessly as a wide range of amphibians around the world have died from a pathogenic fungus, known as Bd (Batrachochytrium dendrobatidis). Now, yet another fungal contagion appears to have been unleashed. This one is spreading among salamanders in parts of Europe and threatens devastation.

This new menace, known as Bs (Batrachochytrium salamandrivorans), appears to have invaded Europe from Asia by way of the pet trade. In Asia, salamanders carry the infection but don’t become sick from it. But European salamanders are particularly susceptible to its pathogenic effects. The mortality rate is 96 percent. The fungus has also been fatal to American salamanders in lab tests.

This fungus has not arrived in the United States yet, so far as we know. But if it does, it is likely to spread across the country, as it appears to be doing in Europe, with catastrophic consequences. The continental United States has more species of salamanders than any other place on earth. 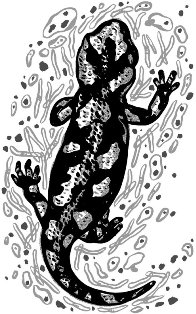 Much remains to be discovered about the biology of this fungus. But its similarity to Batrachochytrium dendrobatidis has scientists deeply worried. That pathogen has decimated amphibian populations across the planet, resulting in the extinction of many species. Its origin remains unknown, though its rise clearly seems to have been abetted by the global trade in amphibians.

The fungus had spread widely before scientists even detected what was happening. Once we did, it was too late. Watching those die-offs has left biologists like ourselves feeling at times more like paleontologists.

Unless the United States becomes more aggressive in its approach to live animal imports, this latest threat will reach our country. The pet trade imports millions of wild-caught Asian salamanders. As a nation, we are both blindfolded and handcuffed against the threat of invasive wildlife disease.

To protect America’s native salamanders, immediate steps should be taken to halt the importation of nonnative ones. We also need laws requiring the testing of all imported live animals for disease to keep out those infected with pathogens or parasites. Batrachochytrium salamandrivorans is the latest emerging infectious disease threat, but there is no reason to believe it will be the last.

The Fish and Wildlife Service holds the key to quick action. Under the Lacey Act, passed in 1900 to protect wildlife, the agency can block the importation of a species by declaring it potentially injurious to native wildlife and habitat. The declaration would also regulate trade across state lines.

Congress should also approve the Invasive Fish and Wildlife Prevention Act, which is awaiting action in the House and Senate. This legislation would substantially improve the ability of the Fish and Wildlife Service to monitor and control invasive fish and wildlife species and diseases.

Live-animal importers should also step up and stop importing salamanders. In the past, voluntary measures by the industry helped prevent the transmission of fish diseases in the aquaculture industry. Informational and educational campaigns about the threat are also vital.

Preventing an invasion by Batrachochytrium salamandrivorans is a conservation and policy-making challenge, but it also offers a chance to apply lessons from the apocalyptic spread of Batrachochytrium dendrobatidis.

That invasion continues to haunt field biologists. We encountered tropical forests practically devoid of amphibians that were once teeming with dozens of species of them. We watched mass die-offs. We tried to save threatened species by airlifting them out of infected areas, breeding them in captivity and searching for answers through field and lab research.

None of it worked. No cure exists for wild populations. Losses of amphibians continued around the globe. We’ve seen no significant recovery of populations. Worse, the fungus persists in the environment, preventing the reintroduction of captive animals.

This time, we have ample warning to prevent the arrival of Batrachochytrium salamandrivorans into the United States. We know what kind of killer we’re dealing with. A global network of biologists is studying its movements. Government agencies are on the alert.

Let’s get it right this time.