Nobody is surprised that the Chinese government curbs “Western-style” civil and political liberties. But it may be news to some people that the government has recently called for the strengthening of Marxist ideology in universities and a ban on “teaching materials that disseminate Western values in our classrooms.” On the face of it, such regulations are absurd. It would mean banning not just the ideas of John Stuart Mill and John Rawls, but also those of such thinkers as Karl Marx and Friedrich Engels.

Pronouncements against the influence of Western values contradict what’s really happening in higher education in China. There have been recurrent campaigns against foreign interference since the 1980s, and yet the trend has been consistent: more international links with Western universities, more meritocracy and less political ideology in the selection and promotion of professors, and experimentation with different modes of liberal arts education.

Of course, the government could reverse these trends, but the nation’s leaders know full well that a modern educational system needs to learn as much as it can from abroad.

In my case, I’ve been teaching political theory at Tsinghua University — one of the country’s top universities — for more than a decade, and I continue to be pleasantly surprised by the amount of freedom in the classroom. 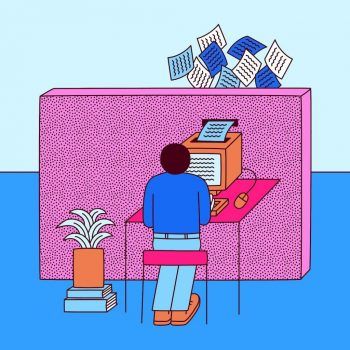 I routinely discuss politically sensitive topics and much of what I teach would fall in the “prohibited” category if official warnings were enforced to the letter. This term we’re reading Francis Fukuyama’s works, starting with his famous 1989 article that declared the debates about political ideology ended with the triumph of liberal democracy. Students say what’s on their minds, as they would in any Western university.

I try to present the ideas of great political theorists in the best possible light, and let students debate their merits among themselves. If it’s a class on Mill’s “On Liberty,” I’ll try to make the best possible case for the freedom of speech, and in a class on Confucius’s “Analects,” I’ll do the same for the value of harmony. I invite leading thinkers from China and the West to give guest lectures, whatever their political outlooks. The good news is that my classrooms have been almost completely free from political interference.

The one exception happened shortly after I arrived in Beijing in 2004. I wanted to teach a course on Marxism but was told it would not be advisable because my interpretation may differ from official ideology. Human rights and democracy are fine, but not Marxism. I learned to get around that constraint by teaching the material without putting the word “Marxist” in the course title.

Research is more challenging. I can publish books and articles in English without any interference. When my writings are translated into Chinese, however, the censors do their work.

An earlier book on the rise of political Confucianism was due to be published in 2008, but I was told it couldn’t go to press because of the Olympics: Nothing remotely critical about contemporary politics in China could be published when the whole world was watching the country. In 2009, the 60th anniversary of the founding of modern China made it another “sensitive” year. In early 2010, the upcoming World Expo in Shanghai provided an excuse for delay. To my surprise, my book was indeed published during a brief period of politically “not-so-sensitive” time in the autumn of 2010.

Lately, the censorship regime has intensified. This time, the main reason is President Xi Jinping’s anticorruption campaign, which produces real enemies with a strong motivation to undermine the current leadership. Hence, even more curbs than usual on political publications, no matter how academic.

I’ve ordered books on Amazon that have been confiscated at the border. I’ve long needed a virtual private network to access The New York Times and Google Scholar, but censors have been disrupting the use of V.P.N.s. My tech-savvy students help me to get around the restrictions, but it’s a cat-and-mouse game and the cat is getting smarter. My mood varies almost directly with the ease of Internet access, and lately I’ve often been in a foul mood.

Ironically, I had a particularly hard time accessing sources for a new book that is a largely positive account of the principles underlying the Chinese political system. I had to leave the country for several months to access works on the Internet and banned books in English and Chinese necessary to make my case.

It’s worth asking why I continue to work in an academic environment with such constraints. Half of my family is Chinese, and I have special affection for the place. It helps to have great students and colleagues. Mr. Fukuyama’s “end of history” thesis put his finger on another key reason: A world where nobody argues about political ideals may be peaceful, but it’s boring. China is not boring.

Chinese-style democratic meritocracy is the only viable alternative to liberal democracy, and I have front row seats to China’s experiment. What else could a political theorist ask for?

That said, I am in favor of free speech in universities. And my views are widely shared in Chinese academia: Whatever people say in public, I haven’t met a single Chinese intellectual — socialist, liberal or Confucian — who argues in private discussion for censorship of scholarly works. Censorship only serves to alienate intellectuals.

My own students usually say that political reform should take place on the basis of the current political system, not against it. But the more they are prevented from discussing such views, the more disenchanted they will become, and that spells trouble for the long term. Openness, in my view, can only benefit the system.

I am confident that things will loosen up eventually. I confess, however, I was even more confident 10 years ago.

Daniel A. Bell is chair professor of the Schwarzman Scholars program at Tsinghua University in Beijing. His latest book is The China Model: Political Meritocracy and the Limits of Democracy.