With the world’s attention focused on the Islamic State attacks in Paris that killed 130 people on Nov. 13, there was a flurry of debate about how much more media coverage France had received than Beirut, where, a day earlier, suicide bombers sent by the jihadist group killed 43 people. In Nigeria, we expect most terrorist attacks to go unnoticed by the world.

Considering the global attention paid to the Islamic State, you would not guess that Boko Haram is actually the world’s deadliest terrorist organization, according to the Global Terrorism Index. While the Islamic State operates in an oil-rich region and directly threatens the West, Boko Haram’s brutality remains largely confined to remote, sparsely populated parts of Nigeria. The group has reinforced this isolation by attacking telecommunications towers.

At the turn of the year, the group occupied territory estimated to be the size of Belgium. In March, its leader, Abubakar Shekau, released an audio message, pledging allegiance to the Islamic State. But he has not appeared in public since then, fueling speculation that he is dead or incapacitated. And Boko Haram has been pushed on the defensive, pummeled by a coalition of troops from Nigeria, Chad, Cameroon and Niger, briefly supported by mercenaries from South Africa and the former Soviet Union. 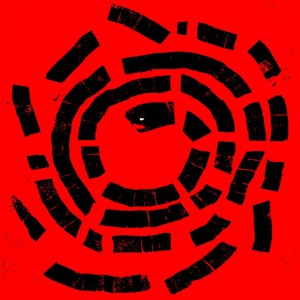 In August, I visited Yola — home to at least three camps for internally displaced persons, as Boko Haram’s refugees are known. The Yola I encountered was actually a less beleaguered place than it had been a year earlier, when Boko Haram fighters were virtually knocking on its doors, having overrun a string of nearby towns.

In Maiduguri, about 250 miles away, where Boko Haram first burst onto the national scene in a bloody uprising six years ago, the airport reopened to commercial flights in July, after being closed for about 18 months. The city’s public secondary schools, shuttered since early 2014, started reopening in October.

While Boko Haram may have been weakened, it has yet to lose its capacity to sow terror. The suicide bomb attacks — some carried out by young girls, not even teenagers — now blur with surreal intensity into one another. Many attacks go unclaimed; everyone assumes it’s Boko Haram, as usual.

There’s a lesson in Boko Haram’s rise about how quickly terror metastasizes. It is difficult now to remember a time when Nigerians did not fear suicide bombings. Yet I can recall that when Boko Haram detonated a car bomb outside the police headquarters in the capital city, Abuja, in 2011, the widespread sentiment was that the suicide bomber couldn’t have been Nigerian, because Nigerians love their lives too much.

We’ve long since purged ourselves of those notions. When Western media reported that the suicide bombing in Paris was the first by a woman on European soil, I could only think, “that was Nigeria two years ago.” The first recorded such attack here took place in June 2013. Since then, there have been more than 30 by women and girls, while thousands of civilians have been killed by Boko Haram fighters.

More than two million people have been displaced by the conflict, but the world is largely oblivious, perhaps because these refugees are not a threat to Europe’s security and Western civilization. Many are holed up in camps like Yola’s, but most are squatting with family or friends in safer areas. If there’s a unifying emotion among them, it’s homesickness. They’re terribly eager for peace so they can return home and rebuild their lives: farming, fishing, trading, traveling.

At one of the camps I visited, I met a Muslim man who, as soon as he heard I was from the southwest, switched flawlessly to my Yoruba language. He was a frequent traveler to Ibadan and Lagos, hundreds of miles away, buying lace and coconuts to sell at home in Borno state, heartland of the Boko Haram insurgency. Another man I interviewed was a cross-country cattle merchant and local politician; one of his daughters had been missing for a year, since they fled their town.

Many people are now returning to villages and towns the Nigerian military has liberated. In August, President Muhammadu Buhari gave the newly appointed military chiefs an improbable December deadline to defeat Boko Haram.

Even if, by a miracle, Boko Haram was routed once and for all, the work would only just have started. All those displaced persons have to be rehabilitated — a task likely to prove harder even than the protracted military operation. A reintegration program in the restive Niger Delta has cost more than a billion dollars; repairing the damage done by Boko Haram will surely cost more.

How will Nigeria, facing dwindling revenues, restore two million people to their homes? How can all the children who have now lost almost two years of education catch up — especially in a region like Borno with historically abysmal attendance rates (about seven out of 10 children didn’t go to school, even before Boko Haram started destroying their schools)? And what about all those burned-out schools, hospitals, bridges and houses? That’s before even thinking about support or treatment for the psychological trauma of witnessing massacres, or being victims of forced marriage and sexual abuse.

Sadly, unlike France or America, Nigeria will never know the names of most of the terrorists’ victims. Here, there are no official tallies of casualties, and news agencies proclaim death tolls in hedged terms — “at least,” “more than,” “as many as.” Much about this tragedy plays out in the realm of speculation. The vagueness extends from the loss of life itself to the dignity of its acknowledgment.

Soldiers fare no better. Often, they’re buried with little ceremony, as though there was something shameful about dying for one’s country in this fight. There are no flags flying, no televised military funerals, no profiles of dead soldiers in the media. When tributes emerge, they’re from family and friends, confined to social media. Mr. Buhari’s decoration of a handful of war heroes in Yola in November was the first such event dedicated to soldiers fighting Boko Haram.

Admittedly, there’s nothing new about these attitudes toward suffering and loss in Nigerian history. We fought a brutal civil war nearly 50 years ago, in Biafra, but there’s no way to tell that from visiting the National Museum in Lagos. And a planned National Museum in Abuja has never been built. If the devastation of Boko Haram teaches us anything, it should be that if we do not memorialize terror’s victims, then we can hardly complain when nobody else does.

Tolu Ogunlesi is the West Africa editor for The Africa Report and the author, most recently, of the novella Conquest and Conviviality.