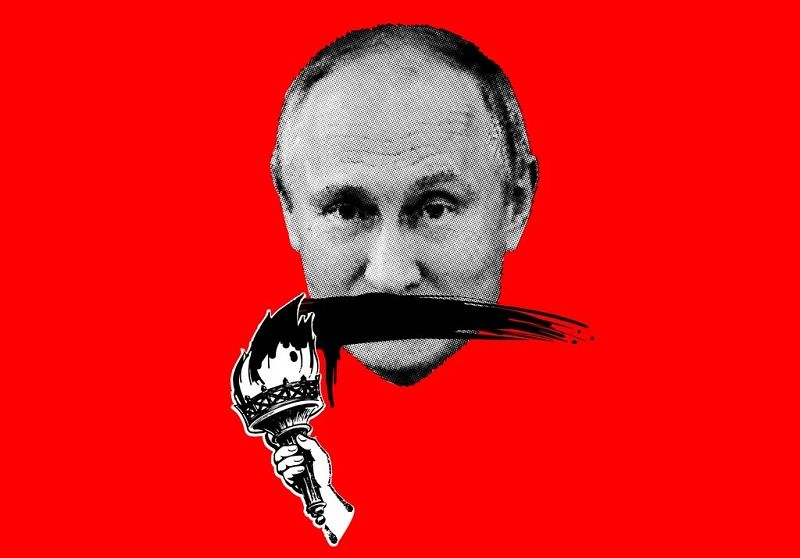 Russia’s crafty campaign to hack the 2016 election may seem unprecedented, but in a way it’s not. Sure, secret agents and front groups have hacked email systems, dumped documents on WikiLeaks, paid an army of internet trolls and spent thousands buying political ads on social media. It all seems new because the technologies are new. But it’s not the first time a government tried to mess with our heads by manipulating our media.

In fact, for more than two decades during the Cold War, the public was bombarded by an enormous publicity campaign to shape American views of Russia and its foreign policy. Advertisements appeared on every TV network, on radio stations across the country and in hundreds of newspapers. The campaign may have been the largest and most consistent source of political advertising in American history. And it was orchestrated by a big, powerful intelligence service: the Central Intelligence Agency.

It all began as a cover story. As the Cold War was getting underway, the C.I.A. wanted to take the fight into Russia’s backyard. So, in 1950, it created Radio Free Europe, a government-sponsored broadcasting station. Ostensibly, it provided unbiased news for Eastern Europeans, but in fact the agency used it to wage a subversive campaign to weaken Communist governments behind the Iron Curtain.

But how to hide the agency’s hand? How to account for the millions of C.I.A. dollars pouring into the broadcasting station? Simple: pretend that ordinary Americans are paying the bills.

Every president from Harry Truman to Richard Nixon endorsed the campaign. So did hundreds of governors, mayors, celebrities, editors and executives. Entertainers like Ronald Reagan, Rock Hudson, Jerry Lewis and the Kingston Trio pleaded for donations on radio and television. The Hollywood producers Darryl Zanuck and Cecil B. DeMille amplified those messages, as did powerful media figures like Bill Paley, the president of CBS; C. D. Jackson, the publisher of Fortune; and the media mogul Henry Luce. Even newspaper delivery boys played a part, soliciting donations from subscribers on their paper routes.
Then there was the Ad Council, the same industry organization that turned Smokey Bear into a cultural icon. The council sponsored the crusade as a public service, arranging for broadcasters to run ads without charge. The Ad Council’s sponsorship translated into as much as $2 billion worth of free advertising over the campaign’s history, in 2017 dollars.

The message was simple: Russia was aggressive; Communism was awful. The enemy couldn’t be trusted. Typical ads conveyed a brutalized vision of life behind the Iron Curtain: “a strip of Communist-controlled hell-on-earth,” one read. Donating a few bucks would save Czechs, Poles, Hungarians and others from this tyranny. Many thousands of Americans took the bait. They dutifully wrote checks to Radio Free Europe, and their contributions were magnified by gifts from many of the country’s biggest corporations, yielding, on average, about $1 million annually.

It wasn’t enough: The donations barely covered the cost of running the “fund-raising drives,” to say nothing of Radio Free Europe’s $30 million annual budgets. But that wasn’t the point.
Declassified documents reveal that almost from the start, the C.I.A. saw that it could exploit the fund-raising campaign as a conduit for domestic propaganda. It was a way to rally public support for the Cold War by dramatizing Communist repression and stoking fears of a worldwide menace. The plight of Eastern Europe brought moral clarity to the Cold War, and it cemented the region as a vital national interest in American domestic politics.

Its impact outlived the campaign itself. Even though the pleas for donations ended in 1971, when the C.I.A. was exposed and stopped funding the station, they cemented anti-Communist hostility that animated conservative opposition to détente in the 1970s. It provided the leitmotif for Reagan’s denunciations of the “evil empire” in the 1980s. One can even hear echoes in Donald Trump’s recent speech to the United Nations: His long digression on the evils of socialism seems drawn from the heated rhetoric of ads gone by.

So, too, does our post-truth media environment carry voices from this past. The crusade blasted all information from enemy sources as lies and deceit — fake news, we could say. This counter-propaganda sought to inoculate the public from being receptive to anything said by the other side. It’s a tactic we’ve seen play out in real time on the president’s Twitter feed.

And almost certainly, Radio Free Europe itself — which continues to operate out of its headquarters in Prague — has shaped Vladimir Putin’s worldview. Russia has long tried to claim Eastern Europe as its sphere of influence. Moscow hated the station for its meddling. As a K.G.B. officer, Mr. Putin no doubt spent many hours fretting over its activities in the Soviet bloc. It was a major irritant. He may even see the 2016 election hack as a way to even the score. If so, it’s payback indeed.

Kenneth Osgood is a professor of history at the Colorado School of Mines.