Seven years ago, when I started free soloing long, hard routes in Yosemite — climbing without a rope, gear or a partner — I did it because it seemed like the purest, most elegant way to scale big walls. Climbing, especially soloing, felt like a grand adventure, but I never dreamed it could be a profession. However, over the years sponsors came to me one by one. I assumed that they wanted me to represent their companies because they supported what I was doing.

So it came as a shock last week when I came off a four-day climb of El Capitan in Yosemite to learn that Clif Bar, which had sponsored me for four years, had fired me along with four other well-known climbers: Dean Potter, Steph Davis, Cedar Wright and Timmy O’Neill. What was going on? Was Clif Bar terminating its sponsorship because I was doing exactly what I thought it had signed me up for in the first place? 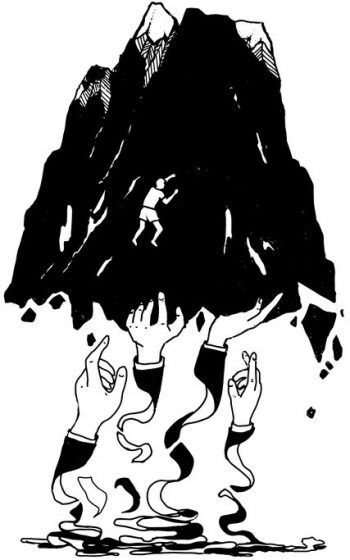 Within the climbing world, we are all known for taking risks in one form or another. Our careers as climbers have been shaped by free soloing. Dean Potter and Steph Davis have taken the game much further with BASE jumping and wingsuit flying — parachuting off cliffs — but at heart they are still rock climbers who are inspired by the mountains. The fact that the adventures that we seek out are dangerous is part of what makes them interesting to the public and to sponsors.

Outrage swept through the climbing community at the news of our firing, which followed the release of the film “Valley Uprising,” a history of Yosemite climbing that shows some of our exploits. I came down from El Capitan to dozens of texts and emails asking for details or commiserating. On the web, hundreds of comments lit up climbing sites, mostly along the lines of “I’m firing Clif for stupidity” or “Lame move Clif Bar.”

Of course, I was disappointed to be dropped by a sponsor, especially since I’ve always liked Clif Bar’s product and really respect the company’s environmental activism. And it did seem odd that after years of support, someone at Clif Bar seemed to have awakened suddenly and realized that climbing without a rope on vertical walls as high as 2,000 feet is dangerous.

Still, I couldn’t help but understand their point of view.

“We have and always will support athletes in many adventure-based sports, including climbing,” Clif Bar said in a statement after the furor erupted. “And inherent in the idea of adventure is risk. We appreciate that assessing risk is a very personal decision. This isn’t about drawing a line for the sport or limiting athletes from pursuing their passions. We’re drawing the line for ourselves.”

In essence, that’s the same way I feel when free soloing. I draw the lines for myself; sponsors don’t have any bearing on my choices or my analysis of risk. Soloing appeals to me for a variety of reasons: the feeling of mastery that comes from taking on a big challenge, the sheer simplicity of the movement, the experience of being in such an exposed position. Those reasons are a powerful enough motivation for me to take certain risks. But it’s a personal decision, and one that I consider carefully before any serious ascent.

In climbing, sponsors typically support an athlete but provide very little direction, giving the climber free rein to follow his or her passion toward whatever is inspiring. It’s a wonderful freedom, in many ways similar to that of an artist who simply lives his life and creates whatever moves him. Clif Bar’s decision to fire the five of us may limit that freedom.

In an interview on the website of the magazine Rock and Ice, Dean Potter said: “My fear is with the onset of mainstream interest in extreme sports that diversity will be subdued and eventually snubbed out within our great outdoor community. Shouldn’t we question when the leaders of our community try to manipulate our culture into a mono crop?”

If sponsors back away from risky behaviors, it may well slowly mold climbing into a safer, more sterile version of what it is today. But I tend to think that whether sponsors support such behavior or not shouldn’t really have any bearing on our motivations. I know that when I’m standing alone below a thousand-foot wall, looking up and considering a climb, my sponsors are the furthest thing from my mind. If I’m going to take risks they are going to be for myself — not for any company.

Free soloing is almost as old as climbing itself, with roots in the 19th century. Climbers are continuing to push the boundaries. There are certainly better technical climbers than me. But if I have a particular gift, it’s a mental one — the ability to keep it together where others might freak out.

Everyone needs to find his or her own limits for risk, and if Clif Bar wants to back away from the cutting edge, that’s certainly a fair decision. But we will all continue climbing in the ways that we find most inspiring, with a rope, a parachute or nothing at all. Whether or not we’re sponsored, the mountains are calling, and we must go.

Alex Honnold is working on a memoir, Alone on the Wall.