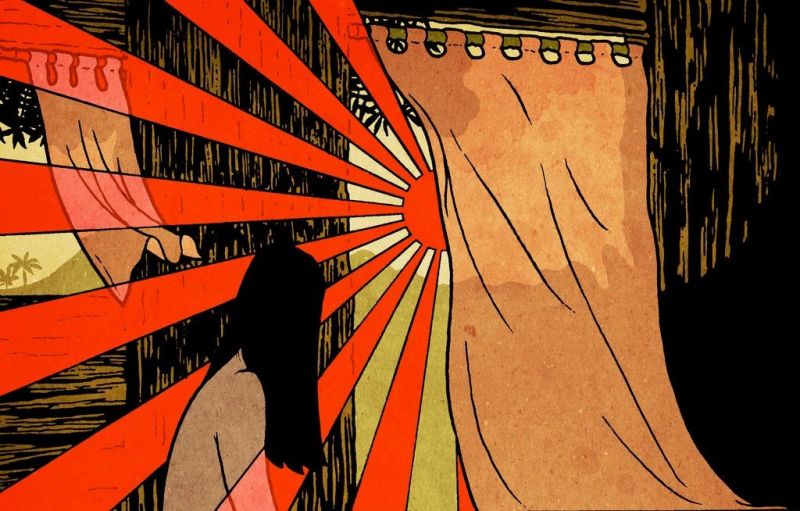 In 1942, a lieutenant paymaster in Japan’s Imperial Navy named Yasuhiro Nakasone was stationed at Balikpapan on the island of Borneo, assigned to oversee the construction of an airfield. But he found that sexual misconduct, gambling and fighting were so prevalent among his men that the work was stalled.

Lieutenant Nakasone’s solution was to organize a military brothel, or “comfort station.” The young officer’s success in procuring four Indonesian women “mitigated the mood” of his troops so well that he was commended in a naval report.

Lieutenant Nakasone’s decision to provide comfort women to his troops was replicated by thousands of Imperial Japanese Army and Navy officers across the Indo-Pacific both before and during World War II, as a matter of policy. From Nauru to Vietnam, from Burma to Timor, women were treated as the first reward of conquest.

We know of Lieutenant Nakasone’s role in setting up a comfort station thanks to his 1978 memoir, “Commander of 3,000 Men at Age 23.” At that time, such accounts were relatively commonplace and uncontroversial — and no obstacle to a political career. From 1982 to 1987, Mr. Nakasone was the prime minister of Japan.

Today, however, the Japanese military’s involvement in comfort stations is bitterly contested. The government of Prime Minister Shinzo Abe is engaged in an all-out effort to portray the historical record as a tissue of lies designed to discredit the nation. Mr. Abe’s administration denies that imperial Japan ran a system of human trafficking and coerced prostitution, implying that comfort women were simply camp-following prostitutes.

The latest move came at the end of October when, with no intended irony, the ruling Liberal Democratic Party appointed Mr. Nakasone’s own son, former Foreign Minister Hirofumi Nakasone, to chair a commission established to “consider concrete measures to restore Japan’s honor with regard to the comfort women issue.”

The official narrative in Japan is fast becoming detached from reality, as it seeks to cast the Japanese people — rather than the comfort women of the Asia-Pacific theater — as the victims of this story. The Abe administration sees this historical revision as integral to restoring Japan’s imperial wartime honor and modern-day national pride. But the broader effect of the campaign has been to cause Japan to back away from international efforts against human rights abuses and to weaken its desire to be seen as a responsible partner in prosecuting possible war crimes.

A key objective of Mr. Abe’s government has been to dilute the 1993 Kono Statement, named for Japan’s chief cabinet secretary at the time, Yohei Kono. This was widely understood as the Japanese government’s formal apology for the wartime network of brothels and front-line encampments that provided sex for the military and its contractors. The statement was particularly welcomed in South Korea, which was annexed by Japan from 1910 to 1945 and was the source of a majority of the trafficked comfort women.

Japan’s current government has made no secret of its distaste for the Kono Statement. During Mr. Abe’s first administration, in 2007, the cabinet undermined the Kono Statement with two declarations: that there was no documentary evidence of coercion in the acquisition of women for the military’s comfort stations, and that the statement was not binding government policy.

Shortly before he became prime minister for the second time, in 2012, Mr. Abe (together with, among others, four future cabinet members) signed an advertisement in a New Jersey newspaper protesting a memorial to the comfort women erected in the town of Palisades Park, N.J., where there is a large Korean population. The ad argued that comfort women were simply part of the licensed prostitution system of the day.

In June this year, the government published a review of the Kono Statement. This found that Korean diplomats were involved in drafting the statement, that it relied on the unverified testimonies of 16 Korean former comfort women, and that no documents then available showed that abductions had been committed by Japanese officials.

Then, in August, a prominent liberal newspaper, The Asahi Shimbun, admitted that a series of stories it wrote over 20 years ago on comfort women contained errors. Reporters had relied upon testimony by a labor recruiter, Seiji Yoshida, who claimed to have rounded up Korean women on Jeju Island for military brothels overseas.

The scholarly community had long determined that Mr. Yoshida’s claims were fictitious, but Mr. Abe seized on this retraction by The Asahi to denounce the “baseless, slanderous claims” of sexual slavery, in an attempt to negate the entire voluminous and compelling history of comfort women. In October, Mr. Abe directed his government to “step up a strategic campaign of international opinion so that Japan can receive a fair appraisal based on matters of objective fact.”

Two weeks later, Japan’s ambassador for human rights, Kuni Sato, was sent to New York to ask a former United Nations special rapporteur on violence against women, Radhika Coomaraswamy, to reconsider her 1996 report on the comfort women — an authoritative account of how, during World War II, imperial Japan forced women and girls into sexual slavery. Ms. Coomaraswamy refused, observing that one retraction did not overturn her findings, which were based on ample documents and myriad testimonies of victims throughout Japanese-occupied territories.

There were many ways in which women and girls throughout the Indo-Pacific became entangled in the comfort system, and the victims came from virtually every settlement, plantation and territory occupied by imperial Japan’s military. The accounts of rape and pillage leading to subjugation are strikingly similar whether they are told by Andaman Islanders or Singaporeans, Filipino peasants or Borneo tribespeople. In some cases, young men, including interned Dutch boys, were also seized to satisfy the proclivities of Japanese soldiers.

Japanese soldiers raped an American nurse at Bataan General Hospital 2 in the Philippine Islands; other prisoners of war acted to protect her by shaving her head and dressing her as a man. Interned Dutch mothers traded their bodies in a church at a convent on Java to feed their children. British and Australian women who were shipwrecked off Sumatra after the makeshift hospital ship Vyner Brooke was bombed were given the choice between a brothel or starving in a P.O.W. camp. Ms. Coomaraswamy noted in her 1996 report that “the consistency of the accounts of women from quite different parts of Southeast Asia of the manner in which they were recruited and the clear involvement of the military and government at different levels is indisputable.”

For its own political reasons, the Abe administration studiously ignores this wider historical record, and focuses instead on disputing Japan’s treatment of its colonial Korean women. Thus rebuffed by Ms. Coomaraswamy, the chief cabinet secretary, Yoshihide Suga, vowed to continue advocating in international bodies, including the United Nations Human Rights Council, for Japan’s case, which is to seek to remove the designation of comfort women as sex slaves.

The grave truth about the Abe administration’s denialist obsession is that it has led Japan not only to question Ms. Coomaraswamy’s report, but also to challenge the United Nations’ reporting on more recent and unrelated war crimes, and to dismiss the testimony of their victims. In March, Japan became the only Group of 7 country to withhold support from a United Nations investigation into possible war crimes in Sri Lanka, when it abstained from voting to authorize the inquiry. (Canada is not a member of the Human Rights Council but issued a statement backing the probe.) During an official visit, the parliamentary vice minister for foreign affairs, Seiji Kihara, told Sri Lanka’s president, “We are not ready to accept biased reports prepared by international bodies.”

Rape and sex trafficking in wartime remain problems worldwide. If we hope to ever reduce these abuses, the efforts of the Abe administration to deny history cannot go unchallenged. The permanent members of the United Nations Security Council — all of whom had nationals entrapped in imperial Japan’s comfort women system — must make clear their objection to the Abe government’s perverse denial of the historical record of human trafficking and sexual servitude.

The United States, in particular, has a responsibility to remind Japan, its ally, that human rights and women’s rights are pillars of American foreign policy. If we do not speak out, we will be complicit not only in Japanese denialism, but also in undermining today’s international efforts to end war crimes involving sexual violence.

Mindy Kotler is the director of Asia Policy Point, a nonprofit research center.