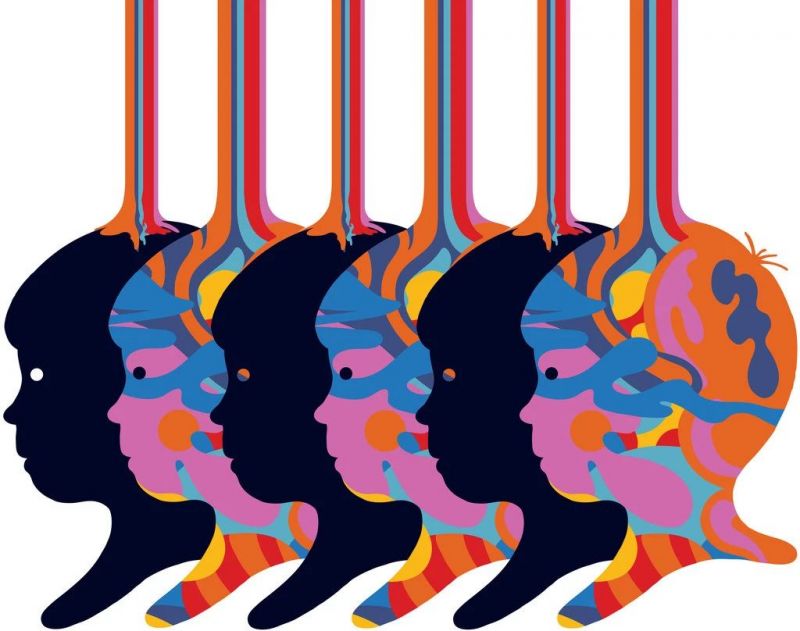 Behind a half-century of policies to promote child development, there lies an assumption: that children are essentially equally affected by the environments they grow up in, and that positive interventions like preschool education should therefore help all children. But what if this isn’t true?

Evidence suggests that some children are — in one frequently used metaphor — like delicate orchids; they quickly wither if exposed to stress and deprivation, but blossom if given a lot of care and support. Others are more like dandelions; they prove resilient to the negative effects of adversity, but at the same time do not particularly benefit from positive experiences. In this sense, resilience, long thought to be an exclusively beneficial characteristic, is actually a double-edged sword.

State, local and federal governments, as well as parents and schools, spend a great deal of money trying to help kids succeed and keep them out of trouble. Research should help us understand why some children come out of development programs with enhanced capabilities and fewer behavioral problems, while others don’t seem to be affected very much — or at all. Eventually, we may be able to identify the children who will benefit the most, and consider investing extra resources in them.

What distinguishes children who prove more versus less susceptible — for better and for worse — to developmental experiences? There is no single factor, but genetics seems to play a role.

Every gene contains two so-called alleles — one from each parent. There is evidence that people who carry certain variations of these alleles have a greater chance of developing particular disorders. For instance, short alleles of the gene 5-HTTLPR, which transports serotonin, have been linked to depression, while long alleles of the dopamine-receptor gene DRD4 have been linked to attention deficit hyperactivity disorder. Intriguingly, these “risk” genes also turn out to be associated with heightened sensitivity to environmental conditions. Children who carry either or both of them appear to be most adversely affected by negative experiences, and seem to benefit most from supportive ones. Children without them seem relatively immune to the effects of both supportive and unsupportive environments.

Seven new studies provide powerful evidence of children’s so-called differential susceptibility to their environments, as does a meta-analysis of behavioral research on genetics and the effectiveness of interventions. This body of work, supported in part by the Jacobs Foundation of Switzerland, will be published next year in a special section of the journal Development and Psychopathology, which I edited along with Marinus H. van IJzendoorn of Leiden University.

One randomized controlled trial in the forthcoming special section examines the effect on adolescent substance abuse of the Adults in the Making Program, a project led by Gene H. Brody and Steven R. H. Beach of the University of Georgia. Nearly 300 rural African-American youths and their families participated in the program, which involved six consecutive weekly group meetings. Parents were taught to provide emotional support and to encourage responsible decision making. Youths were taught to plan for the future. The program succeeded in preventing increases in drug use over a period of more than two years among teenagers growing up in the most troubled families — but only if those teenagers were carrying DRD4 long alleles (which the researchers tested for with a saliva sample).

Another study, led by Stacy S. Drury of Tulane University, looked at children living in Romanian orphanages who were severely deprived emotionally. The serotonin transporter gene, 5-HTTLPR, emerged as critical for understanding why only some children benefited when randomly assigned to high-quality foster care. Children who carried short alleles of the gene and went to foster care proved the least disobedient and aggressive by 4.5 years of age, while those who remained in the orphanage displayed the most such behavior. Children without the genetic variation behaved somewhere in the middle, regardless of where they lived.

Perhaps even more compelling are the much longer-term results of the Fast Track Project, developed by Kenneth A. Dodge of Duke University and colleagues. Beginning in kindergarten, at-risk white students in some schools were provided 10 years of extra academic and social support, involving teachers, parents and peers. The participants were interviewed and tested when they turned 25. Those carrying one variant of the glucocorticoid receptor gene NR3C1, which plays a role in how our bodies respond to stress, displayed the least psychopathological behavior (measured by drug use and other factors) if they attended the program, but the most if they had no extra support. The behavior of children carrying other variants of the same gene was unaffected by the extra support.

What are the implications of these results? One is that we should not be surprised if even well-designed programs fail over all, because children vary in their susceptibility to environmental influences.

This brings up a challenging ethical question: Should we seek to identify the most susceptible children and disproportionately target them when it comes to investing scarce intervention and service dollars?

I believe the answer is yes. Of course, we have a lot of research to do before that is possible. We need to understand that many genes and even environmental factors are likely to affect how susceptible children are to environmental influences. Thus, we need to move beyond investigations of single genes to examine multiple genes simultaneously, which is becoming possible thanks to advances in DNA sequencing. Some work of this kind already reveals that instead of thinking only in terms of certain children being susceptible and others not, it is more accurate to say that some children are highly susceptible, some are moderately so and some are far less so.

Those who value equity over efficacy will object to the notion of treating children differently because of their genes. But if we get to the point where we can identify those more and less likely to benefit from a costly intervention with reasonable confidence, why shouldn’t we do this? What is ethical, after all, about providing services to individuals for whom we believe they will not prove effective, especially when spending taxpayers’ money?

One might even imagine a day when we could genotype all the children in an elementary school to ensure that those who could most benefit from help got the best teachers. Not only because they would improve the most, but also because they would suffer the most from lower quality instruction. The less susceptible — and more resilient — children are more likely to do O.K. no matter what. After six or seven years, this approach could substantially enhance student achievement and well-being.

Let me say clearly that even if targeting can be done effectively, it doesn’t mean abandoning those who appear less responsive. Every child deserves a decent quality of life, no matter the cost or long-term payoff. Furthermore, money saved by restricting interventions to those most likely to benefit should be used to explore different and conceivably radical intervention alternatives. After all, we don’t know if the children who seem unsusceptible to interventions truly are, or whether they’re simply not affected by what is currently being provided. The ultimate goal should not be to save money, but rather to spend it more wisely.

For now, after half a century of childhood interventions that have generated exaggerated claims of both efficacy and ineffectiveness, we need to acknowledge the reality that some children are more affected by their developmental experiences — from harsh punishment to high-quality day care — than others. This carries implications for scientists evaluating interventions, policy makers funding them and parents rearing children.

Jay Belsky, a professor of human development at the University of California, Davis.