In the spring of 2015, 13-year-old Huang Kailong had just skipped a grade, from fifth to seventh, and her future sparkled with promise. Then she ran away from home. In a letter to her parents, Kailong explained the reason for leaving: She felt unloved.

Kailong grew up in Jidao, a picturesque village in Guizhou Province, one of the least developed in China. In her letter, she reminded her parents that they had left her with an aunt when she was just a year old. During the bulk of her childhood, her parents would go away for about four months every year to chop sugar cane in Guangdong Province, and they’d leave her with different relatives, an arrangement she had resented.

“I felt like a stray dog,” she said to me in the coastal city of Wenzhou, where she now lives with her boyfriend and several dogs they took in from the street.

In January, social media across the world lit up with the wind-burned face of Wang Fuman, an 8-year-old living with his grandparents in a remote village in Yunnan Province who treks almost three miles to school every day. He showed up in his classroom one morning with frost-covered hair, a teacher took his photo, posted it online and it went viral. The picture drew attention to the plight of the many Chinese children who grow up in the countryside without their parents nearby.

In the last three decades, 280 million Chinese people have left their villages for the booming cities in search of work, making up the greatest wave of migration in human history. But while seeking a better long-term future for their families through more lucrative employment, millions of these migrants left their children behind in the villages — sometimes to live with family members, sometimes to fend for themselves.

Reliable data are always hard to come by in China. According to a 2013 report from the All-China Women’s Federation, 30 million children — more than 10 percent all children in China — were living in the countryside without their parents, often in the care of relatives. A 2016 government report said that at least 360,000 of the children were left totally alone, with no family members to take care of them. 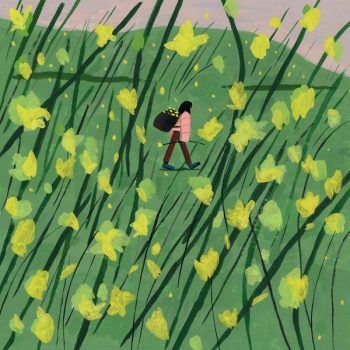 Parents have many good reasons for leaving their children behind: the high cost of living in cities, unstable employment so far from home and the restraints of China’s household registry system, known as hukou, which ties citizens’ welfare benefits and school privileges to their place of birth.

In the countryside, children left with extended family — usually uneducated or even illiterate grandparents with onerous jobs — are at risk of not getting adequate care. Discipline is often lacking. Aging guardians may fail to send the young children to preschool or may be unable to help older children with their homework. The lack of parental care in the countryside has been correlated with emotional and developmental problems among children.

And while urban children have thrived academically in recent decades, that has not been the case for their rural cousins, especially those who have been left behind. A study by Stanford University researchers, in collaboration with Chinese academics, found that children in the countryside were much less likely to complete high school. Those with both parents having left for the city perform markedly worse in school than those having one parent around, and boys are affected more than girls.

Other factors contribute to low academic achievement in rural China — notably, poor teaching standards and facilities at rural schools, and prohibitively high tuition costs (only nine years of school is free). But the crucial factor is the absence of parents.

Even children from the countryside who move to the cities with their parents are unlikely to get a good education. In recent years, restrictions on migrants to the cities have been easing. But in most cities, migrant parents still have great difficulty sending their children to good local schools because they need documents such as a resident permit, job and rental contracts, proof that taxes have been paid and so on.

Several sensational stories in recent years have brought attention to the problem of left-behind children. Among them, in June 2015, four left-behind siblings committed suicide together by swallowing pesticide in Guizhou Province.

In response, in 2016 the government called for better social services to protect such children. But on my recent visits to the countryside, in interviews with children and parents, it’s clear that a great deal more needs to be done. Rural education and village-level social services still lag. And migrants must be allowed to send their children to good local schools in urban areas where they work — and not substandard, makeshift schools for migrant kids.

Without effectively addressing the problems facing left-behind children and providing for the needs of rural youths, the vaunted “Chinese Dream” will remain unfulfilled for much of the country.

Lijia Zhang is a journalist and the author of the novel Lotus.