The dissident Chinese writer is an apocryphal beast. There are Chinese dissidents, of course, and some of them even write, but romantic images of Soviet-style repression — hostile state censors redacting novels with a red pen, writers forced to choose between humiliating submission and courageous defiance — do not apply in China today. Dissidents are regularly disciplined or imprisoned for their academic research, their journalism, their legal activism or their ethnic identity. But a mere poem rarely lands anyone in prison. The Chinese poet-hero does not exist.

For years Chinese authors in China have been writing books that get banned, with no dramatic repercussions. Yan Lianke’s examinations of the cult of Mao and tragic episodes from China’s Communist history are given a wide berth by publishers on the mainland, appearing in Taiwan and Hong Kong instead. But his novels do get published here, he goes about unmolested, and he has a prestigious position at one of China’s best universities. Sheng Keyi and Chan Koonchung have both written fiction touching on the aftermath of the Tiananmen Square crackdown without, by their own accounts, so much as a slap on the wrist. 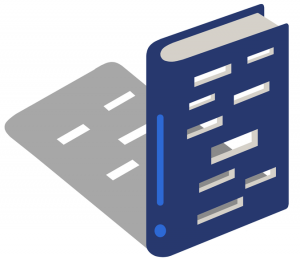 Self-censorship seems to be the main problem. Along with Mo Yan, perhaps the most famous example, many Chinese writers appear to be avoiding controversial subjects. But if those topics don’t really incur the wrath of the government, why are these authors censoring themselves at all? In fact, the social cohesiveness of the literary establishment, rooted in traditional Chinese attitudes toward authority, is far more corrosive to Chinese writers’ artistic independence than the state itself.

This isn’t to say that official censorship doesn’t exist. A government body known as the State Administration of Press, Publication, Radio, Film and Television (Sapprft) is responsible for managing publishing in China. But it gives out most political directives as vague recommendations, and leaves publishers to interpret them. Publishers then pass on to authors a general sense of foreboding, casting it as an unfortunate but unavoidable fact of nature, like bad weather. They advise precaution, while expressing their sympathy.

Authors seem to be surrounded by sympathy — from publishers, from editors, from one another. Alongside the government’s publication system is a vast, tight-knit literary social structure, comprising magazines, literary-prize panels, academic symposia and book reviewers, and bolstered by a nationwide government body called the Chinese Writers Association. This group is a holdover from China’s planned-economy years, and in its attempts to professionalize the writing trade, it continues to disburse a modest salary to writers of a certain rank and pays for training, trips abroad and the like.

All literary societies probably tend toward cliquishness, but China’s is an especially monolithic old-boy network driven by personal relations. It is also governed by a tendency known as kan ren bu kan zuopin: looking at the writer, not the writing. Yan Lianke, who has often fallen afoul of the system, explained to me by email that, “‘Looking at the writers’ means looking at where they stand on various issues, their loyalties: Do you have the same ethical or artistic standpoint as I do?”

To study the nature of the pressure on Chinese writers is to draw a distinction between political power and personal authority: There is no official connection between Sapprft and the Chinese Writers Association. As Chinese writers try to navigate the system and advance their careers, government policy is only one of the things they must take into consideration, and not even the most important one.

There are people to take to dinner, tastes to cater to, artistic maxims to uphold. There is also outright corruption, as literary careers are ruined over personal vendettas and prizes are bought and paid for. This structure, and the pressures it creates on authors, would remain in place if Sapprft were disbanded tomorrow.

What does it take to buck the system? Either you remain forever on the margins, pitching books to editors who have never heard your name, hoping for plaudits from authors whose own work you have never praised. Or, for writers already within the system, you spurn the patrons who made your careers, humiliate the peers who made the same compromises you once did. When you are a Chinese author, being anti-authoritarian means being anti-social: It requires not the courage to speak truth to power, but the courage to be rude to your friends.

In the late 1990s Han Dong, a Nanjing author and poet, joined Zhu Wen and a handful of others to instigate a movement called duanlie — break or split — explicitly rejecting the embrace of the literary establishment. The movement gained some traction over the next few years, but ultimately petered out. In a sense it was still a clique; the replacement of one society with another.

In highly socialized China, it is hard to imagine any writer being truly anti-social in the sense of being both disconnected from society and, when necessary, downright offensive. Some of the country’s greatest literary figures — the poet Li Po, the novelist Cao Xueqin — were outcasts, but not by choice: They had been exiled or ignored.

Yan Lianke represents one model of resistance, but it is a model that very few writers can follow. Though many of his books have been unpublishable inside China, he retains an uneasy place within the system. His talent cannot be ignored, but his insistence on writing about politically sensitive subjects means that his peers view him with embarrassment. He is almost alone. Even his family wishes he would stop.

Then there is Li Juan, who may be as far outside of the system as Chinese writers are able to get and still publish. She lives and writes in the Altay region of Xinjiang, in western China, musing on nomadic lifestyles and the turning of the seasons. Her literary career has taken what she calls the “wild path” — “wild” being traditionally used in Chinese to refer to things outside the establishment.

She isn’t defiant or high-handed; instead she seems shy, and is given to giggling in public. After a decade of writing in poverty, pitching to magazines and publishing houses, the strength of her writing gradually gained recognition. “The success of my writing relies to a certain extent on promotion by mainstream literary circles,” she wrote in an email, “so I can’t claim to be isolated from them. But my attitude has always been, ‘Don’t refuse, but don’t participate.”’ Despite her growing reputation, Li Juan claims to be hopeless at self-promotion: “I don’t know how to do anything but write.” She has little contact with anyone in the literary establishment besides the editors who publish her work.

“Some colleagues think I’m giving myself airs, but there have been some senior figures who have been willing to speak up for me, and I have to thank them.” Li Juan is unfailingly polite, almost self-effacing, except when conversation turns to the craft of writing. Evaluating her own and others’ words, Li Juan turns hard and displays a fixation that calls to mind Yan Lianke’s stubborn revisiting of historical subjects. Whatever quality this is — strength of character, disregard for the opinions of others — it is the closest thing China’s literary scene has got these days to the spirit of dissent.

Eric Abrahamsen is a translator and publishing consultant living in Beijing.