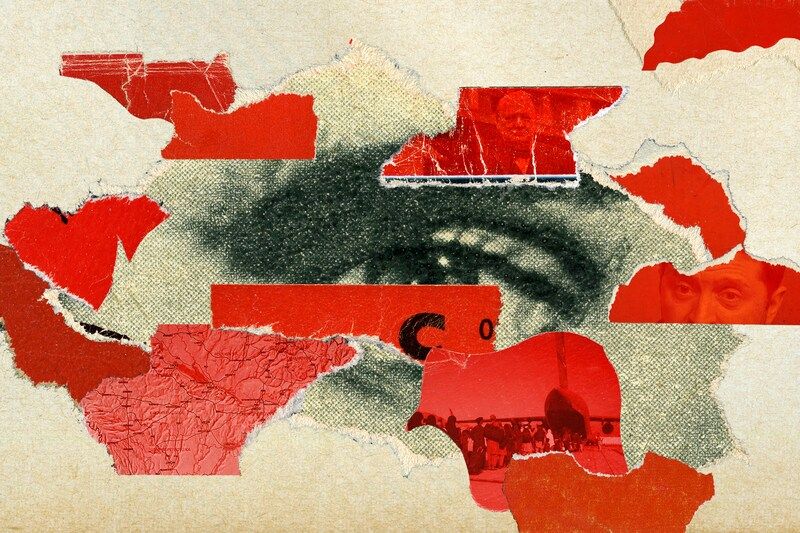 Intelligence agencies have a poor record of crucial predictions lately, at least of those that have become public knowledge.

Until the last minute, the grimmest forecasts of U.S. intelligence agencies last summer said Afghanistan’s government could hold out against the Taliban for three to six months after American forces left. No one expected near-instant collapse.

Then, in mid-February this year, “U.S. officials” — in the usual anonymous style — expected Russia to take Kyiv in several days and all of Ukraine in about a week. Russia’s own strategy assumed no resistance, believing Ukrainians would greet the invaders with flowers as liberators.

Ukrainian President Volodymyr Zelensky, meanwhile, figured in U.S. expectations as someone to evacuate from Kyiv. Zelensky himself labeled the threat of invasion as mere “psychological pressure”, which fit the Ukrainian intelligence assessment that Russia was bluffing and wouldn’t attack.

Why so many mistakes?

History doesn’t repeat itself, but it does echo. The echoes of intelligence history teach that the field’s core mistake is too much confidence in predicting how people — individuals and whole nations — will act.

To be fair, the U.S. assessment that Russia was preparing to invade turned out to be entirely correct. This, it appears, depended on what intelligence can achieve, especially by technological means — uncovering orders, supplies, troop movements and more.

A century ago, armies began radioing vast amounts of enciphered information. That created the opportunity to intercept and decipher an enemy’s communications — as Britain did with its success against Germany’s Enigma cipher during World War II. After that came satellites, staring down at the movement of forces. Add a reported network of human sources, and U.S. agencies had a high-resolution picture of what Russia was doing.

Ukrainian agencies presumably received much more of this picture than the public did — but still misread Russian dictator Vladimir Putin’s intentions. In part, that’s because they knew how divided Ukraine was internally. Zelensky’s approval rating was 21 percent. Putin could have destabilized Ukraine without invading, a senior intelligence official there told Israeli correspondent Anshel Pfeffer. Logic said Putin had no need for war.

It’s dangerously easy to assume the enemy shares your logic. In early April 1940, British military intelligence had multiple signs that Germany would invade Norway — and ignored them because, logically, Germany would target Norway and Sweden together, and too few German divisions were available to conquer both countries.

On the morning of Dec. 7, 1941, with deciphered messages showing that Japan was about to attack the United States, Army Chief of Staff George Marshall gave priority to warning Manila because, logically, that’s where Japan was likely to strike. His choice contributed to a fateful delay in warning commanders at Pearl Harbor.

In early October 1973, Israeli intelligence ignored all evidence of Egypt preparing to attack because, logically, it would not do so until it had the weapons it needed to retake all of Sinai. Egyptian President Anwar Sadat followed different logic.

As for Zelensky, no one foresaw that he would mobilize the Ukrainian language and send it into battle, to borrow what journalist Edward R. Murrow said of Winston Churchill. But then, U.S. assessments hardly predicted that Churchill would become the wartime leader we remember. A U.S. diplomat reported in early 1940 that when he met Churchill, the latter was “drinking whisky and soda”. The diplomat added that “it was quite obvious that [Churchill] had consumed a good many whiskies before I arrived”. Other U.S. diplomats described Churchill as “old and tired” and a “has-been”.

It is remarkably difficult to predict how a person will respond to crisis, to know who will evade responsibility and who will powerfully rise to it. Judging the mood of a whole nation, as well as forecasting how it will behave in a cataclysm, is harder yet.

The British National Archives holds thick folders of diplomatic messages from dozens of countries during World War II, all intercepted by British intelligence. Some of the cables contain reports on a country’s state of mind, based on diplomats’ conversations with officials, businesspeople or anonymous sources. Reading through them, I occasionally found one that lit up with seeming prescience, given what happened in the months after. Yet so many were wrong. Perhaps the ones that turned out right were no more prescient than a bet on the winning number at the roulette table.

Zelensky’s superb political theater surely stiffened Ukrainians’ resolve. But more was at work. The decision of some random 40-year-old citizen to volunteer for the territorial defense force and potentially face combat with minimal training could also be the result of a conversation with a neighbor, who was in turn influenced by her brother-in-law. After the fact, historians will explain why a particular emotion swept through a population. But it’s not obvious beforehand.

“The heart is deceitful above all things”, the prophet Jeremiah forewarned all who would try to prophesy after him. Satellites can photograph supply lines; code breakers can decrypt secret orders. Neither can read what a person will do in extreme duress; a person doesn’t know herself till the moment comes.

The greatest mistake in the intelligence assessments of recent months was not the misreading of leaders or nations. It was the hubris of, yet again, putting too much trust in those assessments.

Gershom Gorenberg is an Israeli historian and journalist.