The third anniversary of Hurricane Katrina lands squarely between the Democratic and Republican conventions. Some might lament that this reflects the public abyss into which New Orleans has fallen. But it also serves as a reminder to urge the next president to bring fresh attention to the city’s recovery. 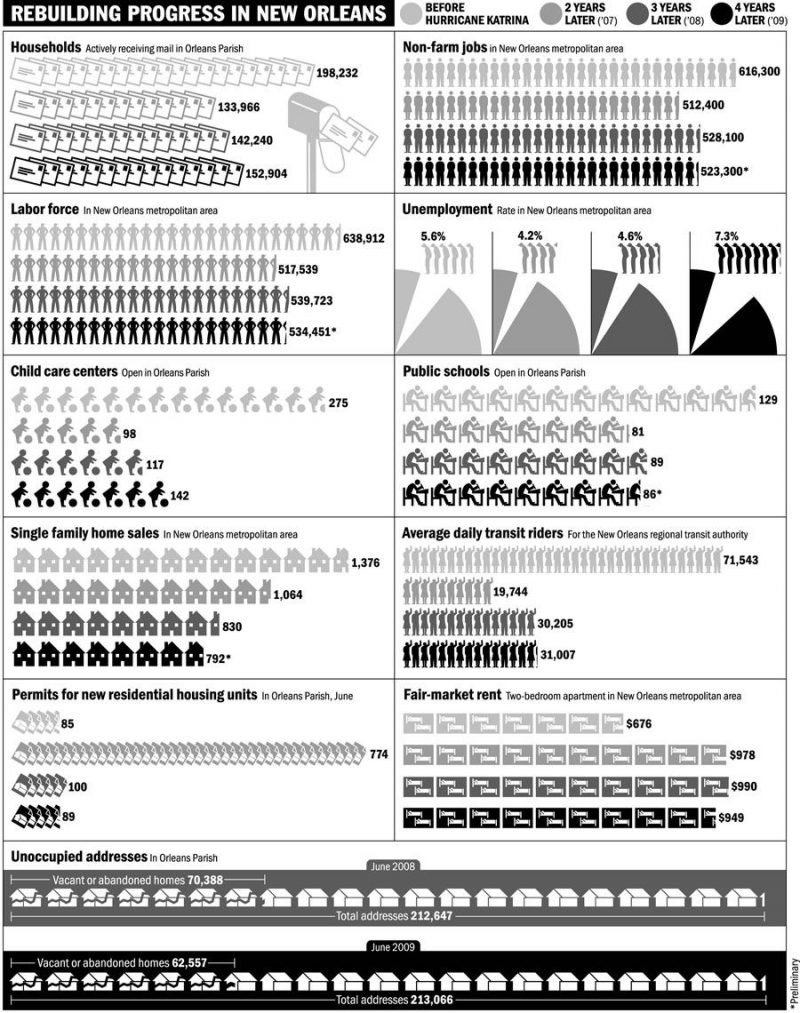 Yes, New Orleans is regaining economic health. The city has recovered most of its population and jobs, giving it a foundation to support rebuilding. It has also reopened 87 public schools, including many new charter schools, as the state strives to overhaul the city’s public education system.

Yet serious challenges remain. A deficient system of levees leaves most of New Orleans facing the same risk of flooding from a major storm as it did before Hurricane Katrina. There are still not enough basic public services — like hospitals and child-care centers. Public transit remains a huge problem as the number of riders has gone up by 40 percent in the past year, while only seven more buses have been put into service.

Although the population is increasing and the unemployment rate is very low (partly because of a shortage of workers for jobs related to construction and tourism), growth has stalled somewhat, as the city and region have added relatively few new households or jobs in the past year.

The ability to attract more workers is hindered by the high cost of rental housing, now almost 50 percent higher than it was before the storm. To increase the supply of affordable homes and reinvigorate blighted neighborhoods, the city must contend with more than 65,000 homes that are vacant or abandoned.

There is no question that there has been progress in New Orleans. Nonprofit groups, business leaders and some politicians are working hard to repair the city’s buildings and improve the criminal-justice and health-care systems. But as Tropical Storm Gustav threatened the city this week, residents had only to look at the inadequate levees and rotting houses to see how much remains to be done, how important Washington’s attention is, and how easily three years of halting progress could be washed away.

Amy Liu, the deputy director of the metropolitan policy program at the Brookings Institution and a co-author of its New Orleans index.