In the capitals of Europe, they are calling in the spies and the generals. I would call in someone far more frightening: an accountant. Europe’s states cannot afford the crises they have on their hands.

After the Paris attacks, the European Union needs to achieve three things: to restore control of its borders, screen and resettle its refugees, and retool its security forces to break the urban jihadist underground. Yet from London to Athens, governments are discovering that Europe’s financial quagmire has eaten away the very resources this security crisis demands.

Across the Continent, austerity budgets have cut the British Army to its smallest size since the Napoleonic Wars, slashed the Greek Navy, handicapped the Italian Coast Guard and seen Bulgarian border police officers protesting on the streets. Europe is not ready for urban warfare against the Islamic State, or even to patrol Greek island shores, let alone to conduct screening of the refugees shipwrecked on Italian beaches. Only a huge injection of cash can change this.

French and German ministers now see the refugee and security crises as linked, and have called for a new 10 billion euro fund to pay for enhanced security, better border controls and the integration of refugees. It will take more than that. Europe’s front-line states are in a miserable financial situation. If the crisis forces them to start borrowing heavily and break eurozone rules, the risks to their solvency and the common currency itself will rise. 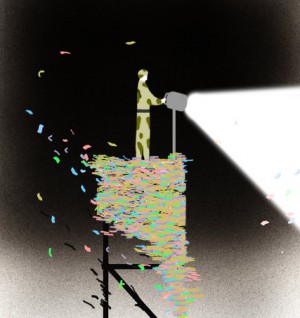 The French president, François Hollande, knows his country’s fiscal situation is as tough as its security one. France’s debt is expected to reach 96.5 percent of gross domestic product, while this year’s budget deficit is running at 3.8 percent of G.D.P. — in breach of eurozone rules that limit deficits to 3 percent. Before the Charlie Hebdo and Bataclan attacks, Mr. Hollande had been planning major defense cuts, including 34,000 members of the armed forces, to bring down this deficit.

Those cuts are now off. A former top antiterror investigator has warned that France’s security services are “simply overloaded.” Promising an extra 600 million euros to fight terrorism, the president declared: “The security pact takes precedence over the stability pact. France is at war.”

Spain, Portugal, Italy and Greece — all under severe pressure from Europe’s refugee crisis — are running budget deficits and have national debts equal to or greater than their annual G.D.P. Following Paris’s lead, Italy is now calling for Brussels to exempt it from eurozone deficit rules so that it can spend more on security, while Athens resents being forced to cut 200 million euros, or about 5 percent, from its defense budget when it should be policing the islands and screening refugee flows for infiltrators sent by Raqqa, the Syrian city that is the Islamic State’s de facto capital.

Even as British parliamentarians voted to escalate military action against the Islamic State, the British Army is absorbing cuts from about 100,000 servicemen and -women to around 82,000. Britain has reduced its police force by 40,000 officers. Even so, the country’s budget deficit is running at 4.4 percent and the nation’s debt at 88 percent of G.D.P. Prime Minister David Cameron has announced new spending on counterterrorism, but Britain can afford military spending only at roughly half of 1990 rates.

The crisis is challenging even for Europe’s most generous humanitarians. Sweden is planning to redirect 60 percent of its overseas aid budget to cope with the expected arrival of 190,000 refugees by the end of this year. The finance minister has said the influx means Sweden will have to start borrowing more. Neighboring Finland has already cut its development budget by 43 percent, and Denmark is also reducing spending.

Berlin now faces an ominous bill, too. German authorities are committed to spending 12,500 euros a year as a welfare allowance for every asylum seeker, which could add up to 21 billion euros this year to feed, house, clothe and educate the roughly 1.5 million asylum seekers expected to have arrived by year’s end. Finance Minister Wolfgang Schäuble has conceded that Germany’s balanced budget, a proud achievement of Chancellor Angela Merkel last year, might be at risk in 2016.

The Syrian war, the Islamic State and the refugee crisis will not end soon, and the associated costs for Europe are bound to escalate. The European Union needs a crisis levy.

This is how the American government covered expenditures during World War II — with a tax revolution. In 1942, a 5 percent Victory Tax on all but the most modest incomes was levied. This was the first income tax raised on all Americans: Before the war, most Americans paid scarcely, if any, income tax. By the end of the war, 90 percent were filing returns. We forget just how much tax our grandparents were happy to pay in a crisis: The top rate, for people earning more than $200,000, was 88 percent.

Europe’s member states must revive the stalled plans for a Financial Transaction Tax. Charges of 0.1 percent on share and bond dealing, and 0.01 percent on derivatives contracts, could raise as much as 57 billion euros a year. The exact levy should be calculated according to Europe’s security and humanitarian needs. Just as in past times of turmoil, the big banks must pay more to support public safety.

Call it the Paris Fund: Administered by Brussels, this cash should be injected back into the services each country needs to master the crisis — restoring the Italian Coast Guard, resupplying Bulgaria’s border protection forces or expanding Spanish intelligence agencies. This would allow Europe to meet the mass migration with more than the current austerity-hollowed capacities.

The Paris Fund would also enable the European Union to mount military-scale operations to manage, house, screen and airlift refugees. And more, it should provide funds for the long-term integration of migrants, to prevent a repeat of past ghettoization.

The security and humanitarian crisis currently engulfing the European Union cannot be paid for with more debt. To do so would risk reigniting the eurozone crisis with a catastrophic new outbreak of national insolvencies. Given the challenge, not spending is not an option; continued austerity measures will lead to unnecessary deaths and suffering.

The European Union must not close its eyes to either crisis, financial or security. Brussels and Berlin can’t afford to choose one over the other. The solution, as when Franklin D. Roosevelt pushed through the Victory Tax, will come only from a tax revolution.

Ben Judah, a contributing writer for Politico Europe, is the author of the forthcoming book This is London: Life and Death in the World City.