On Tuesday morning, WikiLeaks released an enormous cache of documents that it claimed detailed “C.I.A. hacking tools.” Immediately afterward, it posted two startling tweets asserting that “C.I.A. hacker malware” posed a threat to journalists and others who require secure communication by infecting iPhone and Android devices and “bypassing” encrypted message apps such as Signal and WhatsApp.

This appeared to be a bombshell. Signal is considered the gold standard for secure communication. WhatsApp has a billion users. The C.I.A., it seemed, had the capacity to conduct sweeping surveillance on what we had previously assumed were our safest and most private digital conversations.

In their haste to post articles about the release, almost all the leading news organizations took the WikiLeaks tweets at face value. Their initial accounts mentioned Signal, WhatsApp and other encrypted apps by name, and described them as “bypassed” or otherwise compromised by the C.I.A.’s cyberspying tools.

Yet on closer inspection, this turned out to be misleading. Neither Signal nor WhatsApp, for example, appears by name in any of the alleged C.I.A. files in the cache. (Using automated tools to search the whole database, as security researchers subsequently did, turned up no hits.) More important, the hacking methods described in the documents do not, in fact, include the ability to bypass such encrypted apps — at least not in the sense of “bypass” that had seemed so alarming. Indeed, if anything, the C.I.A. documents in the cache confirm the strength of encryption technologies. 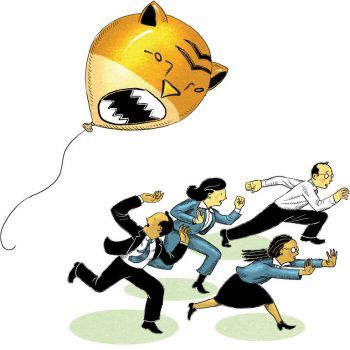 What had gone wrong? There were two culprits: an honest (if careless) misunderstanding about technology on the part of the press; and yet another shrewd misinformation campaign orchestrated by WikiLeaks.

Let’s start with the technology. In the aftermath of Edward J. Snowden’s revelations about potential mass surveillance, there has been a sharp increase in the use of these “end to end” encryption apps, which render even the company that owns the app or phone essentially unable to read or hear the communications between the two “end” users.

Given that entities like Signal and WhatsApp cannot get access to the content of these conversations, even in response to a warrant — WhatsApp keeps logs of who talked to whom, Signal doesn’t do even that — intelligence agencies have been looking to develop techniques for hacking into individual phones. That way, they could see the encrypted communications just as individual users of the apps would.

These techniques are what the leaked cache revealed. Security experts I spoke with, however, stressed that these techniques appear to be mostly known methods — some of them learned from academic and other open conferences — and that there were no big surprises or unexpected wizardry.

In other words, the cache reminds us that if your phone is hacked, the Signal or WhatsApp messages on it are not secure. This should not come as a surprise. If an intelligence agency, or a nosy sibling, can get you to install, say, a “key logger” on your phone, either one can bypass the encrypted communication app. But so can someone looking over your shoulder while you use your phone. That is about the vulnerability of your device. It has nothing to do with the security of the apps.

If anything in the WikiLeaks revelations is a bombshell, it is just how strong these encrypted apps appear to be. Since it doesn’t have a means of easy mass surveillance of such apps, the C.I.A. seems to have had to turn its attention to the harder and often high-risk task of breaking into individual devices one by one.

Which brings us to WikiLeaks’ misinformation campaign. An accurate tweet accompanying the cache would have said something like, “If the C.I.A. goes after your specific phone and hacks it, the agency can look at its content.” But that, of course, wouldn’t have caused alarm and defeatism about the prospects of secure conversations.

We’ve seen WikiLeaks do this before. Last July, right after the attempted coup in Turkey, WikiLeaks promised, with much fanfare, to release emails belonging to Turkey’s ruling Justice and Development Party. What WikiLeaks ultimately released, however, was nothing but mundane mailing lists of tens of thousands of ordinary people who discussed politics online. Back then, too, the ruse worked: Many Western journalists had hyped these non-leaks.

WikiLeaks seems to have a playbook for its disinformation campaigns. The first step is to dump many documents at once — rather than allowing journalists to scrutinize them and absorb their significance before publication. The second step is to sensationalize the material with misleading news releases and tweets. The third step is to sit back and watch as the news media unwittingly promotes the WikiLeaks agenda under the auspices of independent reporting.

The media, to its credit, eventually sorts things out — as it has belatedly started to do with the supposed C.I.A. cache. But by then, the initial burst of misinformation has spread. On social media in particular, the spin and distortion continues unabated. This time around, for example, there are widespread claims on social media that these leaked documents show that it was the C.I.A. that hacked the Democratic National Committee, and that it framed Russia for the hack. (The documents in the cache reveal nothing of the sort.)

As with most misinformation campaigns, the dust that is kicked up obscures concerns over a real issue. Device and information insecurity, overzealous surveillance by governments — these are real concerns that call for real attention. Yes, we need to have extensive and thoughtful discussion of these topics. But that’s not what the WikiLeaks misinformation campaign has given us.

Zeynep Tufekci, an associate professor at the School of Information and Library Science at the University of North Carolina, is the author of the forthcoming Twitter and Tear Gas: The Power and Fragility of Networked Protest and a contributing opinion writer.