The United Nations climate conference that concluded last weekend in Sharm el Sheikh, Egypt, did not appear, at the outset, poised to deliver a major breakthrough. Unlike last year’s meeting in Glasgow, this year’s was not designed to produce new emissions pledges, and so the countries that pollute the most weren’t under particular pressure to offer any new promises.

Beyond Secretary General António Guterres’s fiery opening remarks, there were few high-profile rhetorical performances at COP27 by world leaders like those last year by Boris Johnson and then-Prince Charles of England, who engaged in a sort of Olympics of climate hyperbole. Prime Minister Mia Mottley of Barbados brought to this year’s conference an exciting set of proposals to reshape the institutions of development and climate finance, at a time when the global community had been moved especially by the monsoon flooding in Pakistan to consider the injustices of warming and the need for “loss and damage” payments to vulnerable countries. But it did not seem all that likely that the familiar dam of resistance among the wealthiest countries would actually break — indeed, in the run-up to the conference, the U.S. climate envoy, John Kerry, had dismissed the goal as unrealistic.

Instead, the actual outcome of COP27 wasn’t just notable; it was surprising, delivering a landmark agreement on “loss and damage” without really moving the needle on emissions pledges — producing no gains on those cheap promises that have traditionally been the bread and butter of these conferences and a serious leap forward on what had always looked like perhaps their central and intractable geopolitical stalemate. 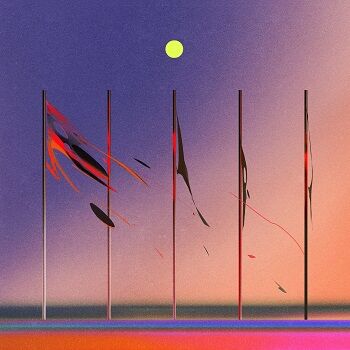 I want to be careful not to overstate either story. There are still encouraging signs on the direction of global decarbonization, broadly speaking. The momentum is not nearly sufficient to meet the world’s ambitious climate targets, and the past year has generated plenty of new obstacles: the energy crisis, supply-chain issues, trade tensions with the world’s most significant manufacturer of solar panels. The “loss and damage” deal struck in Egypt was also vague on all of the important points: who will pay into the fund and how much, who will distribute that money and to whom. The agreement does not single-handedly produce a new World Bank or International Monetary Fund now open for business to climate damages or, for that matter, meaningfully reform those institutions, as Mottley had proposed in what has been called the Bridgetown agenda.

Nevertheless, even this agreement — still vague and toothless — represents a remarkable step forward following decades of desperate advocacy by the world’s climate-vulnerable countries and decades of indifference exhibited by the world’s historic polluters, whose carbon emissions are overwhelmingly responsible for the state of the world today and the messy future now inevitable.

It is also quite striking that in the text of the agreement reached in Egypt, references to those more ambitious goals of limiting warming to 1.5 degrees Celsius — increasingly central to such agreements since the Paris agreement in 2015 — were reduced almost to the point of invisibility. And it is perhaps even more striking that despite apparent support from the United States, language emphasizing the need to not just phase down but phase out the use of fossil fuels was scuttled by petrostates like Saudi Arabia and Russia.

Taken together, the two developments — progress on justice but not decarbonization — suggests the possibility that the story of climate geopolitics may be shifting, with the project of emissions reductions falling increasingly to industries and nation-states to undertake on their own. The mission of addressing climate injustice is meanwhile falling to international institutions, like the United Nations, that seemed not that long ago somewhat incapable of fulfilling that mandate.

One of the central themes of the big-picture state-of-climate-change essay I published a couple of weeks before the conference was that the path forward on emissions looked clear and somewhat encouraging, and that the emerging story on climate justice and the brutal inequalities of warming looked far uglier and harder to manage.

The most obvious narrative was that encouraging global momentum was finally pushing the project of decarbonization somewhat rapidly forward, but not rapidly enough to avoid hard distributional questions about who would face the most intense climate impacts and what other countries might do to help those on the front lines survive them. And if you had asked me what that implied about the prospects for COP27, I would probably have predicted a simple extension of both narratives: some amount of limited but insufficient good news on emissions and some conspicuous and maddening lack of action of climate justice, climate finance and loss and damage.

Instead, we got, basically, the opposite.

The U.N. conferences no longer represent the full scope of climate geopolitics — indeed, they seem less critical in a new age of self-interested decarbonization than in those years when the job of cutting emissions was understood as a burdensome collective-action problem. But they are still the place where much of our climate framing is hashed out. And the text of this agreement, at least, is a sign that the world’s powers are beginning to look beyond the project of decarbonization, upon the hard challenge of what lies beyond it — and even harder, what is owed to those who will suffer.

David Wallace-Wells, a writer for Opinion and a columnist for The New York Times Magazine, is the author of The Uninhabitable Earth.