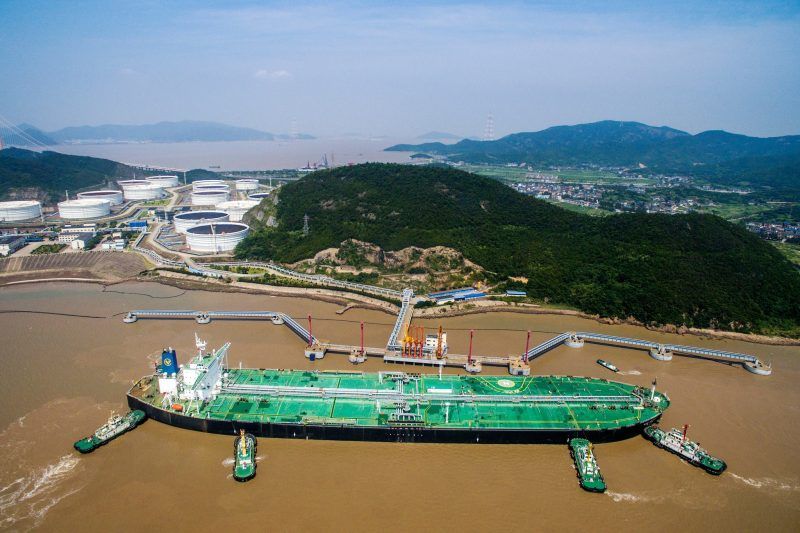 In a world of global financial markets, 5G networks and cyberwar, geography still rules. The two shipping lanes in the Strait of Hormuz, each two miles wide, hold the key to the Persian Gulf and roughly half of the world’s proven oil reserves and production capacity. That is why the recent attacks, widely assumed to have been ordered by Iran, on tankers in the Gulf of Oman, a strategic waterway just outside the Strait, have frayed geopolitical nerves the world over.

The Iranians understand that because geography is so precious in the Gulf region, small actions have magnified effects. Likewise, the Americans know that in the constricted waters of the Gulf, their large warships are prone to attacks by Iranian swarm boats, even as Iran’s proximity to Saudi Arabia threatens that fragile kingdom and American ally. Truly, the Middle East faces a crisis of room.

Yet geography tells a more important story in the Gulf region: The current tensions are less about Iran and the Persian Gulf than about China and the Indian Ocean. Whether the Trump administration realizes it or not, what is occurring in the American-Iranian standoff is about something much vaster.

The Gulf of Oman separates not only Oman and Iran, but also Oman and Pakistan. In the southwestern corner of Pakistan, close to the Iranian border, China has completed a state-of-the-art container port at Gwadar, which Beijing hopes will eventually link up with roads, railways and pipelines to western China. And from Gwadar, the Chinese can monitor shipping traffic through the Strait of Hormuz.

In other words, China is already in the Middle East. The Chinese are now contemplating the construction of a naval base nearby, adjacent to the Iranian border. More crucially, the Gulf of Oman has become more than just a waterway for oil that America, with its shale gas revolution, requires less and less of. It is a hinge uniting the Middle East, the Indian subcontinent and East Asia in China’s Belt and Road Initiative.

While the United States contemplates a war with Iran, the Chinese are engaged in trade and infrastructure building there. Gwadar is central to the maritime aspect of the Belt and Road Initiative, but China’s interest in Iran is about both land and sea. The routes that China has already built across Central Asia link China with Iran — an unbeatable combination in Eurasia, where Iran is a demographic and geographic organizing point.

An American war with Iran will drive the country even further into the hands of China, which already accounts for almost a third of all Iran’s energy trade. While China’s energy ties with Iran may be curtailed as a result of the Trump administration’s sanctions, as well as by the complexities of the Beijing-Washington trade talks, China and Iran will eventually find a way to cooperate and thwart the United States.

The Gulf of Oman remains a focus of the Belt and Road Initiative, as do, to a lesser extent, other energy-rich points along the Indian Ocean. The aim is to get oil and gas transported directly by pipeline north into China, since the Strait of Malacca, which runs between Malaysia and Indonesia and upon which China currently depends for much of its imported oil, is, like the Strait of Hormuz, too narrow for comfort. Again, it is all about geography.

It isn’t only China that is central to the Persian Gulf region. The Indians and Iranians are competing with China and Pakistan to unite the Gulf of Oman with the Eurasian interior, in the hope of linking southeastern Iran with energy-rich Central Asia. It is unclear which effort will succeed — the Chinese-Pakistani one, the Indian-Iranian one, or both. In any case, the United States is simply not in this game.

Iran is at the very center of 21st-century geopolitics. It dominates Central Asian trade routes and sits at the hydrocarbon nexus of the Indian Ocean, with a coastline of over 1,500 miles stretching from Iraq to Pakistan. Iran is the key to China’s plans, just as China’s plans are key to Eurasia’s destiny.

Indeed, China has a grand strategy that understands all this geography and culture. The United States, by contrast, is pursuing a myopic, war-by-choice strategy with Iran. Its withdrawal from the free-trading alliance in maritime Eurasia, known as the Trans-Pacific Partnership, shows that Washington has no plan to compete with the Belt and Road Initiative. The Americans are obsessed with the Persian Gulf as a small, distinct region; the Chinese see the larger, more fluid geographical picture.

Of course, Iran does present a challenge to peace in the Middle East and to America’s allies in particular. But Iran’s clerical regime has too many power centers and is too deeply institutionalized to be toppled by impulsive military action. Indeed, regime change in Iran could lead to a worse state of affairs, with the Iranian Revolutionary Guard Corp in direct control, rather than in indirect control as now.

The Chinese vision for Iran to be a hub for its Belt and Road Initiative is something the United States is simply not going to change. A better approach is a suite of economic pressures, targeted cyber attacks and resumed negotiations — combined with loud, persistent calls for increased freedoms in Iran and the other participants in the initiative, as a way to undermine China’s position.

Washington is half a world away from Eurasia. Without a big idea, the United States will be unable to compete with China. As for Iran, because of the blunt fact of geography it will be key to 21st-century Eurasia, something which argues for a long-term, sustainable strategy.

Robert D. Kaplan is a managing director for global Macro at Eurasia Group and the author, most recently, of The Return of Marco Polo’s World: War, Strategy and American Interests in the Twenty-First Century.