In response to Russian support for Ukrainian rebels, and in coordination with European leaders, President Obama has instituted the most comprehensive set of economic sanctions ever against Russian officials and companies. Europe is considering alternate energy policies to reduce Russia’s economic leverage. NATO is re-energized. And moral, unified condemnation of Russia’s actions has damaged Russia’s international reputation.

In time, these steps will be likely to make Russian officials, business leaders and citizens question the strategy of their president, Vladimir V. Putin, in Ukraine. In the short run, however, Mr. Putin is unlikely to change his mind. These steps alone will only make him more defiant. Those who hope such pressure will end the war in Ukraine will be disappointed.

Instead, while maintaining pressure on Mr. Putin, the West also needs to get serious about strengthening Ukraine. 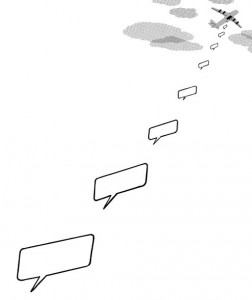 So far, Ukrainians have done more to thwart Mr. Putin than any action by outside powers. Before toppling President Viktor F. Yanukovych in February, Ukrainian protests stopped him from joining the Eurasian Economic Union, Mr. Putin’s most important foreign policy project. Ukrainian outrage over Mr. Putin’s annexation of Crimea has consolidated Ukraine’s national identity, and it now looks to the West for prosperity and security. And recent Ukrainian military victories have undermined Mr. Putin’s plans in eastern Ukraine.

Western support for Ukraine is substantial, but more could be done. Most immediately, the West should provide the Ukrainian military with as much intelligence as possible, both to help its fighters protect themselves and to help them avoid killing civilians. Nothing hurts Ukraine’s campaign for sovereignty and unification more than civilian casualties. If requested, the West also should provide Ukraine with nonlethal assistance, like body armor and night vision goggles.

The West also needs to counter Russia’s propaganda with its own information offensive. Moscow has framed its mission in Ukraine as a defensive struggle against Ukrainian “Nazis” and Western imperialism. In response, the West should disseminate accurate information about Russian actions and Western motivations, not only by providing more resources to traditional channels like Voice of America, but also by supporting new sources of reporting, like blogs and online news outlets.

The West can likewise do more to help the Kiev government win hearts and minds in eastern Ukraine. It should encourage Kiev to reduce civilian casualties through safer humanitarian corridors to allow civilians to flee the war zone. In addition, the West could send more humanitarian assistance through the Ukrainian government, to aid refugees.

The West should also convene an international donors conference to create a “Donbass Development Fund” for reconstruction in eastern Ukraine after the war. The mere creation of such a fund would help change the negative image of the West in the region, as would new scholarships and internship programs.

And the West must continue to support economic and political reforms in Ukraine. President Petro O. Poroshenko has emphasized that Russian aggression cannot be used as an excuse to delay things like budget restructuring and efforts to improve government transparency. But he and his government need more financial and technical assistance from Western governments, international institutions and nongovernmental organizations. Ensuring maximum participation and a free vote in the next parliamentary election must be a top priority.

None of these actions require Mr. Putin’s participation to be effective. And I deliberately used the term “the West” to make clear that these initiatives could be pursued by a variety of institutions: the American and European governments, collectively or alone, as well as foundations, nongovernmental organizations and private citizens. Non-Western actors who value international norms should engage as well.

Finally, Western leaders must continue to encourage Kiev to engage with legitimate representatives (not the Russian mercenaries) of eastern Ukraine to craft a plan for reconciliation.

The components of such a plan are clear: some decentralization of political authority, stronger guarantees for the use of the Russian language and perhaps the introduction of international monitors to help local communities feel more secure. Kiev’s credible commitment to a postwar plan now, instead of waiting until the fighting is over, could help to isolate and split the insurgents.

Even if complete military victory is achievable, the Kiev government must realize that the benefits of some negotiation process with the local population outweigh the costs of ruling the region as occupiers. How it wins the war will determine how lasting the peace will be.

Mr. Putin could end this war now. In a speech on national television, he could praise the so-called rebels for securing greater autonomy for eastern Ukraine and then ask them to stop fighting, and for the Russian citizens to come home. This path to peace is quick, but unlikely. In its absence, the West’s best option is to redouble its support for a sovereign, prosperous and democratic Ukraine.

Michael A. McFaul, a professor at Stanford and a fellow at the Hoover Institution, served in the Obama administration on the staff of the National Security Council and as the ambassador to the Russian Federation.