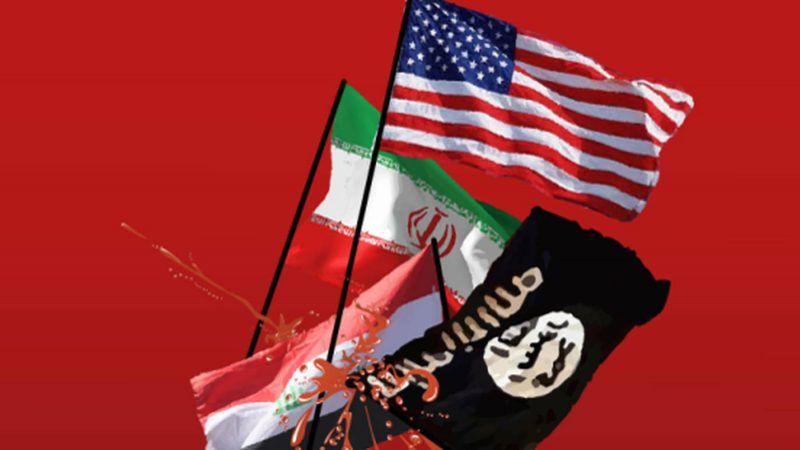 The conflict in Iraq will not be settled any time soon. Although the Islamic State of Iraq and Syria, or ISIS, and its Sunni allies may not be about to march on Baghdad, they are continuing to expand their control over much of northern and western Iraq. The military and diplomatic steps that President Obama has ordered reflect the U.S. need to prevent ISIS from embedding itself in more of Iraq. Whether they will work, however, is another matter.

Iraq is a mess today. The president is right to expect the Iraqi government to take the lead in its own defense. He is right to insist that Iraq's government must become more inclusive and less sectarian. And he is right to be wary of getting sucked into a sectarian conflict in which we take sides.

The same calculus has guided the United States in Syria. There, our fears of the costs of action — even limited military support for the opposition — led us to ignore the costs of inaction. We hoped that sanctions, a political process and humanitarian assistance would make it possible to affect the reality in Syria. It did not. Those who argued that the price would go up in human and strategic terms — and that we needed to affect the balance of power within the opposition and between it and the regime of President Bashar Assad — were right.

Today, the costs in terms of spillover in the region and the consequences of radical Islamists, particularly ISIS, coming to dominate the opposition are clear. Syria is a disaster, there is no border between Syria and Iraq, and the re-emergence of a terrible sectarian conflict in Iraq is inextricably linked to Syria. There will be no effective or enduring answer to the ISIS threat in Iraq without also taking steps in Syria to deny it a sanctuary and a recruiting base.

But Turkey, Saudi Arabia, Kuwait and Jordan will not be responsive if they think fighting ISIS means the U.S. is prepared to leave the Sunnis vulnerable to Iran and its Shiite-backed militias. If Iran wants stability in Iraq and not an ongoing sectarian war on its border, it will need to accept that although the Shiites will hold many of the levers of power, they must also be prepared to share them.

In Iraq, if the U.S. is to help blunt ISIS, the central government must give Sunnis and Kurds a sense of inclusion and a stake in working with Baghdad and the military. Prime Minister Nouri Maliki's conspiratorial, authoritarian approach has made that impossible. We should make any coordinated military action with the Iraqi government contingent on Maliki actually taking such steps, including appointing a government of national unity, empowering a Sunni defense minister and permitting the Kurds to export their oil. Absent that, we may still choose to target ISIS forces if there is a need, but without regard to what the Iraqi government may seek.

As for Syria, though we must deny ISIS sanctuary there, the U.S. cannot partner with the Assad regime. The simple fact is that so long as Assad remains in power, he will be a magnet for every jihadi worldwide to join the holy war against him. No country in the region is immune from the fallout of the conflict in Syria, and we all face the danger of those who go to fight in Syria returning to their home countries to foment violence.

Though President Obama has spoken about ramping up our support for the opposition in Syria, we are late to that effort. It is time for the United States to assume the responsibility of quarterbacking the entire assistance effort to ensure that more meaningful aid — lethal, training, intelligence, money and humanitarian — not only gets to those who are fighting both ISIS and the Assad regime but is fully coordinated and complementary.

The broader point is that Washington's actions toward ISIS now must be taken with both Iraq and Syria in mind and be guided by a strategy geared toward weakening those forces that threaten the U.S. and its regional friends. The more we take this approach and highlight the costs to Iran of its current posture, the more the Iranians may see that their interests could be served by a political outcome of greater balance in Syria and Iraq. There will be risks to acting, but by now we have seen the costs of inaction, and they are only likely to grow over time.

Dennis B. Ross is counselor at the Washington Institute for Near East Policy and was a senior Middle East advisor to President Obama from 2009 to 2011.