When it airs on Monday, the Ken Burns-produced documentary āCancer: The Emperor of All Maladiesā will emphasize how much more we now know about the genetic basis for cancer. This year, according to President Obama, cancer research and funding will focus on so-called precision, personalized or targeted medicine ā using cancerās molecular underpinnings to develop drugs that attack the genes or gene products that make up cancerās factory while sparing normal cells. What a beautiful concept.

The problem is, cancer is rarely that simple, or that easily fooled. 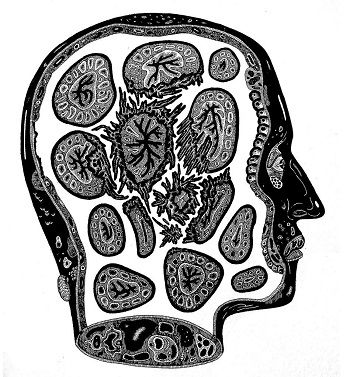 The first, from me and my colleagues at the Cleveland Clinic in collaboration with Japanese researchers, performed genetic analyses on more than 600 patients with one of two related bone marrow cancers: myelodysplastic syndromes or acute myeloid leukemia. These conditions occur typically in people in their seventh or eighth decades, and can be fatal, often within months, if left untreated. As with any cancer, they arise through the acquisition of genetic mutations over a personās lifetime. These mutations may cause a cell, for example, to outgrow other cells around it, forming a mass, or to remain in an immature state, thus unable to conduct normal functions, like preventing bleeding. We found that patients had developed an average of 10 distinct genetic mutations before either of these two cancers was diagnosed.

Ten genetic mutations. So if youāre developing a drug to treat these cancers, which mutation would you choose to target? If your drug attacked the ninth or 10th mutation, the cancer would quickly regrow, because one through eight would still thrive.

Our next task, then, was to determine the order of the mutations ā which came first, and which followed ā in hopes that we could identify the root of the evil. We did this two ways: first, by focusing on 73 patients whose disease evolved over time, to see which genetic mutations occurred first; and second, by using statistical methods to compare the frequency of genetic variants in these patients with a healthy population. Genetic mutations found in both groups could be singled out as the original āfounderā events.

Targeting these mutations would be the best way to fight these cancers, right?

A second study from our group, this time in collaboration with Japanese and German researchers, started with identical twin men in their late 60s who came to my clinic. They both had a bone marrow cancer that causes anemia and low platelet counts, and generously donated blood samples for our research. I treated them with a drug that had a low chance of working ā approximately 25 percent ā and hoped for the best.

Within a month, their blood counts righted themselves, much more quickly and more dramatically than I would have expected. We also got the results of the genomic tests, which revealed that they shared the same mutation ā a DDX41 abnormality that is found on Chromosome 5. It appeared in both their cancerous and normal cells, so we knew that they must have been born with it; this was the original, germline mutation.

When we looked back to our database of more than 1,000 patients with similar disorders, we were able to identify eight others with this mutation who had already been treated with the drug I gave to my identical twin patients, and all had improved blood counts. This would seem to argue in favor of a national cancer policy focusing on targeted drugs.

Or does it? True, the twins had a founder genetic mutation for which we identified (by accident) a drug that worked really well, and neither had major side effects. But despite the improvement in their blood counts, when we examined their bone marrow after they had been treated, the twinsā cancer never went away, and one died from an infection related to his disease only months later.

Additionally, when we looked at more than 1,000 other people with the same disease, we could find the mutation in only 25, representing 2.4 percent of people with a disease that affects about 4.5 per 100,000 Americans each year. Itās wonderful news for those patients, but not exactly the disease prevalence around which we should be basing a national policy.

One final study should give us all pause. Researchers from Harvard and M.I.T. analyzed genomic tests from more than 17,000 patients enrolled in diabetes or heart disease studies. They found that many had mutations more commonly associated with blood and bone marrow cancers, despite the fact that the patients did not have any known blood disorders. Those with these mutations ā 5.6 percent of those in their 60s and 9.5 percent of those in their 70s ā were 11 times more likely to develop these cancers later in life, compared with those without these mutations. But it wasnāt guaranteed that they would develop cancer.

The implications of this are profound. There are many genetic mutations associated with cancer that wonāt actually cause it in a majority of people, probably because they donāt lead to those secondary mutations that are requisite in developing disease. Telling people with those mutations that they have the potential for cancer would surely introduce unnecessary, lifelong anxiety. Some might even receive targeted chemotherapy for a cancer that doesnāt exist.

Even for patients who have a genetic mutation and a clearly defined cancer, that mutation might have nothing to do with causing the cancer. Targeting it with a drug could just damage cells that might be innocent bystanders.

Without doubt, therapies that target genetic abnormalities have made huge inroads in the survival of cancer patients, most notably in some chronic leukemias, melanomas and lung and breast cancers.

But they havenāt been curative. And we shouldnāt delude ourselves, or our patients, in thinking that standard chemotherapy is a thing of the past. Or that a few more months of life, which is what many targeted drugs have been able to deliver on average, is a panacea in cancer care.

Mikkael A. Sekeres is n oncologist and the director of the leukemia program at the Cleveland Clinic.