Ozgecan Aslan, a 20-year-old college student, was the last person on the minibus traveling across the city of Mersin in southern Turkey on Feb. 11. Instead of taking her home, the driver is accused of veering into the woods and trying to rape her.

When she resisted, he allegedly beat her with an iron bar and stabbed her. Afterward, her hands were cut off in an apparent attempt to hide DNA evidence under her fingernails. The chief suspect’s father and a friend are accused of helping him burn her body.

Ms. Ozgecan’s death rallied crowds of protesters in cities across the country earlier this month. The hashtag #OzgecanAslan was tweeted more than three million times, and an online petition calling for harsh punishment against her attackers gathered almost a million signatures. Even Turkey’s president, Recep Tayyip Erdogan, has vowed to ensure that the killers receive “the heaviest penalty.”

If that happens, it will be an exception rather than the norm. Turkey saw nearly 300 women murdered last year, and 27 more just this past January, a 20 percent increase over the same period last year. Few of those killings received much news media and political attention. 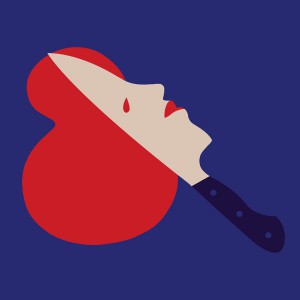 Since the 1990s, activists have scored several legislative victories aimed at ending violence against women, and this Muslim country certainly leads the Middle East on the issue. But the laws have been undermined by loopholes that allow judges — mostly male — to reduce sentences at their discretion. In hundreds of cases, men who murdered were able to argue that a woman provoked them, or that their dignity was impugned, and they received a reduced sentence, some to just a few years in prison.

Over the last five months, I have worked alongside Turkish women’s rights activists researching dozens of domestic violence cases in which men have received little or no punishment for their crimes. In 2014, a man in eastern Turkey who stabbed his wife multiple times was given a reduced sentence after he argued she was wearing “provocative” leggings and speaking with another man. Also last year, a 62-year-old man who appeared on a TV dating show bragged about how he had killed two women, the first his wife, and later a lover. For those murders, he served a total of 14 years in prison.

Turkish lawyers and activists say these mild penalties stem from a culture that views women as second-class citizens. Advocates complain that sometimes a woman’s death is not even investigated because the husband claims it’s a suicide or an accident, and the police look the other way. In so-called honor killings, a woman is murdered following a rape or accusation of indecency, but the family, complicit in her death, refuses to press charges against any suspect. Volunteer activists sometimes take up those cases, only to see judges side with the perpetrator’s defense that the woman was promiscuous or that the man’s entire life shouldn’t be ruined.

“Judges follow their social agenda and give discounts according to their own opinions,” said Ipek Bozkurt, an attorney in Istanbul who specializes in domestic violence cases. “Even the existing laws in Turkey are not enforced in practice because judges don’t care about women.”

In 2014, the European Court of Human Rights ruled that Turkey had failed to investigate the suicide of a woman known to be abused by her husband. The judges found that “discriminatory judicial passivity in Turkey created a climate that was conducive to domestic violence.”

A worrisome consequence is the rising number of perpetrators who apparently plan their crime with the intention of landing a sentence reduction. In December, 28-year-old Arzu Boztas of Ankara was shot in her arms and legs by her husband. He then turned himself in, she believes, having planned his attack with the intention of appealing for a sentence reduction, based on cases he had learned about.

“Murderers do research on the Internet,” said Aysen Ece Kavas, Ankara representative of Stop Women Homicides Platform, a national advocacy organization. “They look into Turkish penal codes and decide how to kill. They say, ‘If I kill you, I will get only 10 years’ sentence and I will be free — so what?”’

That politicians are now vying to outdo one another in calling for justice against the man who killed Ozgecan Aslan is pure political expediency. When, in 2009, 17-year-old Munevver Karabulut was stabbed to death by her boyfriend and her dismembered body left in a trash bin, Mr. Erdogan, who was then prime minister, invoked a Turkish proverb to comment on the crime: “If a girl is left unattended by her family, she will run away either to a drummer or a trumpeter.” On other occasions involving violence against women, senior officials have implicitly or explicitly accused the victim of provoking her attacker.

This casual attitude toward domestic abuse is not unique to Turkey; in fact, across the Middle East, few countries even have laws that recognize the crime. The United Arab Emirates, Bahrain or Qatar effectively have none. Saudi Arabia passed its first law criminalizing domestic abuse in 2013, while just last year Lebanon passed its first domestic violence law, which enables a woman to obtain a restraining order against her assailant and calls for the establishment of shelters for victims.

In most Middle Eastern countries, marital rape is not recognized, and rape charges can be dropped if the perpetrator agrees to marry his victim. Syria, Iran, Kuwait and Jordan all have penal codes that give judges broad discretion in sentencing men who kill their wives if they can show adultery, or that they were motivated by “rage” provoked by the victim. If the victim’s family drops the charges — as they often do in cases of honor killings — the case falls away.

So while those who killed Ozgecan Aslan should, and probably will, receive the heaviest possible penalty, what guarantee is there that the next victim, with less media attention, will receive commensurate justice?

Two recent bills introduced by female legislators to remove the ability of judges to grant sentence reductions were ignored when first proposed. They are now being reconsidered. If the government is serious about acting to stop violence against women, rather than simply responding to a spike in social media attention, it should support the bills.

Christina Asquith, a freelance reporter in Istanbul, is the author of Sisters in War: A Story of Love, Family and Survival in the New Iraq.