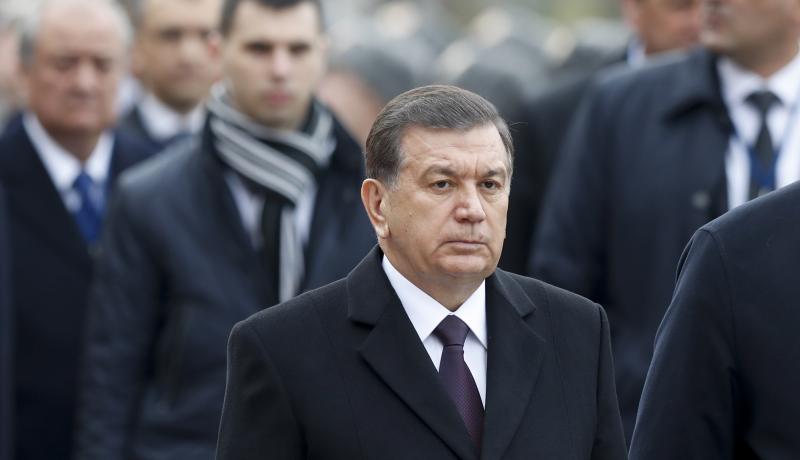 The president of Uzbekistan, Shavkat Mirziyoyev, has dismissed his much-feared head of the National Security Service (SNB), Rustam Inoyatov, marking the final step of a transition of power in Uzbekistan. Since taking office in 2016, Mirziyoev has removed high-ranking government officials and replaced them with allies.

At first glance, this looks like a standard power grab. The two most important sackings were Inoyatov and Deputy Prime Minister Rustam Asimov. Following the death of President Islam Karimov in August 2016, Mirziyoyev – who was then prime minister – made a closed-door deal with Inoyatov and Asimov to set up a new government: Mirziyoyev would become president, and Asimov and Inoyatov would be at his side as prime minister and head of the powerful SNB.

However, once Mirziyoyev became president, he downgraded Asimov to minister of finance and appointed close ally Abdulla Oripov. When Asimov still proved too powerful and independent-minded, he was fired a few months later.

But in fact, Inoyatov’s firing appears to be part of an ambitious reform agenda. Removing Inoyatov was the bigger challenge. He was head of the SNB for almost 23 years, and his political weight was second only to Karimov. Moreover, Inoyatov and the SNB have been the main opponents of Mirziyoyev’s reforms. Following this consolidation of power, it is now up to Mirziyoyev to prove his commitment to reforming Uzbekistan’s socioeconomic model.

In foreign policy, where Mirziyoyev has been more independent from SNB influence, he has achieved significant progress. Practically overnight, Uzbekistan relaunched border negotiations with its neighbours and intensified economic cooperation with Kazakhstan and Turkmenistan.

Meanwhile, he renewed relations with the main external players in the region: Russia, China and the US. During his visits to Moscow, Beijing and Washington, the Uzbek president signed multi-billion dollar investment agreements with companies from all three countries. But domestic reforms have been implemented very slowly, not least because of the rigid ideological position of Inoyatov and the SNB.

For 25 years, the SNB has been the key institution providing security and stability in the country, often through brutal and repressive means. One of the central purposes of the SNB has been to prevent the spread of Islamic extremism. This was necessary in the 1990s when the growth of extremism posed a genuine threat to security in Uzbekistan; but the SNB has since spread its power to tightly control all aspects of Uzbek society. Under Inoyatov’s leadership, the SNB became an obstacle to all changes, and its measures served largely to maintain their power rather than to protect the country from security threats.

Mirziyoyev has worked gradually to lessen Inoyatov’s power and whittle away responsibilities from the SNB. For example, in May 2017 he reassigned regional military units and several other substructures from the jurisdiction of the SNB to the Ministry of Internal Affairs. He also fired Inoyatov’s support network in the headquarters of the SNB and in regional units. These actions and rhetoric have sent a strong message to Uzbek society.

Mirziyoyev has appointed his ally Abdullayev Ihtiyor in place of Inoyatov, but it is clear he is not aiming for a full confrontation. Mirziyoyev will continue to draw on Inoyatov’s experience and has appointed him a security adviser. Inoyatov has also been appointed as a member of the senate, which guarantees him immunity from prosecution.

However, Mirziyoyev can no longer blame the SNB for blocking reforms – with the power of the presidency, all responsibility now lies on him to keep his promises of modernization in Uzbekistan. He faces three challenges in realizing his ambitious programme.

First, security. Mirziyoyev will have to ensure stability and security in Uzbekistan. This is a serious concern with fighters returning from Iraq and Syria, and it is not clear if and how the changes in SNB will influence its ability to fight these threats.

The second obstacle that Mirziyoyev will face is a shortage of professionals and opposition from within the government. He has appointed educated young people to high positions, and now has a government which is much more open to modernization. But these young professionals often lack sufficient experience and knowledge. Furthermore, opposition to reforms from mid-level officials is considerable.

The third challenge to reform Uzbekistan is Mirziyoyev himself: after eliminating competitors, there is a temptation to enjoy power a little too much. High expectations from Uzbek society and the real need for reform will hopefully keep Mirziyoyev in check.

Having clawed his way to the top, Mirziyoyev was able to appoint his own allies in government thanks to his promise to improve life in Uzbekistan. Now that the president has concentrated power into his own hands, he needs to prove his commitment to his reform campaign and meet public expectations. If Mirziyoyev fails to deliver, he will have to revert to the all-too-familiar practice in Uzbekistan of maintaining power through repressive and authoritarian rule in order to stay in power.