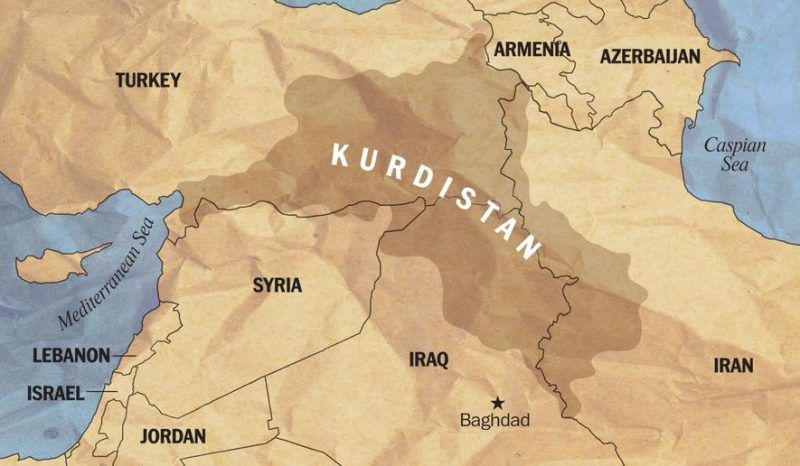 Before welcoming the emerging state of Kurdistan in northern Iraq, I confess to having opposed its independence in the past.

In 1991, after the Kuwait War had ended and as Saddam Hussein attacked Iraq’s 6 million Kurds, I made three arguments against American intervention on their behalf, arguments still commonly heard today: First, Kurdish independence would spell the end of Iraq as a state; second, it would embolden Kurdish agitation for independence in Syria, Turkey and Iran, leading to destabilization and border conflicts; and three, it would invite the persecution of non-Kurds, causing “large and bloody exchanges of population.”

All three expectations proved flat-out wrong. Given Iraq’s wretched domestic and foreign track record, the end of a unified Iraq promises relief, as do Kurdish stirrings in the neighboring countries. Syria has been fracturing into its three ethnic and sectarian components — Kurdish, Sunni Arab and Shiite Arab — which promises benefits in the long term. Kurds departing Turkey usefully impede the reckless ambitions of now-President Recep Tayyip Erdogan. Similarly, Kurds decamping Iran helpfully diminishes that arch-aggressive mini-empire. Far from non-Kurds fleeing Iraqi Kurdistan, as I feared, the opposite has occurred: hundreds of thousands of refugees are pouring in from the rest of Iraq to benefit from Kurdistan’s security, tolerance and opportunities.

I can account for these errors: In 1991, no one knew that autonomous Kurdish rule in Iraq would flourish as it has. The Kurdistan Regional Government, which came into existence the following year, can be called (with only some exaggeration) the Switzerland of the Muslim Middle East. Its armed, commercially minded mountain people seek to be left alone to prosper.

One could also not have known in 1991 that the Kurdish army, the peshmerga, would establish itself as a competent and disciplined force; that the Kurdistan Regional Government would reject the terrorist methods then notoriously in use by Kurds in Turkey; that the economy would boom; that the Kurds’ two leading political families, the Talabanis and Barzanis, would learn to coexist; that the Kurdistan Regional Government would engage in responsible diplomacy; that its leadership would sign international trade accords; that 10 institutions of higher learning would come into existence; and that Kurdish culture would blossom.

All this did happen, though. As Israeli scholar Ofra Bengio describes it, “Autonomous Kurdistan has proved to be the most stable, prosperous, peaceful and democratic part of Iraq.”

What’s next on the Kurdistan Regional Government’s agenda?

The first item, after severe losses to the Islamic State, is for the peshmerga to retrain, rearm and tactically ally with such former adversaries as the Iraqi central government and the Turkish Kurds, steps which have positive implications for Kurdistan’s future.

Second, the Kurdistan Regional Government leadership has signaled its intention to hold a referendum on independence, which it rightly presumes will generate a ringing popular endorsement. Diplomacy, however, lags. The Iraqi central government, of course, opposes this goal, as do the great powers, reflecting their usual caution and concern for stability. (Recall George H.W. Bush’s 1991 “Chicken Kiev speech.”)

However, given the Kurdistan Regional Government’s superior record, outside powers should encourage its independence. Pro-government media in Turkey already do. U.S. Vice President Joe Biden might build on his 2006 suggestion of “giving each ethno-religious group — Kurd, Sunni Arab and Shiite Arab — room to run its own affairs, while leaving the central government in charge of common interests.”

Third: What if Iraqi Kurds joined forces across three borders — as they have done on occasion — and form a single Kurdistan with a population of about 30 million and possibly a corridor to the Mediterranean Sea? One of the largest ethnic group in the world without a state (a debatable claim: e.g., the Kannadiga of India), the Kurds missed their chance in the post-World War I settlement because they lacked the requisite intellectuals and politicians.

The emergence now of a Kurdish state would profoundly alter the region by simultaneously adding a sizable new country and partially dismembering its four neighbors. This prospect would be dismaying in most of the world. However, the Middle East — still in the grip of the wretched Sykes-Picot deal secretly negotiated by European powers in 1916 — needs a salutary shake-up.

From this perspective, the emergence of a Kurdish state is part of the regionwide destabilization, dangerous but necessary, that began in Tunisia in December 2010. Accordingly, I offer a hearty welcome to its four potential parts joining soon together to form a single, united Kurdistan.

Daniel Pipes (DanielPipes.org) is president of the Middle East Forum.