Imagine yourself in a sleepy French city by the Channel. There’s a nice beach where you can get an ice cream and take a selfie with the White Cliffs of Dover on the horizon, and a couple of boardwalk restaurants and cafés where you can go for coffee and a croissant.

Now get in a car and drive east, past the ferry terminal ringed by barbed wire and police officers toward the chemical plant. The first thing you’d notice is another fence, five meters high, of steel and barbed wire. It runs two miles along both sides of the highway in the direction of the ferry to Dover, England. Behind it lies another country known as the Jungle.

Between 3,000 and 5,000 refugees (estimates vary and the fluid population is hard to count), live in this lawless, pestilent slum. What’s worse, thanks to the seeming indifference and indecision of European leaders, this makeshift camp is taking on aspects of permanence, morphing into an impoverished island nation right before the eyes of decision makers on both sides of the Channel. 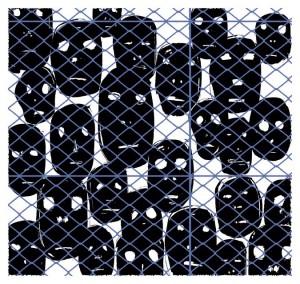 Though the French government has provided funds to alleviate the situation, stop-gap measures won’t help the people in the Jungle, and the waters of the Channel don’t exempt British leaders from their share of responsibility in the migrant crisis. Calais would have been a natural place for them to take a stronger role.

London’s pledge to accept 20,000 Syrian refugees from camps in Syria’s neighboring countries over the next five years is a step in the right direction, but British leaders opted out of a deal last week in which European Union interior ministers agreed to resettle 120,000 migrants already on the Continent. Though some E.U. countries, such as Hungary, oppose the deal, Britain is currently the only union member that will not help relocate any migrants who have already made it to Europe.

Most of the refugees in the Jungle, who are mainly from Afghanistan, Eritrea and Sudan, along with a growing number of Syrians, and people from Ethiopia and Somalia, believe that restarting lives from scratch in Britain would be far easier than in France, largely because of the language and family connections. Many have tried to make their way there, hiding in trucks heading for the ferry or the Eurotunnel, or by breaking into the terminal at night, desperately trying to jump on a train.

There are no certain numbers on how many make it across. Estimates by aid workers and government officials last year suggested that between 20 and 50 people were getting to England every day. The Jungle’s population is constantly shifting, turning over by about 70 percent every four months, according to the French police. There’s no way of knowing where they go when they leave. Nevertheless the camp’s overall population has jumped dramatically from roughly 2,000 in late April.

As a more permanent settlement takes shape, refugees have opened makeshift shops; there are hairdressers, restaurants, a couple of mosques, a church and even a bike repair shop. The French have provided about 30 portable toilets and more water collection points, but living conditions remain execrable. Disease and infection — scabies being among the most common — are widespread.

London has chosen to see the situation primarily as a border security issue. Prime Minister David Cameron has warned of the “swarm of people” wanting to get to Britain; his foreign secretary, Philip Hammond, has stated that Britain needs to protect its borders from “marauding” migrants, warning that Europe’s standard of living cannot be preserved if it has to absorb millions of refugees.

On Aug. 20, the home secretary, Theresa May, signed an agreement in Calais with her French counterpart, Bernard Cazeneuve. The aim is to break the gangs of human traffickers operating in and around Calais, and to make the Eurotunnel terminal an impenetrable fortress of fences, police officers, sniffer dogs and high-tech detection systems.

Regardless of how you look at it — vulnerable refugees with a valid need of protection, or illegal migrants who should be returned to their homelands — the response from British and French authorities has left the people of the Jungle in limbo.

As their lives grow more difficult, attempts to find a way to England are getting more desperate, and more deadly. Last year, the bodies of two young Syrians in wetsuits, Mouaz Al-Balkhi, 22, and Shadi Omar Kataf, 28, washed ashore, one in Norway, the other on the Dutch coast. Both drowned in an apparent attempt to swim the 22 miles across the Channel.

Last year, 17 deaths were reported among refugees leaving Calais for England. This past summer, 11 fatalities were reported in just two months. Most of the dead lost their lives in accidents on the highway or at the Eurotunnel site. In July, an infant named Samir from Eritrea was born prematurely when his mother, a woman in her 20s, fell from a truck. He lived less than an hour, according to Medecines du Monde. On Sept. 18, a Syrian man in his early 30s was found dead, apparently electrocuted, on the roof of a freight train. On Thursday a young East African man was struck and killed by a train.

People in the Jungle do not seem to care that their quest is dangerous. Most of them have already gambled their lives by crossing the Mediterranean in small boats. Their dream of finding safety and a better life is not easily broken.

In late August, I met five-year-old Shewa, from the Kurdish part of Iraq. She was living in the camp with her father under a plastic tarp and a commercial banner stretched between two trees. Her father said he had tried to enter the Eurotunnel and carry her the 31 miles to England. But they were intercepted and sent back.

The French prime minister, Manuel Valls, promised to allocate five million euros, partially financed with E.U. aid, to help turn the Jungle into a “humanitarian camp” that will accommodate roughly 1,500 people in 2016. This is the first substantial effort to improve living conditions since January, when the government opened the Jules Ferry center next to the camp, a place where refugees can get a hot meal and a shower. The center currently shelters about 100 women and children.

But plans to accommodate 1,500 refugees do not count for at least half of the Jungle’s current population, and next year’s improvements are several cold months away. Improving the dire living conditions of as many as 5,000 human beings — a situation in which newborns die and children live under plastic tarps — must be an immediate priority.

Rather than spending millions on new fencing and surveillance, Britain should acknowledge that the quest of many of the refugees in Calais is valid under the United Nations Refugee Convention. This is not to advocate the blind acceptance of all who apply; the Jungle of Calais is without doubt the tragic product of multiple regional and global crises. But to allow people who have fled war and brutal dictatorships to languish without hope is a stain on British and French traditions and Europe’s humanitarian ideals.

Anders Fjellberg is an investigative reporter for the Norwegian daily Dagbladet.