Every Cuban knows the “wet foot, dry foot” drill: Risk fleeing to the United States and get caught at sea, and you will be sent back to the island; but if you wangle just one toe onto dry land, you’re home free. From there, typically, it’s a fast track to permanent residency, and eligibility for all manner of benefits, from green cards to welfare, then citizenship — all compliments of the Cuban Adjustment Act of 1966. Indeed, for almost a half century, Cubans have been the most privileged immigrants in the United States.

The repeal of this Cold War relic of immigration policy is long overdue. Last week, on the same day that the highest-level American diplomat in almost 40 years arrived in Cuba, the Miami-Dade County Commission unanimously voted to petition Congress to revise the act. Should the commission get its wish, the “wet foot, dry foot” policy, devised in 1995, would likely also be upended. 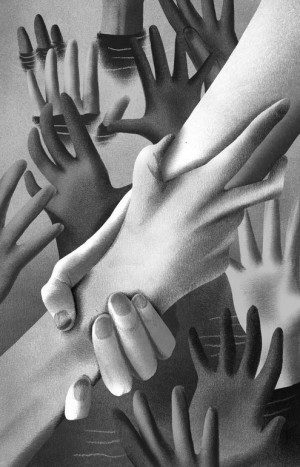 Most Americans are under the impression that the Republican Party is unequivocally opposed to amnesty for immigrants. In fact, it has long backed a blanket amnesty — but only for Cubans. For every other hopeful immigrant, the party’s message has been clear: “Deportations, deportations, deportations,” to quote Jorge Ramos, the Walter Cronkite of Spanish-language television. Why?

One answer is that the 2.1 million Cuban-Americans have been, until quite recently, a rock-solid Republican constituency. There is also a race and class issue. Unlike most of Central and Latin America, Cuba does not have a distinct indigenous population (the Spanish slaughtered almost all of the native Indians of the island). Hence those fleeing the Castro regime in the 1960s and ’70s were almost entirely white, educated and middle or upper class.

In 2014, the number of Central and Latin American migrants sharply declined. But for Cubans, it was a record year. About 30,000 took to the Florida Straits or arrived via Mexico (the preferred route for those who can afford the flight). Unlike the Mexicans, Guatemalans, Salvadorans and Haitians — most of whom received the heave-ho — each Cuban was welcome.

Word, and worry, has spread that the two pieces of legislation that make up the Cuban Privilege might not be around much longer. Since Dec. 17, when President Obama re-established relations with Cuba, the waters between the two countries have been swarming with migrants.

Last month, 481 Cubans were intercepted or rescued from jury-rigged rafts and boats — a 117 percent increase from the previous year, according to the Coast Guard. Many are not so lucky. Some migrants try five or 10 times before they successfully cross the 90 miles of water. How many have not made it? Thousands for sure over the last 50 years — making the Florida Straits one of the world’s largest aquatic graveyards.

Cuban authorities have demanded an end to the Cuban Adjustment Act, claiming the policy causes a brain drain. (Of course, they never acknowledge why more than a million Cubans have risked their lives to escape.) The vote in Miami last week had different motivations: Commissioner Bruno Barreiro, whose family members were beneficiaries of the act, argued that the Castro brothers have long exploited the law to ship out dissidents and to infiltrate spies into the exile community. And El Exilio Historico (the old guard) complains that the new arrivals are economic migrants, not political refugees fleeing communism — the law’s raison d'être.

While all this is true, there are more compelling reasons to end the Cuban Privilege. One of them is fairness. Are Cubans seeking a better way of life really more deserving than, say, refugees fleeing death squads or drug cartels?

Another is its enabling of a veritable crime syndicate: According to a recent series in The Sun Sentinel, a small cadre of Cubans specializing in Medicare and insurance fraud have bilked American taxpayers and businesses out of more than $2 billion since 1994. Even when caught and prosecuted (many, if not most, flee back to Cuba before capture), they cannot be deported, because Cuba refuses to accept them.

It is not at all clear if these two relics of immigration policy will be scotched; the State Department has said they are not on the table. Much depends on the Hispanics in Congress, whose colleagues expect them to take the lead. But the three serving in the Senate happen to be, yup, Cuban-American: Marco Rubio, Ted Cruz and Robert Menendez.

None have especially strong bona fides among most Latinos. Indeed, being second-generation white Cuban exiles puts them at odds with the overwhelming majority of Latinos in the United States, who are of mixed race or indigenous descent. Ted Cruz, who is not fluent in Spanish, has been called as Hispanic “as Tom Cruise.” In 2012, an anti-Rubio commercial on Spanish-language TV ended with the tag “No Somos Rubios” — a pun meaning both “We’re not Rubios” and “We’re not blonds” (or whites).

But if Mr. Rubio and Mr. Cruz are serious about their White House ambitions, they will need the votes of Latinos. That means they need to see to it that fairness dictates immigration reform. And that means the end of the Cuban Adjustment Act and “wet foot, dry foot.” So three Cuban-Americans — members of a group that enjoys an unprecedented, coveted status — could well decide the fate of millions of their less fortunate Hispanic brethren. Now that’s rich. Only in America.

Ann Louise Bardach is the author of Without Fidel: A Death Foretold in Miami, Havana and Washington and Cuba Confidential.