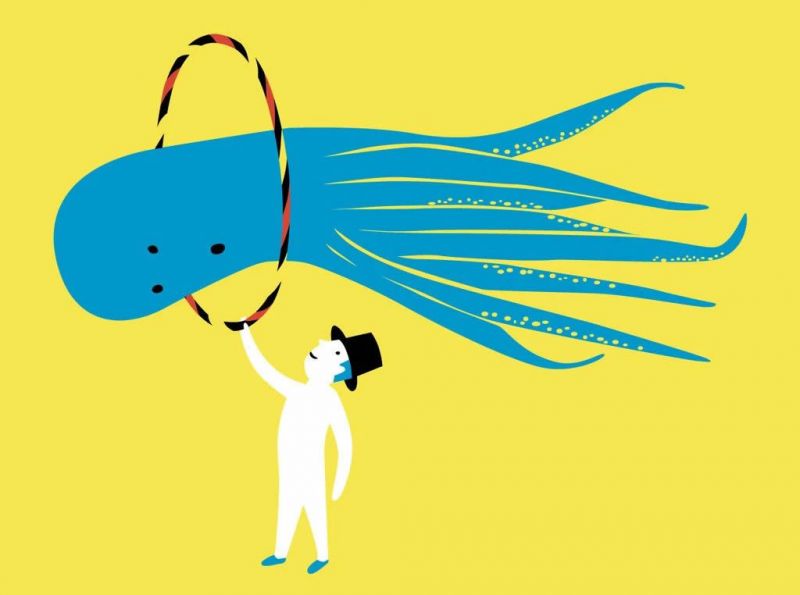 These days Germany is known for being many things: a leader in clean technology, a manufacturing powerhouse, Europe’s foreign policy center. But increasingly, it seems to have taken on yet another stereotype — as a nation of Luddites.

And truth be told, Germany is not a great place to be a big tech company these days. Günther H. Oettinger, a German official and the European Union’s incoming commissioner for digital economy and society, has assailed Google for having too big a presence in Europe, and speaks of “cuts” in the company’s market power. In Berlin, Sigmar Gabriel, the vice chancellor and economics minister, is investigating whether Germany can classify Google as a vital part of the country’s infrastructure, and thus make it subject to heavy state regulation.

Google is often spoken of in dark terms around cafes and biergartens. People regularly call it the Octopus. Even a figure as dominant in the global economy as Mathias Döpfner, the chief executive of Springer, Germany’s largest publishing house, said he was “afraid of Google.”

Google isn’t the only target of Teutonic ire. A few weeks ago, a German court prohibited Uber from operating in the country, reasoning that the company was violating federal licensing laws for professional drivers. And Amazon is entangled in a long and wearying battle over working conditions and pay with Verdi, one of Germany’s most powerful unions.

To outsiders, this all seems like just another instance of collective German angst. In this view, Germany is the neurotic bystander of the digital revolution, shaken to the bone by its fear of everything new and its distrust of everything American, a secretive society still traumatized by its Stasi history, overestimating the importance of data privacy.

But this caricature misses the point. Germans don’t fear technology. Nor do we dislike America. On the contrary: Whenever Apple debuts a new product, our media goes bananas and people line up in front of Apple’s flagship stores. Most Germans use Google and Facebook on a daily basis, without ever getting sweaty hands when typing in a search term or answering a friendship request.

In politics, Silicon Valley is a magic phrase. It’s what Berlin wants to be. It’s where our representatives and business leaders go when they want to look really cool or snoop around for ideas. Speaking at a rollout for a new book on Silicon Valley, Mr. Gabriel’s eyes turned dreamy when he told the audience how he strolled the streets of Palo Alto on his first visit there in the late ’90s, looking around for the Hewlett-Packard garage, feeling the magic of innovation in the air.

What gives? How can Germany be both afraid of and in love with technology, and the companies that make it? The key is to look beyond those things, to the corporate model they represent.

The true origin of the conflict lies in the economic culture innate to those former Silicon Valley start-ups — now giants — that are taking the European markets by storm. To create and grow an enterprise like Amazon or Uber takes a certain libertarian cowboy mind-set that ignores obstacles and rules.

Silicon Valley fears neither fines nor political reprimand. It invests millions in lobbying in Brussels and Berlin, but since it finds the democratic political process too slow, it keeps following its own rules in the meantime. Uber simply declared that it would keep operating in Germany, no matter what the courts ruled. Amazon is pushing German publishers to offer their books on its platform at a lower price — ignoring that, in Germany, publishers are legally required to offer their books at the same price everywhere.

It is this anarchical spirit that makes Germans so neurotic. On one hand, we’d love to be more like that: more daring, more aggressive. On the other hand, the force of anarchy makes Germans (and many other Europeans) shudder, and rightfully so. It’s a challenge to our deeply ingrained faith in the state.

The German voter-consumer will always trust the state more than he will any private company, no matter how ardently it insists on being a good guy. Trust in “the state” is hard to measure; polls vary greatly depending on the current government’s performance and personnel, among other factors. However, Germans regularly report much higher levels of trust in the leading state institutions — the federal legislature, the courts and the police — than Americans do.

No major party, right or left, calls for shrinking the size of the state; the only party to do so, the Liberal Democrats, is too small to have a seat in the Bundestag, and is fighting for its life in state-level elections. Unlike in America, where trust in the state tends to dip during hard times, in Germany it rises. When problems appear, we look to “Vater Staat” — the Father State — to protect us.

That includes challenges by “disruptive” business models, like those coming out of Silicon Valley. Indeed, the reason politicians like Mr. Gabriel — who has said “we must tame Silicon Valley capitalism”— go after Amazon and Uber is that it is a surefire way to get votes. Even politicians who are normally pro-deregulation, like Mr. Oettinger, know it’s smart to come down hard on tech companies.

If it wants to succeed here, Silicon Valley needs to comply with the particularities of the German and European market. We love technology, but we want it delivered on our terms. In Germany, cowboys should remain in the movies.

Anna Sauerbrey is an editor on the opinion page of the daily newspaper Der Tagesspiegel.