The trial of Oskar Gröning, the 93-year-old “accountant of Auschwitz,” began last week in the German city of Lüneburg. Mr. Gröning is charged with complicity in the murder of at least 300,000 people. At least once during the summer of 1944, according to his accusers, when thousands of Hungarian Jews arrived by cattle car at Auschwitz-Birkenau, he stood at the exit ramp, watching as the passengers were divided into those to be put into forced labor and those to be killed instantly.

The trial has gained widespread attention in Germany and around the world, and not only because Mr. Gröning expressed regret for his actions. A number of survivors of Auschwitz are in attendance, and their statements have given the proceedings an added poignancy. It is one of the last chances we will have to hear the victims and seek justice from someone who actually participated in the Holocaust. The rapid disappearance of the “Zeitzeugen,” the contemporary witnesses — both survivors and perpetrators — will change how we Germans think about ourselves. Especially the perpetrators; in a bizarre way, we will miss them when they’re gone. 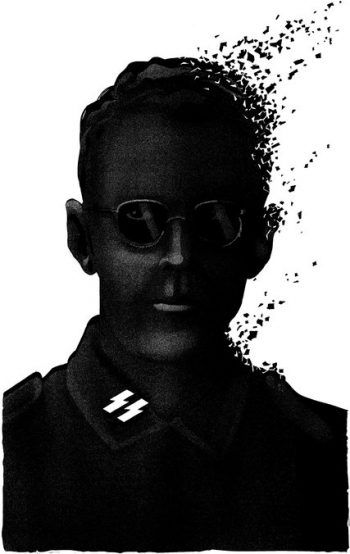 Since the end of the Nazi era, Germany has made “never again” a core part of its national identity. Deterrence, as an educational concept, has shaped how we commemorate our past, structure our politics and teach our children.

It is not enough to teach good liberal values. All that Humboldt and Kant failed to inoculate Germany from the virus of Nazism. Why should it now? Nor is history sufficient, by itself. The numbers of those killed in Auschwitz-Birkenau are horrifying, but abstract.

But when Eva Pusztai-Fahidi, one of the plaintiffs in the Gröning trial, tells her story, the suffering is palpable. She has been interviewed by several newspapers recently, recalling the moment when Josef Mengele, the infamous “doctor” of Auschwitz, stood at the ramp and waved her to one side — and her mother and sister to the other. Both were murdered, as were dozens of her relatives.

Survivors of the Holocaust still regularly speak in classrooms in Germany. Everyone reads the “Diary of Anne Frank,” over and over. I have read it knowing that my grandparents had at least tolerated the regime that murdered her — and that both my grandfathers served in the war. We have all grown up with the vague feeling of inherited guilt.

But while reading Frank’s diary or hearing Ms. Pusztai-Fahidi speak is moving, it is the perpetrators that really make you dizzy. In a way they are even more important to the German narrative than the victims.

At the trial, Mr. Gröning said that from his perspective, the killing of the Hungarian Jews, which had been meticulously planned and for which several new gas chambers had been built in Auschwitz, was “routine.” What shocked him were merely individual outbursts of violence, like an SS man beating a crying infant to death. The killings in the gas chambers, he said, were “orderly” and “clean.” He rarely said the word “murder.” “In 24 hours you could take care of 5,000 people,” he said. “After all, that’s how things went in a concentration camp.”

Mr. Gröning’s language naturally makes one think of Adolf Eichmann, and how his detached explanation of his role as a bureaucrat, at his 1961 trial in Jerusalem, led Hannah Arendt to coin the phrase “the banality of evil.” Ms. Arendt was, some say, fooled by the defendant, and that Eichmann had embraced the hatred fueling the killing machine.

But if Ms. Arendt was wrong about Eichmann, she was on to something, something we now see in what Mr. Gröning is saying. It is the horrifying, mind-wrecking banality of evil condensed in a sentence like “that’s how things went in a concentration camp” that has sustained the German self-narrative of guilt, much more than compassion ever could have.

Mr. Gröning makes us question ourselves. I, too, am afraid I wouldn’t have resisted. The victims tell us: We must never forget. The perpetrators say: We might do it again.

One afternoon, when I was a teenager, I asked my grandfather: “Didn’t you know back then?” His answer took me by surprise. “How could we have known?” he said, with a violence that revealed more than his actual answer.

One day, when my young son takes an interest in German literature, he’ll inevitably read Günther Grass. But as strong and indicting as a novel like “The Tin Drum” is, it won’t have the same effect as being confronted with Oskar Gröning, or being uncertain about your own grandfather’s moral integrity. How will he understand his own responsibility, as a German, to combat ideologies of hatred and prevent crimes against humanity?

We must find a new narrative, a new way to ensure “never again.” Not through ideology, but through action — for example by more generously helping the refugees that seek asylum in our country. Instead of trying to transfer a vague feeling of inherited guilt to yet another generation, we should change from remembering what we must never forget to knowing why.

Anna Sauerbrey, an editor on the opinion page of the newspaper Der Tagesspiegel, is a contributing opinion writer.