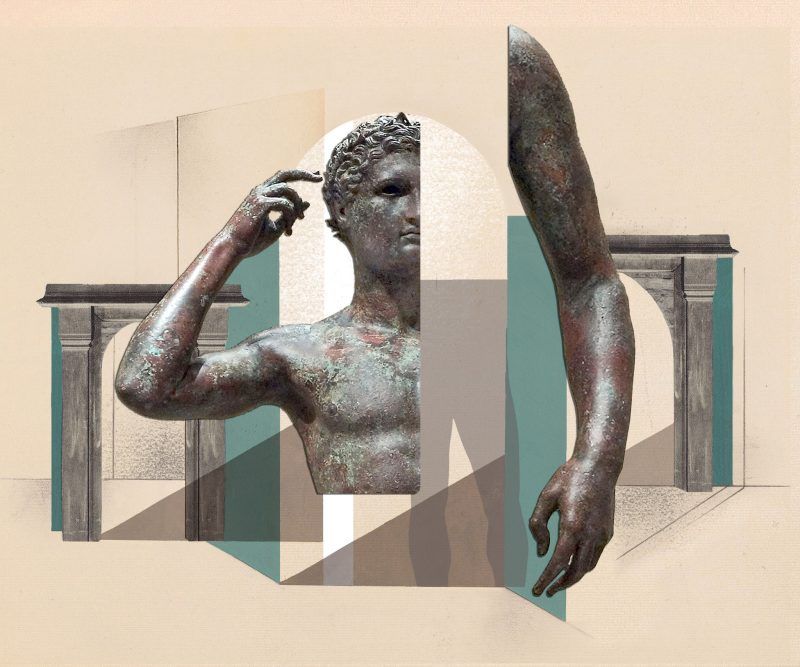 In recent years, museums in the United States have surrendered antiquities to numerous countries after determining that the objects had been illicitly acquired. Those restitutions were necessary: no museum should retain a work that was stolen or transferred in violation of international law or treaty obligations. Due diligence in acquiring an antiquity requires, at a minimum, documentation of where it was discovered in modern times and its subsequent movements across national borders. Applying those standards is not always easy and, at least until recently, often not undertaken with appropriate thoroughness. There is, though, a notable exception: the J. Paul Getty Museum’s 1977 purchase of “Statue of a Victorious Youth,” a Greek statue known as the Getty Bronze that Italy is claiming as its own.

Life-size Greek bronzes are rare, and ones of this caliber are especially prized. Although the Getty Bronze is currently dated to the second or third century B.C. it was first attributed to the fourth-century Greek sculptor Lysippos. Before acquiring it, the Getty undertook a comprehensive, five-year effort to determine that the statue could be purchased legally and in good faith. That review is said to have included analysis of international, Italian, American and California law and, notably, of Italian court decisions pertaining to the work.

The bronze was found in 1964 in Adriatic waters by Italian fishermen. In 1968, Italy’s highest court, the Court of Cassation, ruled that there was no evidence that the statue belonged to the Italian state. Although the fishermen took the statue onto Italian soil, the court did not find that its brief presence in Italy transformed the sculpture into a component of Italian cultural heritage.

Before it arrived at the Getty, the statue made its way to a German art dealer who put the statue up for sale. According to the Getty, in 1973, acting on a request from Italy, German police initiated an investigation into whether the German dealer had received stolen goods. The investigation was dropped for lack of evidence of wrongdoing. In 1977, the Getty purchased the bronze in Britain for almost $4 million from a gallery affiliated with the German dealer. The bronze has now been publicly exhibited, studied and cared for at the Getty for 40 years.

In 1989, Italy requested that the Getty give up the statue and the Getty declined. In 2006, as part of negotiations that resulted in the transfer of 40 antiquities from the Getty to Italy, Italy again asked for the bronze. The Getty again declined, and years of litigation ensued. Last week, responding to an appeal by the Getty, Italy’s Court of Cassation decided (without a published ruling explaining its reasoning) that the museum must forfeit the bronze.

The New York Times reported that Italy insists the statue was found in Italian territorial waters — a conclusion that runs contrary to the Court of Cassation’s 1968 ruling — and that it was illicitly exported from Italy. “We provided enough evidence,” the Italian prosecutor told The Times, adding that the “statue was culturally and administratively Italian when it sank” in antiquity. But it is not clear what that evidence is. Under principles of international law, illegal export is not, absent a treaty provision to the contrary, actionable in the courts of another country. Since 2001, Italy and the United States have had such an agreement but it does not apply retroactively. The Getty, for its part, is unconvinced it should give up the statue. “The law and facts in this case do not warrant restitution,” a museum representative has said.

The Italian Ministry of Culture has said it plans to seek American assistance in forfeiting the bronze. In recent years, the Justice Department has assisted many countries (including Italy) in recovering illicitly acquired works located in the United States. That assistance is appropriate (and good public policy) when there is solid evidence of wrongdoing.

But in the case of the Getty Bronze, the expenditure of American taxpayers’ money and the deployment of the Justice Department’s limited resources would be a mistake. In acquiring the bronze, the Getty relied on a decision of Italy’s highest court and acted in good faith. Unless Italy provides compelling new evidence, the best future for this victorious youth is to remain in the only permanent home he has known since his discovery 54 years ago — in Los Angeles, at the Getty.

Stephen K. Urice is a professor of law at the University of Miami School of Law and is secretary and past president of the International Cultural Property Society. He was also the director of the Project for Cultural Heritage Law and Policy, which terminated its work in 2010, and received partial funding from the Getty Foundation in 2004.