The conventional wisdom among public health authorities is that the Ebola virus, which killed at least 10,000 people in Liberia, Sierra Leone and Guinea, was a new phenomenon, not seen in West Africa before 2013. (The one exception was an anomalous case in Ivory Coast in 1994, when a Swiss primatologist was infected after performing an autopsy on a chimpanzee.)

The conventional wisdom is wrong. We were stunned recently when we stumbled across an article by European researchers in Annals of Virology: “The results seem to indicate that Liberia has to be included in the Ebola virus endemic zone.” In the future, the authors asserted, “medical personnel in Liberian health centers should be aware of the possibility that they may come across active cases and thus be prepared to avoid nosocomial epidemics,” referring to hospital-acquired infection.

What triggered our dismay was not the words, but when they were written: The paper was published in 1982.

As members of a team drafting Liberia’s Ebola recovery plan last month, we systematically reviewed the literature on Ebola surveillance since the virus’s discovery in central Africa in 1976. We learned that the virologists who wrote that report, who were from Germany, had analyzed frozen blood samples taken in 1978 and 1979 from 433 Liberian citizens. They found that 26 (or 6 percent) had antibodies to the Ebola virus. 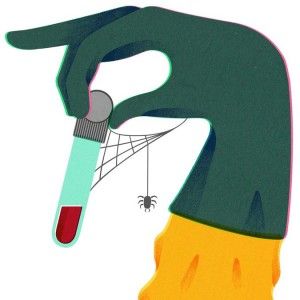 Three other studies published in 1986 documented Ebola antibody prevalence rates of 10.6, 13.4 and 14 percent, respectively, in northwestern Liberia, not far from its borders with Sierra Leone and Guinea. These articles, along with other forgotten reports from the 1980s on antibody prevalence in neighboring Sierra Leone and Guinea, suggest the possibility of what some call “sanctuary sites,” or persistent, if latent, Ebola infection in humans.

There is an adage in public health: “The road to inaction is paved with research papers.” In a twist of fate, the same laboratory that confirmed the first positive Ebola test results in Guinea last year, the Pasteur Institute, was the publisher of Annals of Virology. Yet the institute’s April 2014 report said, “This subregion was not considered to be an area in which EBOV was endemic” (using the medical term for the Ebola virus).

Part of the problem is that none of these articles were co-written by a Liberian scientist. The investigators collected their samples, returned home and published the startling results in European medical journals. Few Liberians were then trained in laboratory or epidemiological methods. Even today, downloading one of the papers would cost a physician here $45, about half a week’s salary.

The story is not an unusual one. As it happened, the subjects in the 1986 antibody studies worked on the world’s largest rubber plantation (which then supplied 40 percent of the latex used in the United States). During the current outbreak of Ebola, we saw rubber trees stretch as far as the eye could see from clinics in rural Margibi County — clinics shuttered after nurses died after supplies of latex gloves and other protective gear ran out. The way this part of Liberia was trawled for vital medical knowledge thus mirrored the way the West extracted the rubber it needed.

Sierra Leone’s and Liberia’s recent histories of civil conflict made it difficult to confirm an outbreak of the disease. Public health laboratories were not functioning in either country; it was months before Ebola was identified as the culprit pathogen. That made it impossible for the region’s few doctors and nurses to deliver effective care.

In all recognized Ebola epidemics to date, the disease has been transmitted primarily in the course of caring for the sick or burying the dead — hence the 1982 warning about transmission within hospitals and clinics. It was just as the German scientists had predicted: Liberia’s under-resourced health facilities became the fault lines along which Ebola erupted across the country and the wider region.

To our knowledge, no senior official now serving in Liberia’s Ministry of Health had ever heard of the antibody studies’ findings. Nor had top officials in the international organizations so valiantly supporting the Ebola response in Liberia, including United Nations agencies and foreign medical teams.

When the history of this epidemic is written, it will chronicle the myriad ways that — from Guéckédou and Monrovia, to Geneva and Dallas — we were not prepared. But none of us can in good conscience say there was no warning.

Ebola was here already. Understaffed and underequipped hospitals and clinics were sure to intensify, rather than stop, a major outbreak. And among its primary victims would be health care professionals. Had the virologists’ findings been linked to long-term efforts to train Liberians to conduct research, to identify and stop epidemics, and to deliver quality medical care, the outcome might have been different.

We all had friends and co-workers fall ill during this epidemic. But the fates of the afflicted reflect grotesque disparities. Of the 10 Americans infected with Ebola, all were airlifted to specialist hospitals with excellent clinical care in the United States. Nine have recovered, and the 10th is, we pray, well on his way to a full recovery. At the start of the last major chain of transmission recorded in urban Liberia, last month, 11 of 11 people in one cluster perished.

A lasting legacy of this terrifying health crisis must be a new architecture for global health delivery, with a strong focus on building local capacity to respond effectively to such crises. Equity must be an indispensable goal in protecting from threats like Ebola, and in the quality of care delivered when prevention fails. Only then can we leave behind the rubber plantation model of international health and draw on the science that must inform these endeavors.

Bernice Dahn is the chief medical officer of Liberia’s Ministry of Health, where Vera Mussah is the director of county health services. Cameron Nutt is the Ebola response adviser to Dr. Paul Farmer at the nonprofit group Partners in Health.