During the last seven decades, European countries have painstakingly tried to rebuild a continent once shattered by war and atrocities according to the values of solidarity and human rights. We built institutions to prevent the crimes of the past and we made a commitment to help those in need of protection.

This process has now gone awry. Europe’s current response to refugees shows unmistakable backsliding on that commitment. Immigration has become such a contentious issue that it is tearing apart what remains of the European project and its facade of solidarity.

I have observed this regression in many countries. Spain recently adopted legislative amendments to enable border guards to repel without due process migrants arriving from Morocco at Ceuta and Melilla, Spanish territories in North Africa. Spain has pushed ahead with this policy in spite of international criticism that these amendments threaten the right to asylum and erode hard-won international protections for refugees. 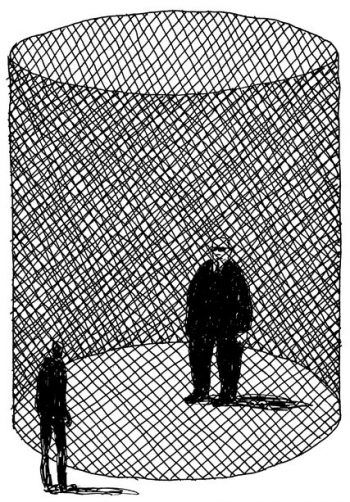 In Hungary, the government is conducting a racist poster campaign about migrants and asylum seekers, feeding popular prejudice about refugees “stealing” locals’ jobs. The Hungarian government has also announced a plan to build a 13-foot fence on its border with Serbia to prevent migrants from entering. This is similar to what Bulgaria has already done on its border with Turkey.

In France, a chronically underfunded refugee reception system obliges many asylum seekers to live on the streets. In Austria, the government just halted the processing of asylum applications, ostensibly to make the country less attractive to asylum seekers and to force other European countries to do their share. In Denmark, a populist party now holds the balance of power after running an electoral campaign on anti-immigrant rhetoric, including calls for stricter border controls.

The Syrian refugee crisis is a good illustration of this unwillingness to share responsibilities in receiving and protecting refugees. Turkey is dealing with almost two million displaced Syrians, yet its fellow Council of Europe countries hesitate to accept a few hundred Syrian refugees. With the exception of Armenia, Germany and Sweden, the response of the other 43 European countries has been simply shameful.

Not even the thousands of deaths in the Mediterranean have made European governments shift their position. While Italy alone was saving migrants from drowning, some fellow European Union member states, like Germany and Britain, fiercely criticized it, claiming that operations like Italy’s Mare Nostrum search-and-rescue mission would act like a magnet for other migrants. Many member countries greeted the European Commission’s recent proposal of mandatory quotas for redistributing asylum seekers with open hostility. After acrimonious discussions, they agreed to a much weaker scheme.

Divided as they are, European leaders do share a view of migration as a security problem, often using inappropriately militaristic language. The European Commission exhibited the same approach in last week’s proposal to strengthen the powers of the European Union border agency, Frontex, to fingerprint, detain and expel migrants.

More worrying, the European Union has continued along the path of “externalizing,” or outsourcing, border controls. This involves paying countries that have either weak democracy or none at all to keep migrants away from European coasts.

It can also mean putting pressure on European countries that are not member states — in the Balkans in particular — to reduce the number of their citizens applying for asylum in the European Union with the threat of restoring mandatory visa requirements. These tactics have led to the adoption, usually by Europe’s proxies, of unlawful measures like ethnic profiling at border crossings, the confiscation of travel documents and physical measures to repel migrants.

What is especially offensive in all this is that, with the exception of Turkey, European countries are far from experiencing the kind of refugee pressures that much poorer and less stable countries like Pakistan, Lebanon and Ethiopia are experiencing. No European Union member state ranks among the 10 major refugee-hosting countries.

Yet Europeans act as if they were on the verge of being “invaded.” A series of spats between France and Italy is a sad reminder that as few as 200 asylum seekers’ attempting to cross what the European Union considers an internal border under the Schengen Agreement, which has been in force for 20 years, today raises diplomatic tensions.

European countries have lost all sense of proportion. With a total population estimated at more than 740 million, they are among the richest and most stable countries in the world, but they pretend to be threatened by the idea of admitting 600,000 asylum seekers a year.

Europe needs to take a long, hard look at itself — and at the reality of the refugee issue. The European Union could start by overhauling its laws governing asylum and migration. By increasing legal avenues for migrants to reach Europe, with measures like eased humanitarian visas and family reunification rules, it would reduce the number of migrants taking perilous routes. That would help cut the ground from beneath the feet of smugglers, who grow richer when migration restrictions are harsh.

Laws that ensure a humane approach to the needs of migrants should replace provisions that criminalize migrants who enter and remain by irregular means. Such legislative changes must go hand in hand with improved migration policies.

First, we need a European-run Mare Nostrum mission to ensure extensive search-and-rescue operations in the Mediterranean. Second, European countries must more readily embrace the proposals made by the United Nations refugee agency, the United Nations High Commissioner for Refugees, especially on the need to resettle people fleeing oppression and in need of protection.

The European Union should also implement development policies in refugees’ countries of origin to help eradicate the causes of migration. And when it signs cooperation agreements with those countries, it must ensure that its partners respect human rights.

Arguably the most pressing challenge, though, is to address public anxiety about migration and asylum. Instead of pandering to fear, political leaders and opinion makers should confront the issue from a principled standpoint. The values of tolerance, acceptance and solidarity have defined the European project. We cannot abandon them now, over this.

Managing migration is not an easy task, but from its position of privilege, Europe must not use this difficulty as an excuse to trample on our obligations to protect those who flee wars and persecution. It is a matter of principle that defines our identity, which we must not betray.

Nils Muiznieks is the Council of Europe commissioner for human rights.