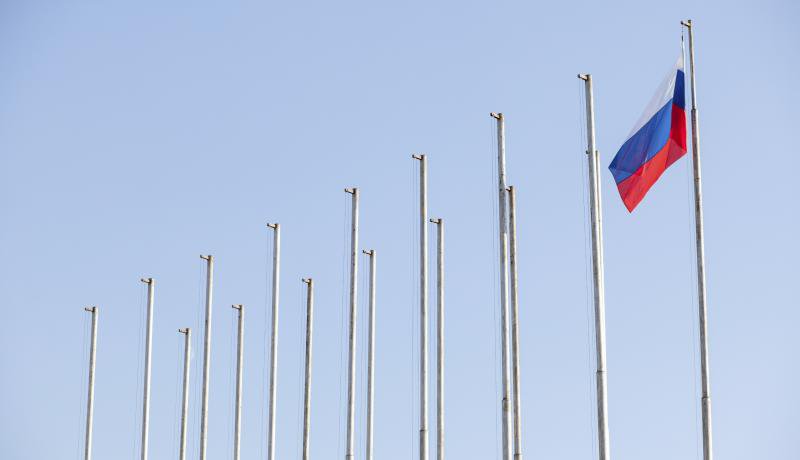 The public spat this week, between the White House and Nikki Haley, US permanent representative to the UN, has thrown America’s sanctions policy into confusion. But this should not cloud a more significant moment. Earlier this month America imposed its most far-reaching sanctions yet on Russia. These mark a turning point in US-Russia relations – the moment when America took the offensive in a long struggle for influence waged with economic means.

Since the end of the Cold War, the West has sought to draw Russia into the global economy. Beyond the pursuit of new trade and investment opportunities lay a strategic calculation: globalizing Russia would normalize it. Enmeshed in the institutions and practices of a global market economy, Russia would become prosperous and peaceful. The West had contained the Soviet Union successfully: now it would integrate Russia.

Vladimir Putin accepted only part of this bargain. He understood that Russia could benefit from the global economy, but had no intention of indulging a Western vision of his country’s future. On the contrary: Putin balanced the gains from economic engagement – above all, energy exports and foreign investment – with his own vision of centralized authoritarian power and an assertive foreign policy. At home he pursued 'sovereign democracy' – democratic forms subordinated to state control. Abroad, he pursued 'sovereign globalization': interdependence subordinated to Russian power.

For a time this worked. From 2000 to 2008 Russia’s economy doubled. Russia joined a host of international clubs, and in 2006 chaired the G8. At the same time, Russia’s political system became steadily less pluralistic and more illiberal, and its relations with the West cooled. Russia became both more integrated and less Western.

But 'sovereign globalization' went further: it harnessed economic ties with the West for political ends. Energy was one key instrument: not only oil and gas exports, but efforts to gain control over downstream assets. A second was finance: Western elites were carefully cultivated through lucrative business relations, 'lords on boards' and other inducements, some less transparent than others. For the first time in its history, Russia used economic relations – an enduring source of weakness – as a source of influence.

These rival visions – the West’s rules-based integration and Russia’s sovereign globalisation – were incompatible. They could not survive direct contact in Ukraine in 2014. This crisis has nothing to do with NATO enlargement: the key issue was whether Ukraine’s foreign economic relations should serve prosperity or power. It was Russia’s pressure on President Viktor Yanukovych to abandon Ukraine’s commitment to join an EU free trade agreement, and sign up instead to Russia’s own Eurasian Economic Union, that brought Ukrainians out onto the Maidan in Kyiv and forced Yanukovych to flee.

When Russia then annexed Crimea, and intervened in eastern Ukraine, the West imposed its first sanctions on Russia. Their effects have been real but limited, and chronic rather than acute. Russia found ways to adapt – though Exxon Mobil’s withdrawal last month from joint projects with Rosneft, a sanctioned entity, is a setback.

But America’s latest financial sanctions, announced on 6 April, are a game-changer in four ways. First, they are extremely stringent, threatening anyone who 'knowingly facilitating significant transactions' with sanctioned individuals or entities. This deters not only counterparties from doing business, but agencies such as Clearstream and Euroclear from handling payments. The intent is to cut off sanctioned entities from any real involvement in the global economy.

Second, the sanctions target publicly traded companies. Many oligarchs saw a listing in London, New York or Hong Kong as a way to protect corporate assets from Western sanctions as well as the Russian state. They are no longer safe.

Third, the sanctions create wider uncertainty. No one knows who might be targeted next. Russia faces a new systemic risk: expectations about US sanctions are now as important as the oil price for assessing its prospects.

Fourth, America is prepared to accept costs in order to inflict them. The new sanctions have already produced global fallout, including the disruption of aluminium markets. US institutions are obliged to divest themselves of holdings in sanctioned companies. A credible response to Russia’s 'malign activity around the globe' requires measures that make one’s own life more complicated.

America has demonstrated its unique power in the global economy. No country can match its ability to hurt a major adversary in this way. Other countries will take note. But will others join it? While Russia scrambles to limit the impact of sanctions, the ball is really in Europe’s court now. In recent years the European Union has reduced its vulnerability to Russia’s energy weapon. But it has done little to tackle Russian finances and the influence they bring.

This article was originally published in the Independent.