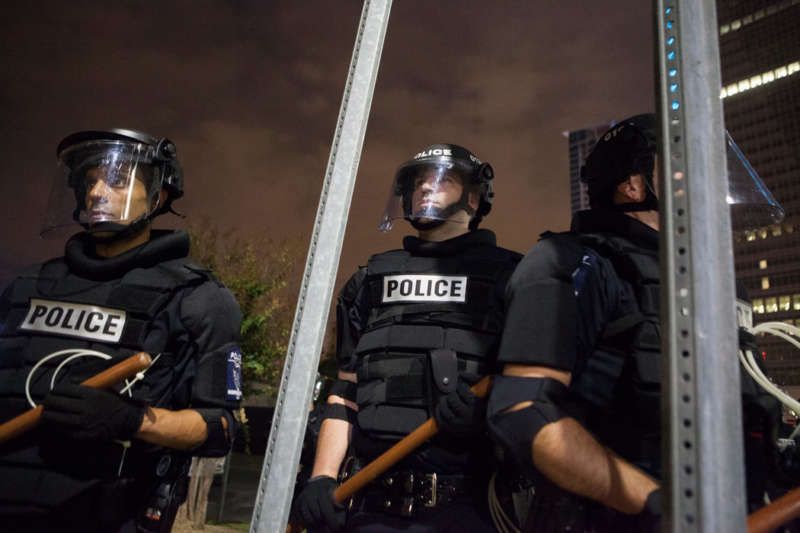 Another set of black men killed by the police — one in Tulsa, Okla., another in Charlotte, N.C.

Another set of protests, and even some rioting.

Another television cycle in which the pornography of black death, pain and anguish are exploited for visual sensation and ratings gold.

And yes, another moment of mistakenly focusing on individual cases and individual motives and individual protests instead of recognizing that what we are witnessing in a wave of actions rippling across the country is an exhaling — a primal scream, I would venture — of cumulative cultural injury and a frantic attempt to stanch the bleeding from multiplying wounds.

We are in a new age in which the shroud has slipped and trauma has risen.

This moment in our nation’s history is not about how individual fears are articulated — in an emergency call, in an officer’s response, in weapons drawn and fired, in black people’s desire to flee for their lives, in black parents’ anxiety about the safety of their children. This moment is about the enormous, almost invisible structure that informs those fears — the way media and cultural presentations disproportionately display black people, and black men in particular, as dangerous and menacing and criminal. It’s about the way historical policies created our modern American ghettos and their concentrated poverty; the ways in which such concentrated poverty and its blight and hopelessness can be a prime breeding ground for criminal behavior; the way these areas make poverty sticky and opportunity scarce; the way resources, from education to health care to nutrition, are limited in these areas.

We keep talking about choices, but we don’t talk nearly enough about the fact that choices are always made within a cultural and historical context.

People didn’t simply choose to live in neighborhoods with poor housing and poor schools and crumbling infrastructure and few grocery stores and fewer adequate health care facilities. There were many factors that created those neighborhoods: white flight, and the black flight of wealthier black people, community disinvestment, business lending practices and government policies assigning infrastructure and public transportation to certain parts of cities and not others.

We may say that a poor choice is simply wrong and the offending party must deal with the consequences. But poor choices made in a poor environment don’t have the same consequences as those made in wealthy environments. For poor people, the same poor choices are punished more often and more severely, compounding their deficit.

Then America takes it further, imputing the poor choices of a few onto a whole race, and in so doing sets the stage for disaster. This creates the suspicion and fear that can lead to the deaths we’re seeing, in which the person killed may have made no poor choices, in which the only poor choice was the pulling of a trigger.

This is what people mean when they talk about the impact of systemic racism in these cases and in these areas. It is not that the police harbor more racism than the rest of America, but rather that racism across society, including within our police departments and system of justice, has been erected in ways that disproportionately impact poor, minority communities. That is acutely clear in these killings.

What took centuries to grow may take a long time to fully chop down. You can’t fight racism by plucking leaves from the top of the poisonous tree, but by taking an ax to the root.

Republican vice-presidential candidate Mike Pence said last week, “We ought to set aside this talk, this talk about institutional racism and institutional bias,” calling it “rhetoric of division.” That is exactly the opposite of what we should do.

The police are simply instruments of the state, and the state is the people who comprise it. The police are articulating a campaign of control and containment of populations and that campaign has the implicit approval of every citizen within their jurisdictions. This is not a rogue officer problem; this is a rogue society problem.