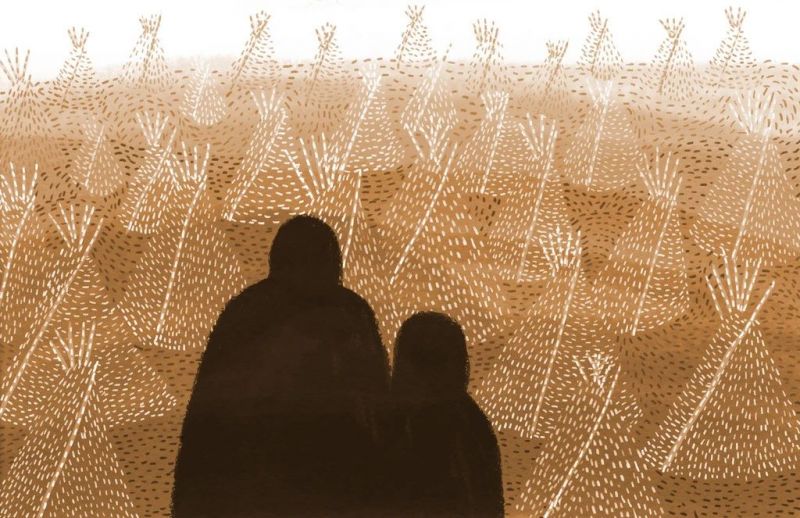 Many people think of the Civil War and America’s Indian wars as distinct subjects, one following the other. But those who study the Sand Creek Massacre know different.

On Nov. 29, 1864, as Union armies fought through Virginia and Georgia, Col. John Chivington led some 700 cavalry troops in an unprovoked attack on peaceful Cheyenne and Arapaho villagers at Sand Creek in Colorado. They murdered nearly 200 women, children and older men.

Sand Creek was one of many assaults on American Indians during the war, from Patrick Edward Connor’s massacre of Shoshone villagers along the Idaho-Utah border at Bear River on Jan. 29, 1863, to the forced removal and incarceration of thousands of Navajo people in 1864 known as the Long Walk.

In terms of sheer horror, few events matched Sand Creek. Pregnant women were murdered and scalped, genitalia were paraded as trophies, and scores of wanton acts of violence characterize the accounts of the few Army officers who dared to report them. Among them was Capt. Silas Soule, who had been with Black Kettle and Cheyenne leaders at the September peace negotiations with Gov. John Evans of Colorado, the region’s superintendent of Indians affairs (as well as a founder of both the University of Denver and Northwestern University). Soule publicly exposed Chivington’s actions and, in retribution, was later murdered in Denver.

After news of the massacre spread, Evans and Chivington were forced to resign from their appointments. But neither faced criminal charges, and the government refused to compensate the victims or their families in any way. Indeed, Sand Creek was just one part of a campaign to take the Cheyenne’s once vast land holdings across the region. A territory that had hardly any white communities in 1850 had, by 1870, lost many Indians, who were pushed violently off the Great Plains by white settlers and the federal government.

These and other campaigns amounted to what is today called ethnic cleansing: an attempted eradication and dispossession of an entire indigenous population. Many scholars suggest that such violence conforms to other 20th-century categories of analysis, like settler colonial genocide and crimes against humanity.

Sand Creek, Bear River and the Long Walk remain important parts of the Civil War and of American history. But in our popular narrative, the Civil War obscures such campaigns against American Indians. In fact, the war made such violence possible: The paltry Union Army of 1858, before its wartime expansion, could not have attacked, let alone removed, the fortified Navajo communities in the Four Corners, while Southern secession gave a powerful impetus to expand American territory westward. Territorial leaders like Evans were given more resources and power to negotiate with, and fight against, powerful Western tribes like the Shoshone, Cheyenne, Lakota and Comanche. The violence of this time was fueled partly by the lust for power by civilian and military leaders desperate to obtain glory and wartime recognition.

Expansion continued after the war, powered by a revived American economy but also by a new spirit of national purpose, a sense that America, having suffered in the war, now had the right to conquer more peoples and territories.

The United States has yet to fully recognize the violent destruction wrought against indigenous peoples by the Civil War and the Union Army. Connor and Evans have cities, monuments and plaques in their honor, as well as two universities and even Colorado’s Mount Evans, home to the highest paved road in North America.

Saturday’s 150th anniversary will be commemorated many ways: The National Park Service’s Sand Creek Massacre Historic Site, the descendant Cheyenne and Arapaho communities, other Native American community members and their non-Native supporters will commemorate the massacre. An annual memorial run will trace the route of Chivington’s troops from Sand Creek to Denver, where an evening vigil will be held Dec. 2.

The University of Denver and Northwestern are also reckoning with this legacy, creating committees that have recognized Evans’s culpability. Like many academic institutions, both are deliberating how to expand Native American studies and student service programs. Yet the near-absence of Native American faculty members, administrators and courses reflects their continued failure to take more than partial steps.

While the government has made efforts to recognize individual atrocities, it has a long way to go toward recognizing how deeply the decades-long campaign of eradication ran, let alone recognizing how, in the face of such violence, Native American nations and their cultures have survived. Few Americans know of the violence of this time, let alone the subsequent violation of Indian treaties, of reservation boundaries and of Indian families by government actions, including the half-century of forced removal of Indian children to boarding schools.

One symbolic but necessary first step would be a National Day of Indigenous Remembrance and Survival, perhaps on Nov. 29, the anniversary of Sand Creek. Another would be commemorative memorials, not only in Denver and Evanston but in Washington, too. We commemorate “discovery” and “expansion” with Columbus Day and the Gateway arch, but nowhere is there national recognition of the people who suffered from those “achievements” — and have survived amid continuing cycles of colonialism.

Ned Blackhawk, a professor of history and American studies at Yale and the coordinator of the Yale Group for the Study of Native America, is the author of Violence Over the Land: Indians and Empires in the Early American West.