Out of sight, a powerful industry has been developing since the 1980s in tax havens across the globe. By following the money, we can start to grasp the costs that these territories impose on the economies of other countries.

The data that offshore centres publish is far from comprehensive, and our system for measuring household wealth and multinationals’ profits has many weaknesses. But it is improving, and by analysing the data carefully, we can detect consistent patterns and dissipate some of the secrecy that has for decades surrounded the activities of tax havens. 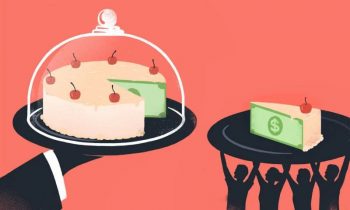 Let’s look first at tax avoidance by big multinationals. In principle, these companies are supposed to allocate profits across their various subsidiaries as if these offshoots were independent entities, trading goods and services among themselves at the prevailing market prices. In practice, however, the prices of intragroup transactions are routinely manipulated by offshore accounting firms to make their global profits appear in low-tax jurisdictions. Moreover, a growing number of multinationals locate their algorithms, trademarks and logos in tax havens to strip earnings away from countries, such as Britain, where they are generated.

A case in point – maybe the most spectacular– is Google Alphabet, Google’s parent company. In 2003, less than a year before its initial public offering in August 2004, Google US transferred its search and advertising technologies to “Google Holdings”, a subsidiary incorporated in Ireland, but which for Irish tax purposes is a resident of Bermuda.

Ever since then, all the profits generated by these assets have ended up in Bermuda, after a (tax-free) detour via the Netherlands – the infamous “double Irish Dutch Sandwich”. In 2015, Google Alphabet reported $15.5bn in profits in Bermuda, where the corporate tax rate is a modest 0%. It is as if every Bermuda resident (almost none of whom actually work for Google) each generated $260,000 in profits for the company.

My colleagues Thomas Tørsløv and Ludvig Wier and I have combined the data published by tax havens all over the world to quantify the cost of the artificial shifting of profits. Tiny countries such as Bermuda do not produce meaningful statistics. The EU’s own tax havens – which are opaque in many ways, but at least have to comply with the statistical guidelines imposed by Eurostat – do.

Our research shows that six European tax havens alone (Luxembourg, Ireland, the Netherlands, Belgium, Malta and Cyprus) siphon off a total of €350bn every year. This is the amount of profit generated in mostly EU countries, which ends up – after being manipulated by armies of accountants in Luxembourg or the Netherlands – being taxed at bargain rates, typically between 0% and 5%. Globally, our data suggests more than €600bn is artificially shifted by multinationals to the world’s tax havens each year.

Who loses? By and large, the US and the bigger European countries, where most of the multinationals’ workers and consumers are located. Tax havens deprive the EU of the equivalent of a fifth of the corporate tax revenue it currently collects. This represents a cost of €60bn per a year. For the UK alone, the bill adds up to about €12.7bn.

Every country has the right to choose the form of taxation it wants. But when the Netherlands offers tailored tax deals to multinationals or Switzerland keeps the wealth of corrupt elites out of sight in its coffers, they steal the revenue of other nations. And while we lose, they win: through fees (sometimes a great influence on the international stage), and even – the supreme irony – actual tax revenue.

Take Ireland. Thirty years ago, when its corporation tax rate was 50%, Ireland collected less revenue from companies as a share of its national income than the US or the EU as a whole. Since it cut its rate to 12.5% in the 1990s – it has collected much more than high-tax countries. Is it because low taxes have spurred domestic activity, employment and growth? Not at all: the extra revenue ​originates from the fictitious profits that multinationals park in Dublin or Cork: profits generated by workers in other countries. The Irish government thus gets more income to spend on roads or hospitals; other countries get less. Nothing in the logic of free exchange justifies this theft.

It is simple to understand why it nonetheless persists. Given the enormous amount of profits shifted offshore, tax havens only need to impose taxes of ​just ​a few per cent to collect big sums relative to the size of their economy. As long as large sanctions are not imposed on them, offshore financial centres won’t spontaneously abandon this lucrative business. Unfortunately, governments have not been stellar up to now in their boldness or determination. The artificial shifting of profits thus keeps growing, year after year. US multinationals now make 63% of all their foreign profits in six havens, the most prominent being the Netherlands. This is 20 points more than in 2006.

And every time tax havens are forced to close a loophole, a new one is exploited. As the Paradise Papers have revealed, when Ireland announced it would phase out the “double Irish” by 2020, Apple was quick to set up similar tax-erasing arrangements in Jersey. Tax havens are a key driver of global inequality, because the main beneficiaries are the shareholders of the companies that use them to dodge taxes.

Most of the world’s equity wealth belongs to very wealthy people, so corporate tax avoidance only enriches a small group. And the taxes multinationals dodge have to be compensated for by higher taxes on lower-income households, making it harder for these people to save and accumulate wealth. In the absence of higher taxes, public spending has to fall. The revenue EU countries lose to tax havens represents the equivalent of about half of public spending on higher education. Tax havens, like climate change, are thus at the root of a massive intergenerational transfer of wealth, which enriches the old and impoverishes the young.

But there is an even more direct way in which tax havens increase inequality. On top of helping multinationals dodge taxes, offshore centres enable a number of ultra-wealthy individuals to hide their riches – from the taxman, business partners, spouses or judges. The equivalent of 10% of global GDP is held offshore by rich individuals in the form of bank deposits, equities, bonds​ and mutual fund shares, most of the time in the name of faceless shell corporations, foundations and trusts. Until recently, we did not have a good view of who owns this wealth, but my colleagues Annette Alstadsæter and Niels Johannesen and I have been able to make progress on this issue thanks to the leaks that have occurred over the past few years.

By investigating data from HSBC and the Panama Papers we were able to study how wealthy the typical users of tax havens are. The extent to which offshore wealth is concentrated in just a few hands is staggering. About 50% of the wealth held in tax havens belongs to households with more than $50m in net wealth, a group that private bankers call “ultra-high-net-​worth individuals”. These ultra-rich represent about 0.01% of the population of advanced economies.

The implications are dramatic in a country such as Russia, where most of the wealth at the top is held outside the country. In the ​UK, Spain, Germany and France, about 30-40% of the wealth of the richest 0.01% of households is held abroad. In the US, accounting for offshore wealth also increases inequality, but the effect is more muted than in Europe, because US wealth is already very concentrated even disregarding tax havens. In all cases, it is clear that our standard statistical toolkit to measure inequality is not adapted to the realities of 21st-century capitalism. And the problem is getting worse by the hour.

As global inequality rises, the companies located in offshore financial centres refocus their activity on a smaller but wealthier clientele. Wealth concealment thus deprives governments of about €155bn a year in revenue. In Britain alone, annual revenue losses are €6bn, to which must be added almost €12.7bn dodged by multinationals.

The veil of secrecy that used to surround the activities of tax havens has begun to lift. Yet much of the data is still missing. Most importantly, a growing share of offshore wealth (more than 60% in the case of that managed in Switzerland) is held through shell corporations, trusts and foundations, all designed to make the ultimate owners of the assets untraceable. It is impossible to properly fight tax evasion in such statistical fog.

A number of big banks, such as Credit Suisse and HSBC, have been fined by the US. But fines are often seen as the cost of doing business and dwarfed by profits. Threatening to withdraw banking licences would be a stronger deterrent.

The stakes are high. Most countries already have registries for real estate. We should first improve them by identifying the beneficial owners. Why do we allow a great chunk of Manhattan and London to be owned by faceless shells, potentially hiding criminals and money launderers? A world financial registry would deal a fatal blow to financial secrecy. It would create invaluable information about the distribution of wealth, without which it is hard to have serene debates about government policy. It should, in my view, be the main objective of the proponents of financial transparency for the years ahead.

Gabriel Zucman is assistant professor of economics at University of California, Berkeley.