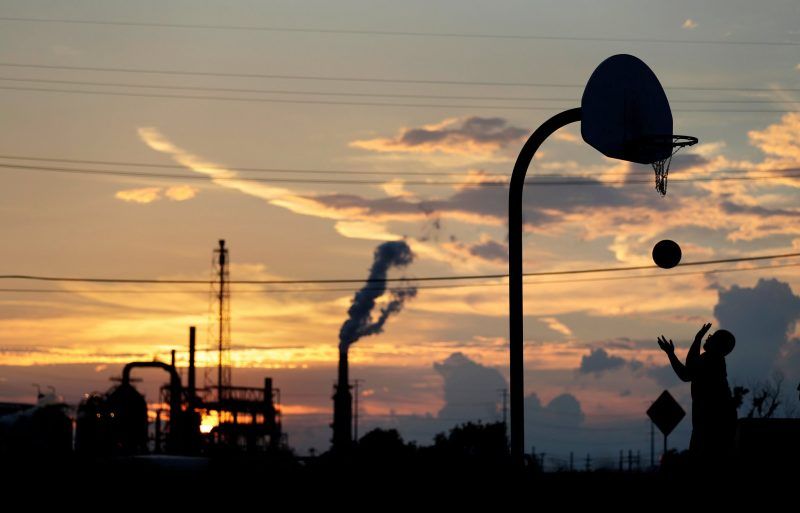 Since the dawn of the industrial age, humans have been pumping increasing amounts of carbon dioxide into the atmosphere by burning coal, oil and gas. Researchers at the Mauna Loa Observatory, perched on the side of a volcano on Hawaii’s Big Island, have measured atmospheric levels of this greenhouse gas since 1958. That first year, carbon dioxide averaged 316 parts per million. In May, it reached 410 p.p.m. — an amount never before experienced in the history of our species. This atmospheric carbon dioxide — as well as other heat-trapping gases and other air pollutants emitted by humans — is affecting our planet profoundly.

We helped write the “Climate Science Special Report: Fourth National Climate Assessment, Volume I,” released on Friday by the United States Global Change Research Program. This comprehensive report — the most up-to-date climate science report in the world — is an outstanding example of federal science in action, and is especially noteworthy given the current political climate.

The majority of the report’s 51 authors were drawn from federal agencies, like NASA, the National Oceanic and Atmospheric Administration and the Department of Energy. Much of the foundational data and modeling that underpin the report rely on government investments in observational data and high-performance computing. The report was strengthened by an extensive review process involving the public, the National Academy of Sciences, and all relevant federal agencies, spanning two administrations.

The report concludes that “global climate continues to change rapidly compared to the pace of the natural variations in climate that have occurred throughout Earth’s history.” It finds that “human activities, especially emissions of greenhouse gases, are the dominant cause of the observed warming since the mid-20th century.” The bottom line is that this report confirms and strengthens what the vast majority of climate scientists have known for decades: that climate is changing and humans are primarily responsible.

Recent observations and investment in modeling and research have only strengthened the quality and amount of evidence collected. As the report documents, each of the last three years has successively been the warmest on record based on observational data going back to the late 19th century, and 16 of the last 17 years have been among the 17 warmest years on record globally. Global sea level has risen by about 7 to 8 inches since 1900, with nearly half this rise occurring since 1993. A substantial component of this rise, which is accelerating the increased frequency of disruptive “nuisance” flooding in dozens of coastal American cities, is because of human activity. At the same time, the area of ocean covered by Arctic sea ice in September (the typical annual minimum) has decreased by about 50 percent, while its volume has decreased even more dramatically as the remaining ice thins.

The report also highlights growing reasons for concern. For example, ocean acidification, which occurs when atmospheric carbon dioxide is absorbed by seawater, is taking place at what is thought to be the fastest rate in at least 66 million years. Coupled with reductions in oxygen content in near-coastal American waters, this poses a significant threat to coastal fisheries and ecosystems. Much of the western United States is facing a growing threat of more severe drought and larger wildfires as higher temperatures, reduced snow pack and earlier spring snow melt reduce water availability during the warm season.
Continue reading the main story

To stabilize global temperature, net carbon dioxide emissions must be reduced to zero. The window of time is rapidly closing to reduce emissions and limit warming to no more than 3.6 degrees Fahrenheit or 2 degrees Celsius above preindustrial levels, the goal set in the Paris climate accord. The further we push the climate system beyond historical conditions, the greater the risks of potentially unforeseen and even catastrophic changes to the climate — so every reduction in emissions helps.

While climate models incorporate many important processes, they cannot include all aspects of the climate system and all of the possible interactions within that system. Vicious cycles between these climate components may push the Earth into states much different from the past: for example, one with a much smaller West Antarctic Ice Sheet and much higher sea level, or one without coral reefs and with greatly reduced marine biodiversity. Surprises can also come from compound extreme events like droughts, floods, heat waves, hurricanes and wildfires that may occur in multiple places at the same time, or sequentially in one place. What is clear is that, even though we cannot quantify all of the possible changes to every element of the climate system, the risks to things we care about — from the health of our children, to the future economic viability of our low-lying coastal cities and infrastructure — are real and growing.

And yet, there is also reason for optimism. The report documents how global carbon emissions may be leveling out, despite continued global economic growth. News reports in just this past year show how the cost of clean energy sources such as wind and solar have decreased dramatically both here and in emerging economies such as China, India and even the Middle East, sending powerful signals to long-term investors and businesses about which way things are trending. And more and more businesses, whether by choice or in response to investor demand, are asking: What risks do we face, if we do not plan for a changing climate?

All humans share this planet. We depend on it for the food we eat, the water we drink, the air we breathe, the natural resources it provides and the places where we live. For that reason, all Americans need to understand the risks we face, and the impact our choices will have on our future.

The authors are climate scientists. Radley Horton at Columbia University, Katharine Hayhoe at Texas Tech University, Robert Kopp at Rutgers University and Sarah Doherty at the University of Washington.